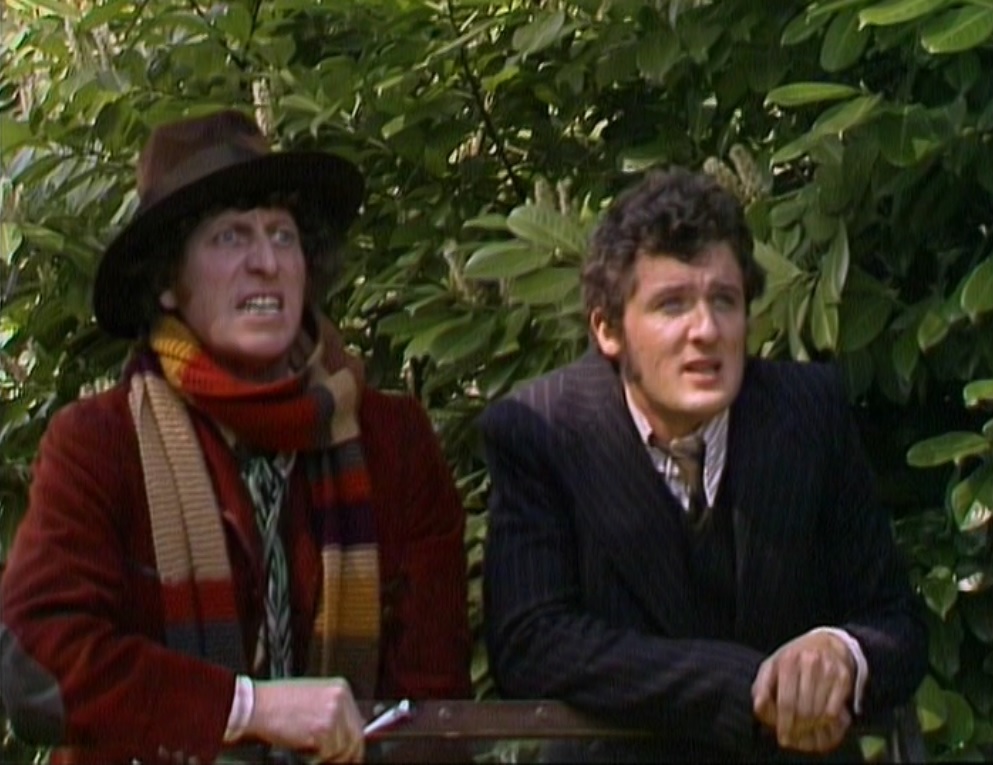 If you were to ask me, the boring old Mr. Grouchy Adult that I am, I’d say that “Robot” could have been safely wrapped up in three episodes. But that would rob our son of his favorite part of the serial. The Brigadier blasts the robot with the disintegrator gun, and, thanks to a little technobabble magic, the robot grows to giant size.

From the boring light of adulthood, this doesn’t look particularly convincing, and while director Christopher Barry does as good a job as can be expected, something shows up in shot after shot that destroys a grown-up’s suspension of disbelief. At the very least, it genuinely does look better than those dinosaurs from a few stories ago.

But our kid adored it. He shouted “Whoops!” when the robot started growing and it was all as convincing to him as Hollywood’s latest bit of CGI mayhem. After that mid-serial lull, he completely loved this story, and he believed in it, because he’s six and hasn’t become jaded by special effects. The new Doctor’s off to a fine start for him, and, with Lt. Harry Sullivan joining the Doctor and Sarah in the TARDIS, it’s time for Barry Letts to leave the role of producer to the new man in charge, Philip Hinchcliffe. And we’ll see what his take on the series will be this weekend.