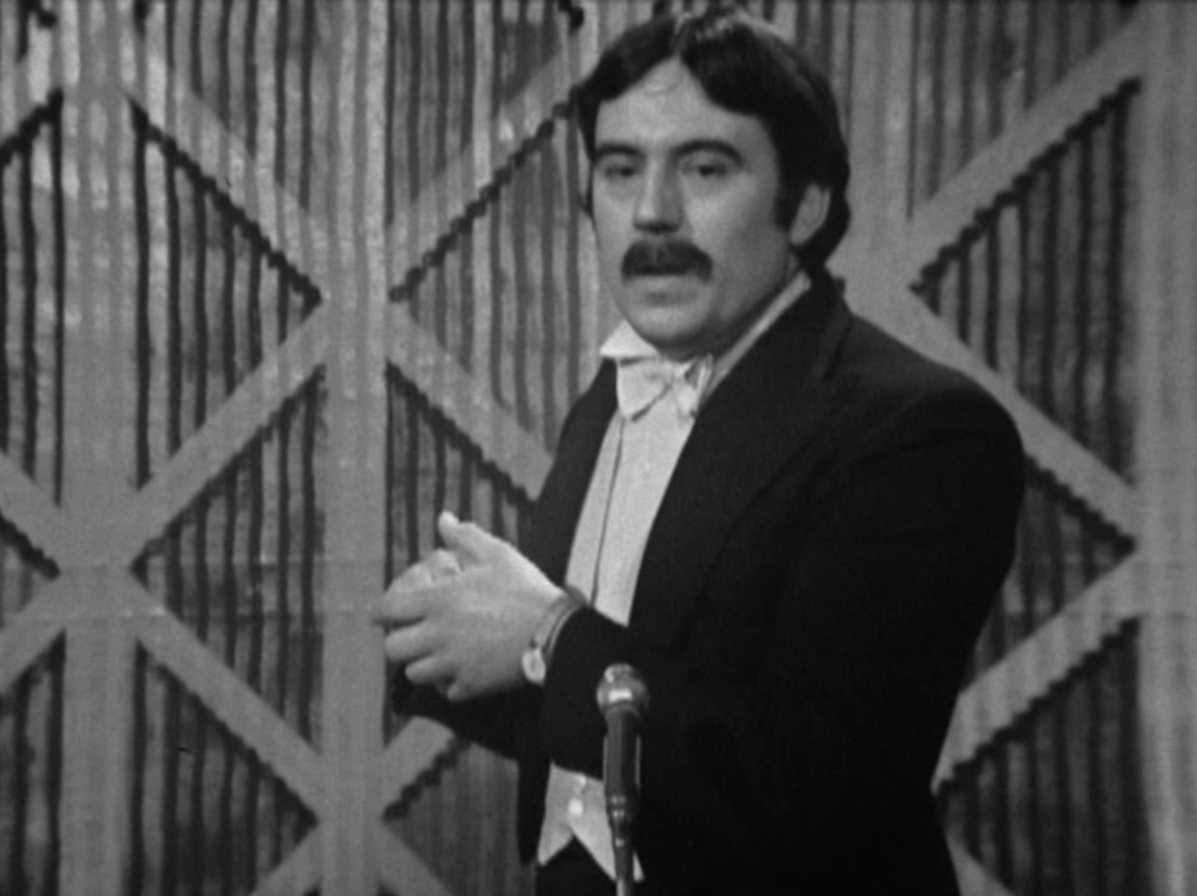 I was very saddened this morning to read that we lost the great Terry Jones after a long illness. From all of his television work, including Do Not Adjust Your Set and Ripping Yarns, to the films he wrote or directed, I’ve always been a fan. His Monty Python partner John Cleese tweeted out “Two down, four to go,” which seems appropriately irreverent. Our condolences to his family and friends.

Tonight we broke from our schedule and routine in a big silly way to watch some really funny old programs from the UK. In case you hadn’t heard, last month, the BFI released two sets comprising all of the surviving episodes of At Last the 1948 Show (first shown in 1967) and Do Not Adjust Your Set (first shown in 1967-69). 10 of the 13 1948s exist, and 14 of the 29 Sets. These have been given a clean-up, although not as comprehensive a restoration as would have been ideal, and released along with audio excerpts of some of the missing material, script pages, several documentaries and features.

These are shows that I first read about when I was in college, when even fewer of the episodes existed. I went through a long period of Monty Python fandom then, so I really wanted to see these back then, but they remained stubbornly unavailable. Some pretty ropey copies of some of the material came out in 2005, rush-released and without any TLC. I’m very glad to have made the upgrade.

If you’ve never seen them, At Last the 1948 Show featured Tim Brooke-Taylor, Graham Chapman, John Cleese, and Marty Feldman. We watched the first episode, which is mostly dominated by Cleese’s performances, until Feldman stole the show from everyone in a painfully funny sketch in which three alleged experts in art debate the authenticity of various pieces. This was the highlight of the whole evening. It’s always good when you miss some of the show from laughing so hard.

(Incidentally, I once had a few sketches from a compilation of Feldman’s 1968-69 series Marty, which also featured Tim Brooke-Taylor along with John Junkin. The three of them are in a sketch about the Edinburgh Festival which is one of the funniest things ever written. I’d love to see more of Marty, and the 1971-72 Marty Feldman Comedy Machine one day.)

Next up, we looked at the Boxing Day “pilot” of Do Not Adjust Your Set, which starred Denise Coffey, Eric Idle, David Jason, Terry Jones, and Michael Palin. Each episode features a tune or two by the Bonzo Dog Doo-Dah Band, one of those oddball acts I find interesting but not particularly compelling or funny. Musical dada, basically. In fact, I was much more interested in spending an hour watching the documentary about them on disk three a few days ago than I am spending three minutes listening to their tunes.

Our son is familiar with Set already, because he’s watched the nine episodes that came out on that 2005 DVD, sighing ostentatiously when the Bonzos play and giggling uncontrollably when Jason and Coffey take over for the weekly serialized adventure of Captain Fantastic, where an oddball hero confronts the surreal machinations of the evil Mrs. Black. The pilot only has a little of the Captain – Idle introduces a preview of the serial while eating a bowl of cereal. Set was ostensibly a children’s show, with the humor coming more from slapstick, sight gags, and wordplay and free from references to either high or popular culture or skewering bureaucracy like you’d see in 1948 or Python. The standout for me was a TV game show in which Idle spends so long explaining the sound effects and rules that they run out of time to play it.

We then dipped back into the 1948 set to watch the “Four Yorkshiremen” sketch, which I’ve unfortunately seen too many times, but our kid never had, and then looked at one of the surviving fragments of Dudley Moore and Peter Cook’s Not Only… But Also which I’d been saving for a rainy day to show our son. I first saw the sketch “Superthunderstingcar” around 1996 and had to pause the tape because I’d quit breathing from laughing. Our son echoed almost everybody to whom I’ve ever shown this by giggling here and there and summing it up with a shake of the head and announcing that it was the stupidest thing he’d ever seen.

(Bizarrely, that’s been the case whenever I’ve shown Not Only… But Also to anybody. The Pete ‘n Dud double-acts would get a small chuckle, especially when Moore almost loses it and falls down laughing, and so would any of the Arthur Streeb-Greebling interviews, also especially when Moore almost loses it and falls down laughing, but that’s about it. I once showed a room Ladies and Gentlemen, Ludwig van Beethoven!, which reimagines Ludwig as the host of an early ’70s Englebert Humperdinck-type variety show. We got to the bit where William Wordsworth was reciting poetry while girls dressed as daffodils danced around him, which is side-splittingly funny, and while I was pounding the floor laughing, a dozen people sat in stone-faced silence wondering what on earth they were looking at.)

Well, anyway, “Superthunderstingcar,” in which Dad, Brains, and Johnny Jupiter singularly fail to save Engerlund’s tourist attractions from the menace of Masterbraun and Klaut, remains godlike in its inspiration and execution. It’s a little mean to the original voice actors – I’m pretty sure Peter Dyneley knew how to pronounce “Parliament” – but it’s a parody so perfect that we are incredibly lucky that this episode survived when so much of the show was wiped, even if our favorite eight year-old critic was largely unimpressed!