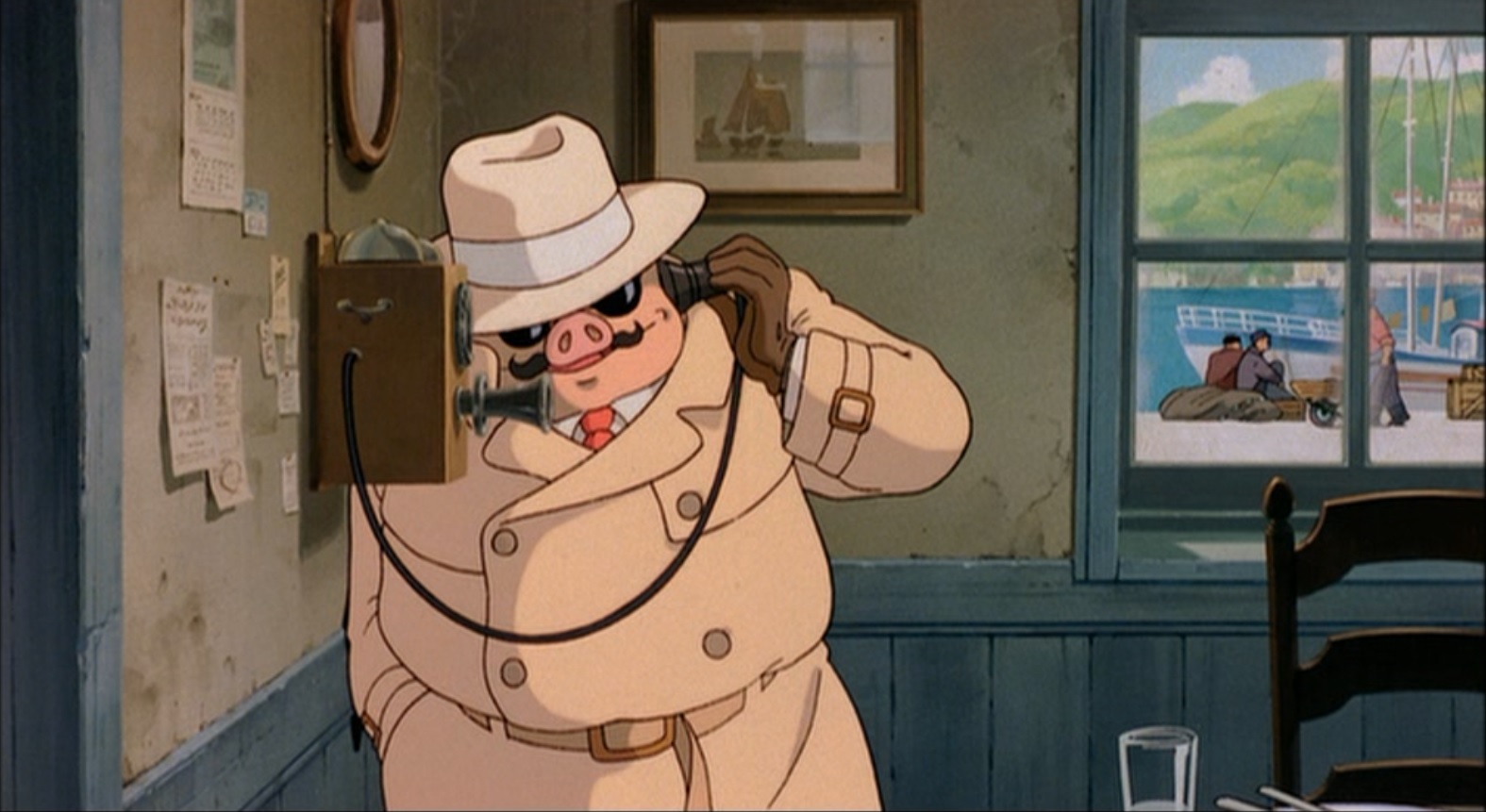 Shout! Factory and GKids have been releasing director Hayao Miyazaki’s films for Studio Ghibli in these beautiful steelbooks with minimal design and bright, solid colors. I told myself years ago that I would not, would not, would not let myself be tempted down the steelbook path, but all of my Ghibli films were badly in need of upgrades, and I prefer uniform design, and they’re all so gosh-darned pretty.

I was a little concerned and discouraged, because Miyazaki is not the only director with that studio, and their other output deserves the same treatment. Happily, they have announced that the next two in the series were directed by other people: Whisper of the Heart and The Cat Returns, coming in March. I’m very glad to see them shift the focus to the rest of the really talented directors at that studio, and while it does mean that Miyazaki’s Porco Rosso, as well as The Wind Rises, will have to come later on, I don’t mind waiting. After all, I’d waited 29 years to watch this one already. 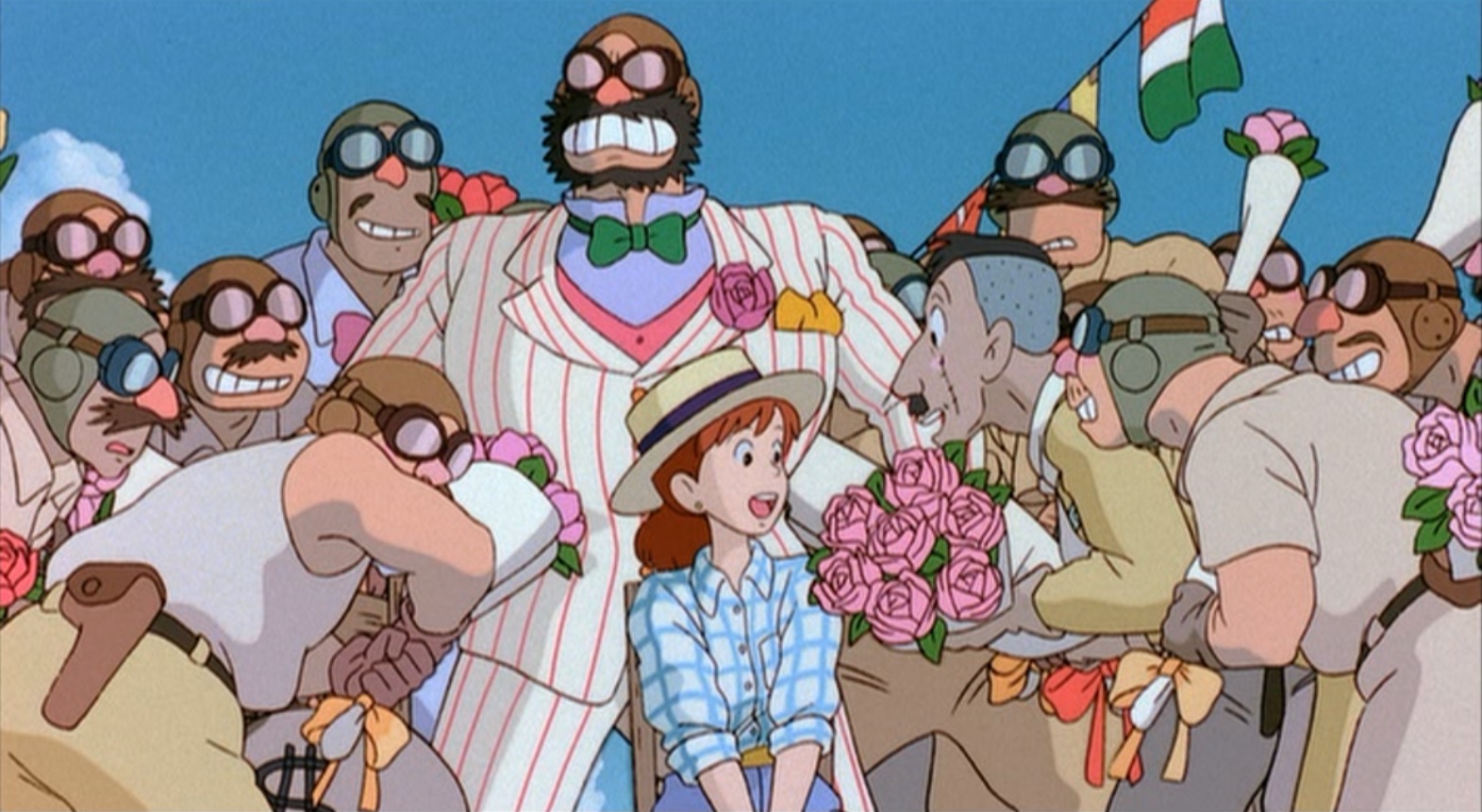 I sincerely have no idea why it took me so long to get around to watching this movie. It’s been on my get-around-to-it list for decades, but when I decided to introduce our son to old and beloved films together around the structure of this blog, I just picked up a copy seven years ago (DVD, from the Book Nook in Marietta GA, the receipt tells me) and let it collect a little dust until it came up in the rotation. It was worth the wait; we all enjoyed this tremendously.

“Porco Rosso” is the unflattering nickname given to a man originally named Marco. He was a seaplane pilot in the 1910s with many friends, but somehow – and I love how this is not detailed at all – he was cursed by a witch and now has a pig’s head. So he keeps to himself and works as a bounty hunter in the Mediterranean and Adriatic Seas, which are beset by dangerous, albeit lovably stupid, air pirates. One of his old friends runs a hotel and restaurant nearby and he goes to see her occasionally, and another old pal is a mechanic in Milan who occasionally gives him a small line of credit to repair all the massive damage his plane takes. 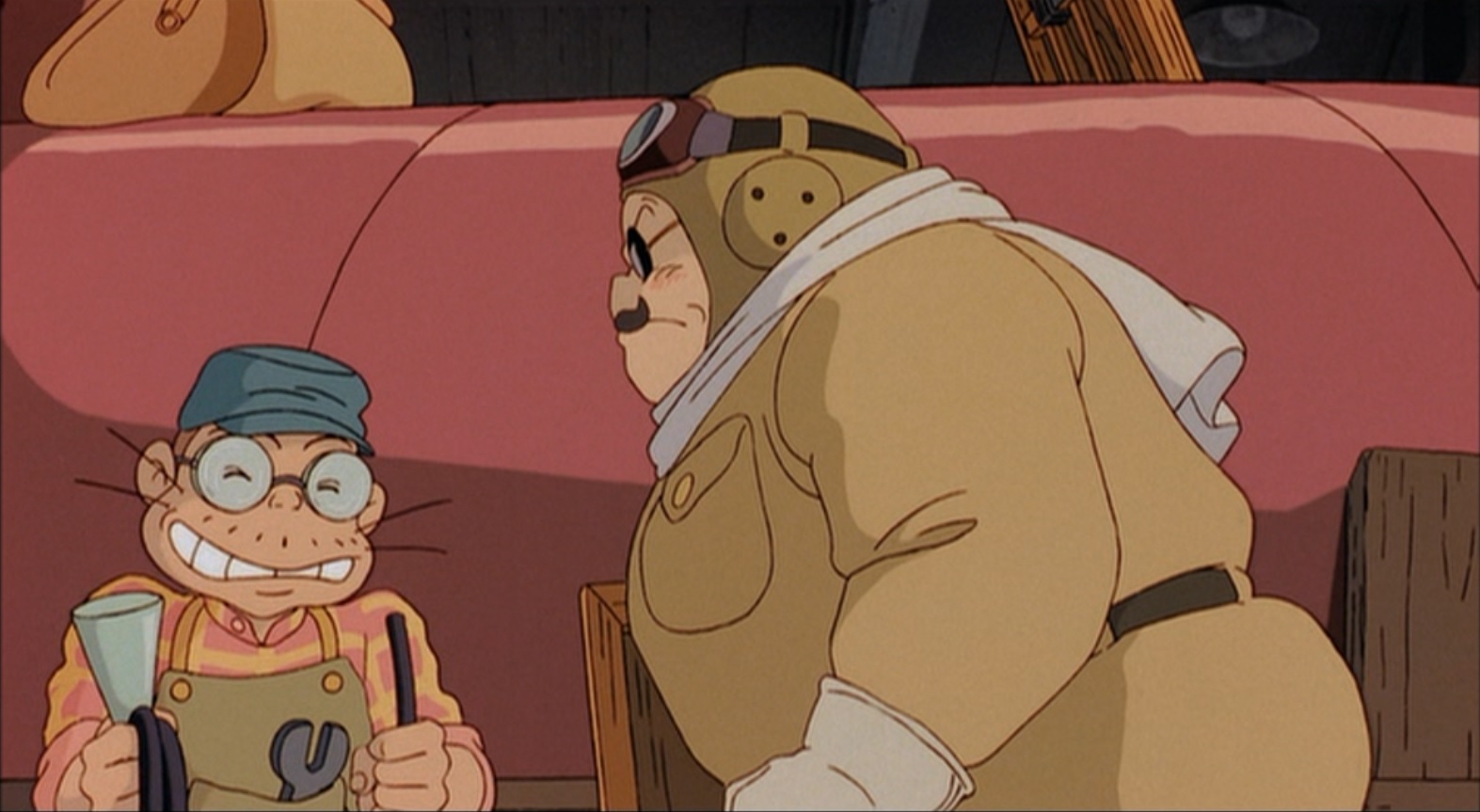 So one day, a hotshot American contracts with the pirates and shoots Porco out of the sky while he was on his way to Milan for repairs. Milan isn’t safe anymore, and all the young men have joined the army and the air force, but the mechanic insists that his seventeen year-old granddaughter is a great engineer and his all-female crew is perfectly capable of rebuilding his plane. But can he get out of Italy before the secret police find him, and do something about that American flyboy?

So no, I shouldn’t have waited so long to watch this. I really enjoyed it, probably even more than our son, who chuckled and laughed all the way through over the pirates’ dumb shenanigans and people refusing to back down from escalating situations. Miyazaki pulls out several tricks he’d used in earlier movies about flying, including the lever-pulling tech within cockpits, and planes moving in and out of clouds, so it’s familiar in many ways but it’s such an interesting story. It’s set in someplace broadly like our history, but at kind of an odd angle.

I like the characters of Porco and Theo quite a lot, and just love the way the story is told, especially the ending. Perfectly, it sets up a possibility or two after the climax and lets the audience wonder about them. It’s a very, very good film. When Shout! announces the steelbook, I’ll have a preorder in at RightStuf immediately.