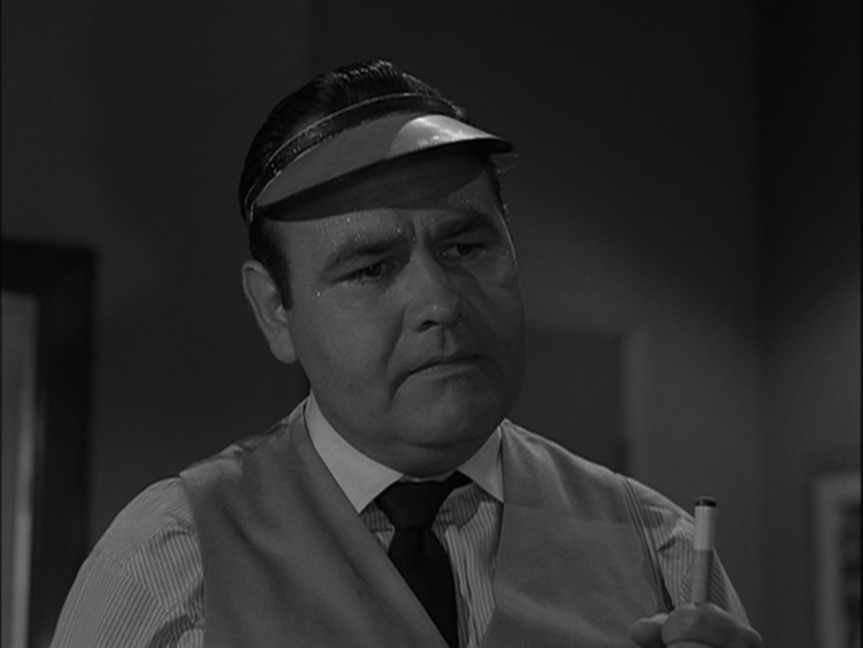 Tonight, we switched things up a little and enjoyed a small experiment. In the late 1980s, after CBS had cancelled the revived Twilight Zone, the production company decided to shoot thirty more half-hour episodes as cheaply as possible to make a syndication package. One of these was a remake of George Clayton Johnson’s “A Game of Pool.” We watched the original version of this, starring Jonathan Winters and Jack Klugman, a couple of years ago.

We started by talking about what it meant to the world of the past to have enough episodes for a syndication package. This was a huge problem for studios and production companies in the past, but it doesn’t mean anything anymore. On streaming services, it doesn’t matter if you have 65 or 100 episodes or just two. I don’t know whether CBS Access has ordered a third season of the modern version of Zone, but if they don’t, nobody’s going to shell out for six more episodes to beef the total to 26, are they?

“A Game of Pool” was remounted in 1988 with Esai Morales and Maury Chaykin in the roles of Jesse Cardiff and Fats Brown. I’m going to quibble about this Fats being dead for fifteen years with a late eighties haircut like that, but otherwise it was very interesting to see the choices the director and actors made. The original ran a couple of minutes longer, since TV had fewer ads in 1961, so the color version moves faster and loses some of the monologues. There are almost no two-shots, and far fewer closeups. I’d really recommend any aspiring filmmakers take an hour and watch this more closely than I did; I’m sure they will learn a huge amount about the choices made to present this story.

I’m also sure that, even with the possible presence of a shark to manipulate the tables when the camera is not on the actors, there is enough visual proof of all four actors sinking shots for me to know that I would have lost a game of pool against any of these four men.

The most interesting change about the remake is that they restored the ending of Johnson’s script. It was changed for the black and white run so that Cardiff wins the game, beats Fats, and gets to spend eternity being called down to pool halls from Sandusky to Statesboro to defend his name. In the color version, Cardiff loses, expects Fats to murder him or claim his soul or something, and Fats has a more spirit-crushing fate in mind. Either way, I think the lesson I take from “A Game of Pool” is that playing games to have fun with friends is probably going to be more fulfilling for me than playing against a legend’s reputation.

Our son was attentive but not really appreciative of this experiment. Rewatching the original was all he needed; doing it again felt like work. I confess I’m a little curious now to compare the original version of “The After Hours” to the 1986 one with Terry Farrell, but maybe I won’t make him sit through both of those with me!

This is our 2300th post! We haven’t run out of steam yet though; there are plenty more TV shows and movies to watch!

One thought on “The Twilight Zone: Two Games of Pool”