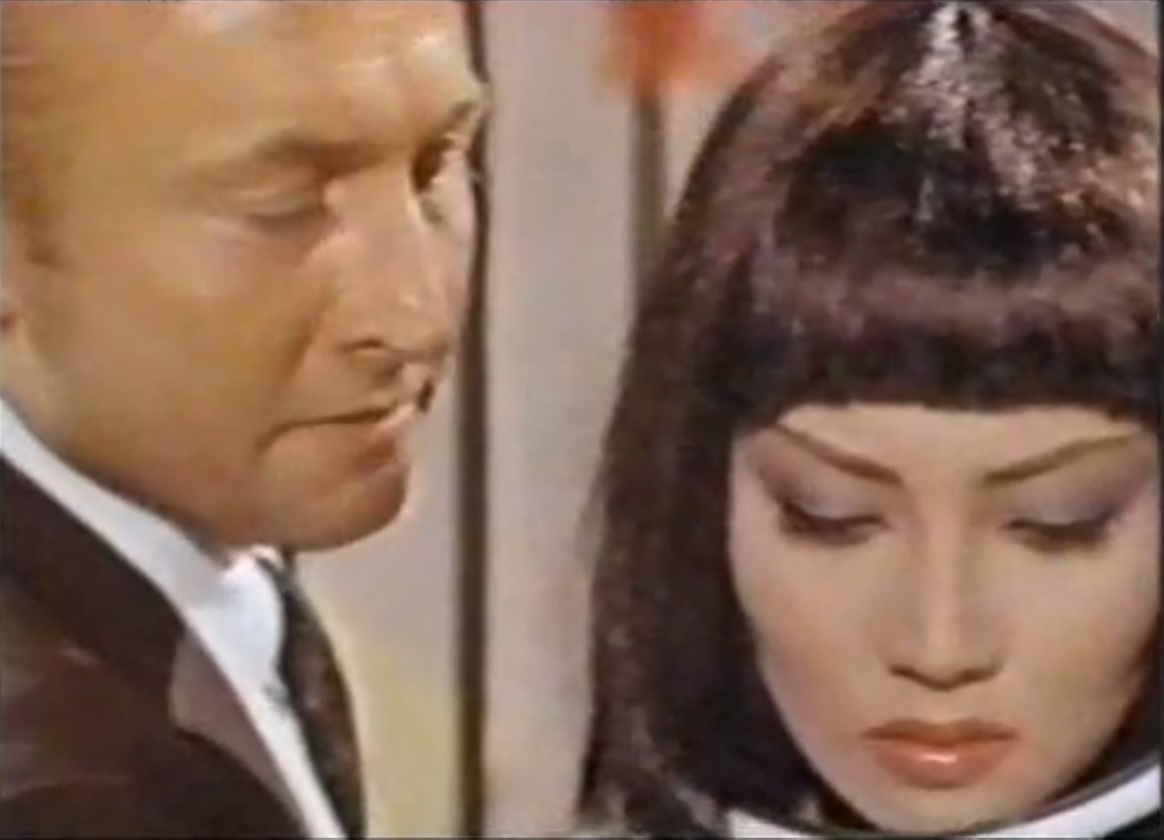 There’s a bit in the English dub of Monster Zero where a woman, offscreen, bellows “AAAAAAAHHH!! LOOK OUT THE WINDOWWWWWW!!!” I, of course, replied “Proof positive that you can steal a scene without being in it.”

After the movie, our son thanked me for running the dubbed version. He said, “I prefer watching them dubbed because sometimes I have trouble reading the subtitles, and sometimes they go off the screen while I’m still reading them.” Reasonable points, both, but I cautioned him that sometimes the trouble with watching dubbed versions of movies made in other languages is that the dub is unreliable, stupid, or sometimes just plain ridiculous. And so I put on Bad American Dubbing, the first of three half-hour presentations of some of the worst moments that happened when American producers got their mitts and scissors on Japanese cartoons and live-action sci-fi.

My friends at Corn Pone Flicks made these presentations – documentaries is a bit inaccurate – in the mid-nineties, and I’m overheard in the peanut gallery at one point complaining about something. They’re pretty funny, full of deeply stupid moments and snarky commentary. They’re a bit insular, and rely on fan knowledge, especially from three decades’ distance. More subtitles definitely would help. One pops up at a helpful moment to clarify that it wasn’t Corn Pone who messed with the synchronization. No, one direct-to-video producer honestly released a tape where the dialogue between two characters had them mouthing each others’ lines.

But on the other hand, fans probably knew, in 1993, that Space Pirate Captain Harlock shouldn’t sound like the talking cowboy hat from Lidsville. But if you’ve never met the character before, you might not understand the problem. And while fans know that Sergeant Knox in the second season of Yamato most emphatically did not get out right behind the hero, the joke can only make sense to somebody who’d never seen it before if we got to see the cut scene of Knox getting shot full of holes. That would place the “nobody dies on American TV for kids” line in proper context. The moment also should have been placed right after a later, very silly moment where an actress’s death scene is undermined by somebody saying “She’s unconscious!” Suuuuuuure, she is.

It lands with punches more often than not, as actors talk in incredible run-on sentences, employ half-assed “French” accents and Bela Lugosi voices, and struggle to be heard under the poorly-mixed noise of two different musical soundtracks. Characters don’t think that women are people, modulation needs to be looked at to be believed, the Prince of Space needs to tell his enemies that their ray guns have no effect on him seven separate times in a ninety minute movie, and Flash Contrail and the Differentiated Idioblast remind us that the clowns writing the scripts for these dubs were taking the piss.

At one point, Nadia of Blue Water’s little red pendant begins to glow. It’s not actually a problem with the dub, but it’s a fun excuse for Dave from Let’s Anime, one of the narrators, to compare it to Ultraman’s warning light. Our kid howled laughing, and while he took my point that some dubs are pretty terrible, he would still rather watch Japanese movies and cartoons dubbed, and clarified “I loved that Ultraman riff!”

Click the image of Nick Adams and his space girlfriend to visit Corn Pone Flicks‘ site and enjoy the shows!