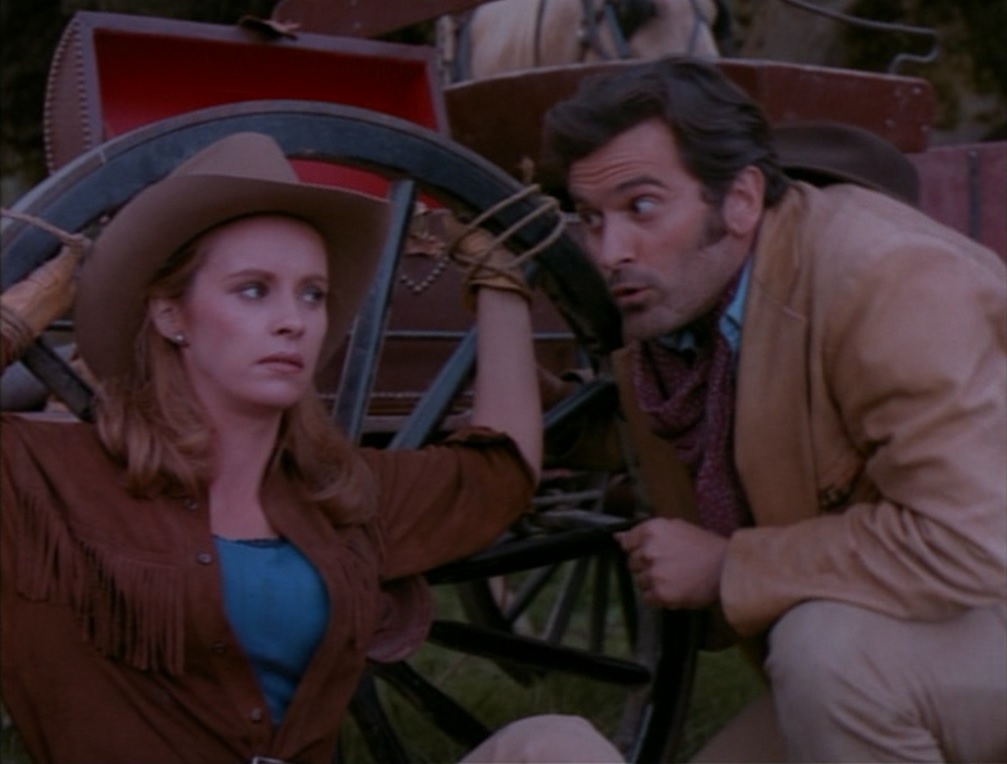 It used to be that networks would order thirteen hours of a new drama, see how it performed, and then decide whether to order enough to finish the season. With that in mind – and counting episode one as two hours – this was probably the original end point of Brisco County, Jr., with a conclusion to John Bly and the Orb story. It’s not a particularly strong conclusion, as it leaves lots of questions unanswered, but it would have done had this been the end. Happily, Fox liked what they saw even though the ratings were not very good, and asked for more than this. So there’s a tacked-on epilogue that John Bly escaped, and more adventures the following week.

Interestingly, after the initial thirteen, a “back nine” was the style in those days, because 22 hours was the standard for a season of TV drama. Brisco got one of the largest seasons of a network show in the nineties, with Fox ordering fifteen additional hours, 28 in all. It was like the sixties again.

Joining our heroes for this roundup, it’s the surprise casting of pop star Sheena Easton as a bounty hunter named Crystal Hawks. Despite what Carlton Cuse and John McNamara’s script tells us, it really doesn’t look like Easton had ever thrown a punch in her life before making this, because man alive, does she ever telegraph her next moves. A few other colorful bounty hunters make tiny appearances in this episode, which kind of feels like a missed opportunity in that regard. On the other hand, there’s a terrific chase through a city street with piles of extras and horses, and Billy Drago’s so downright amazing that at one point he briefly ends up with some pink longjohns in his face and he still doesn’t lose his dignity.