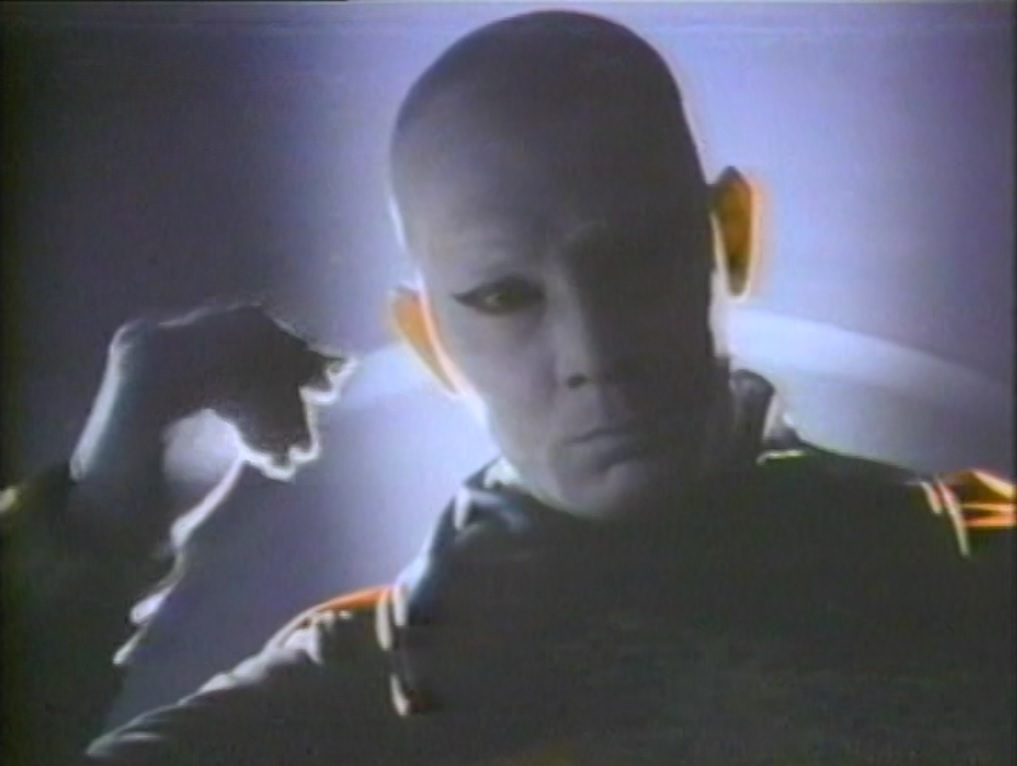 In the 1970s, Tsubaraya Productions made several sci-fi television shows apart from their most popular franchise, Ultraman. I don’t think that any of these really need trouble your attention much. There was Mighty Jack, of course, and Jumborg Ace, and Time of / Army of the Apes, and the see-it-to-believe it Dinosaur War Aizenborg, in which cartoon characters save the world from live-action actors in dinosaur costumes. That would have been a silly series in the first place, but then somebody decided that these needed to be talking dinosaurs.

Recognizing that I’m not the best candidate to debate the issue, Star Wolf was probably the best of this unfortunate bunch of lousy teevee shows. The premise comes from a trio of novels by Edmond Hamilton. Centuries in the future – well, possibly, the English-language script is very, very questionable – some aliens led by Lord Halkon attack the Earth. One of their “Star Wolf” raiders, Ken, gets into a fight with his colleague about whether to murder civilians, goes rogue and joins Captain Joe and his crew to save the galaxy from his former allies. 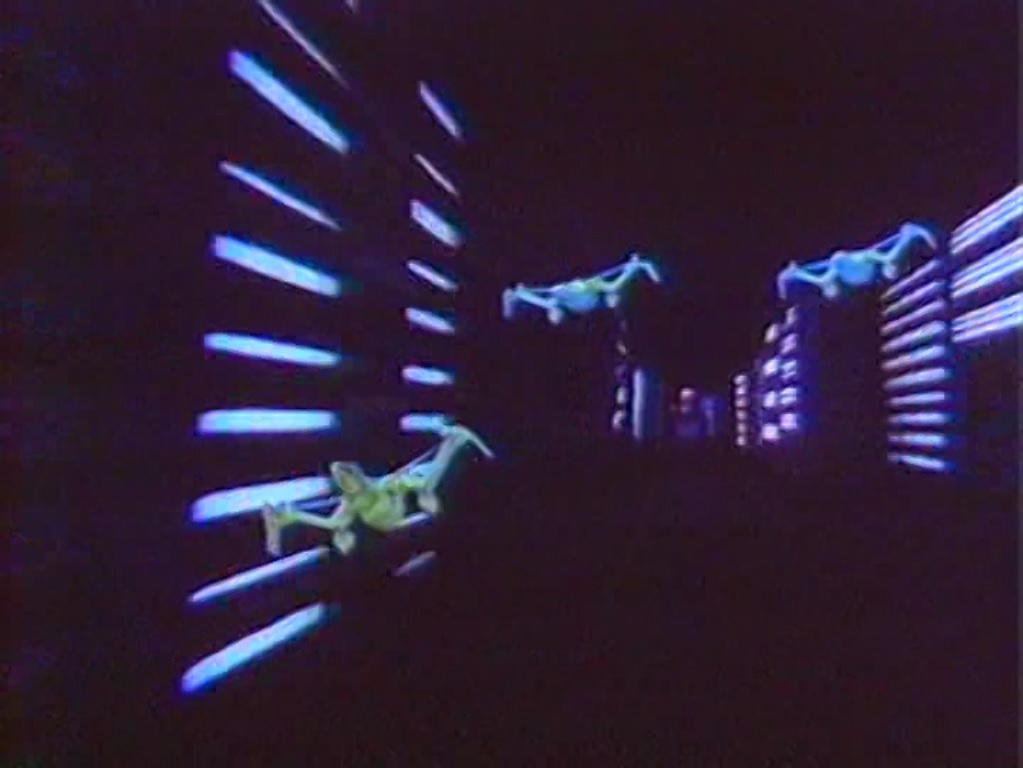 Star Wolf ran for 24 half-hour episodes in the spring and summer of 1978. Regardless of the story’s origins in Hamilton’s novels from the late sixties, the show’s design was all Star Wars. There’s a Vader Villain, ships that look like X-Wings, other ships with the Millennium Falcon’s cockpit windows, laser guns, even a light saber in one tiny bit. It’s a derivative and silly kids’ show, but for all I know, the original series might not have been too bad. Some of the miniature work is really pretty good.

But we may never know whether the original program was worth a darn, because this wasn’t released in English by a company that knew to hire Peter Fernandez and Corrine Orr to do the voices and edit out as little as possible. No, the English language rights to most of the seventies Tsubaraya shows were purchased by Sandy Frank, the source of all our pain, and if there was anything worth watching in Star Wolf, it’s not evident in what came next.

Fugitive Alien is a 100-minute compilation of the first several episodes of Star Wolf, and it is a breathtaking mess. The film was packaged and offered to UHF stations in 1986, and it is so incompetent that Mystery Science Theater 3000 did it twice, and watching it without Joel and the Bots is like a day without sunshine. The voice actors are probably Sandy Frank’s neighbors gathered around a condenser mic, the script uses “country,” “nation,” “planet,” and “constellation” interchangeably, people describe characters as not wearing space suits when they plainly are, that sort of thing. 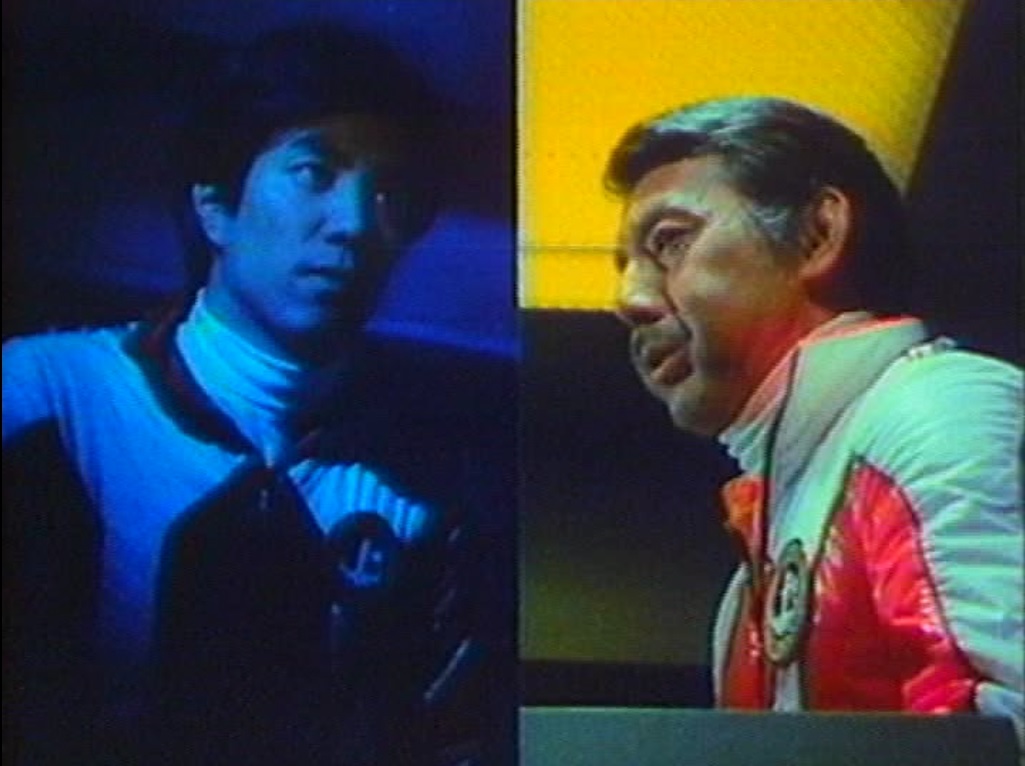 Our son tolerated it. My wife went to the grocery store. He was attentive in the beginning, when Lord Halkon has ordered his forces to destroy all life on Earth – his forces just rob a jewelry store and steal some gold bars, so that command might have been a quirk of the Sandy Frank script – and paid attention again when Ken gets arrested on the Planet That’s the Middle East, but the forty-some minutes between them are ponderous talking scenes in office buildings. Well, Rocky tries to kill Ken with a forklift, so I guess you could say that something happens then.

Magically, you can tell from the costumes and design and cars that the original series, much like Ultraman, was set in the near-future, with technology we could imagine as right around the corner from the present day. So you’ve got average joes in 1977-78 clothes riding around in Jeeps watching slideshows and punching up information on TRS-80s talking about their centuries-old alliance with the Planet That’s the Middle East.

The film does have an actual ending, but it also says “To Be Continued.” I did not break my son’s heart when I told him I did not have a copy of Fugitive Alien 2 and that we would not be watching it.