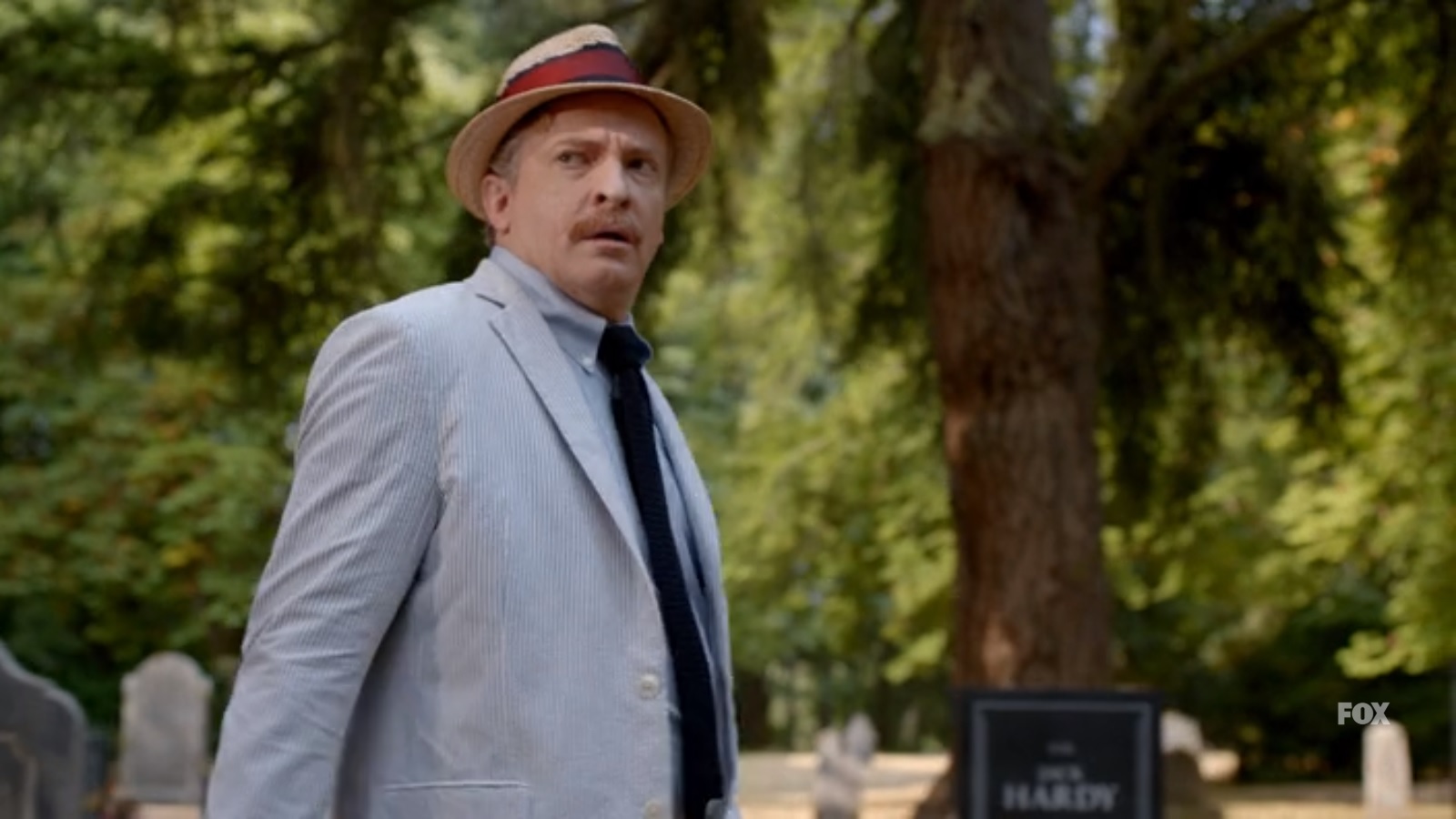 Late last night, when not a creature was stirring, not even our kid (yet), I showed Marie one of Darin Morgan’s masterpieces from the third season of The X Files, “Clyde Bruckman’s Final Repose.” She wasn’t blown away. Around 2013, I showed her one of his other masterpieces from that year, “Jose Chung’s From Outer Space” and she didn’t punch the air amazed by that, either. And the evening after “Mulder and Scully Meet the Were-Monster” aired in 2016, I had her watch it and she just smiled politely. Dames.

I really enjoyed most of the first six years of The X Files, but Darin Morgan’s three scripts for the 1995-96 season were far and away my favorites. He also wrote a very good one for season two. I lost interest in the show eventually, and only raised about half an eyebrow when they announced its return. But then I read that Morgan was returning and bought some popcorn for the occasion. I absolutely love his skewed take on the series’ tropes and rules, and his dark humor. He just doesn’t work in television enough.

“Mulder and Scully Meet the Were-Monster” isn’t the most kid-friendly thing that I’ve ever shown our son, and I winced – I didn’t smile, I winced – when we hit a couple of kid-unfriendly moments in the story, but I wanted to show him how Kolchak: The Night Stalker still has a fun and silly influence over television producers and writers. Guest star Rhys Darby, whose voice our kid has heard as the reckless idiot Langstrom Fischler in Thunderbirds are Go, plays a fellow whose path crosses Mulder and Scully’s as they venture to Oregon to investigate reports of a lizard creature. Worryingly, Darby’s character, who calls himself “Guy Mann,” pilfered the suit and hat from some poor dead fellow in the Oregon forest. Best not to think of whose body that might have been. 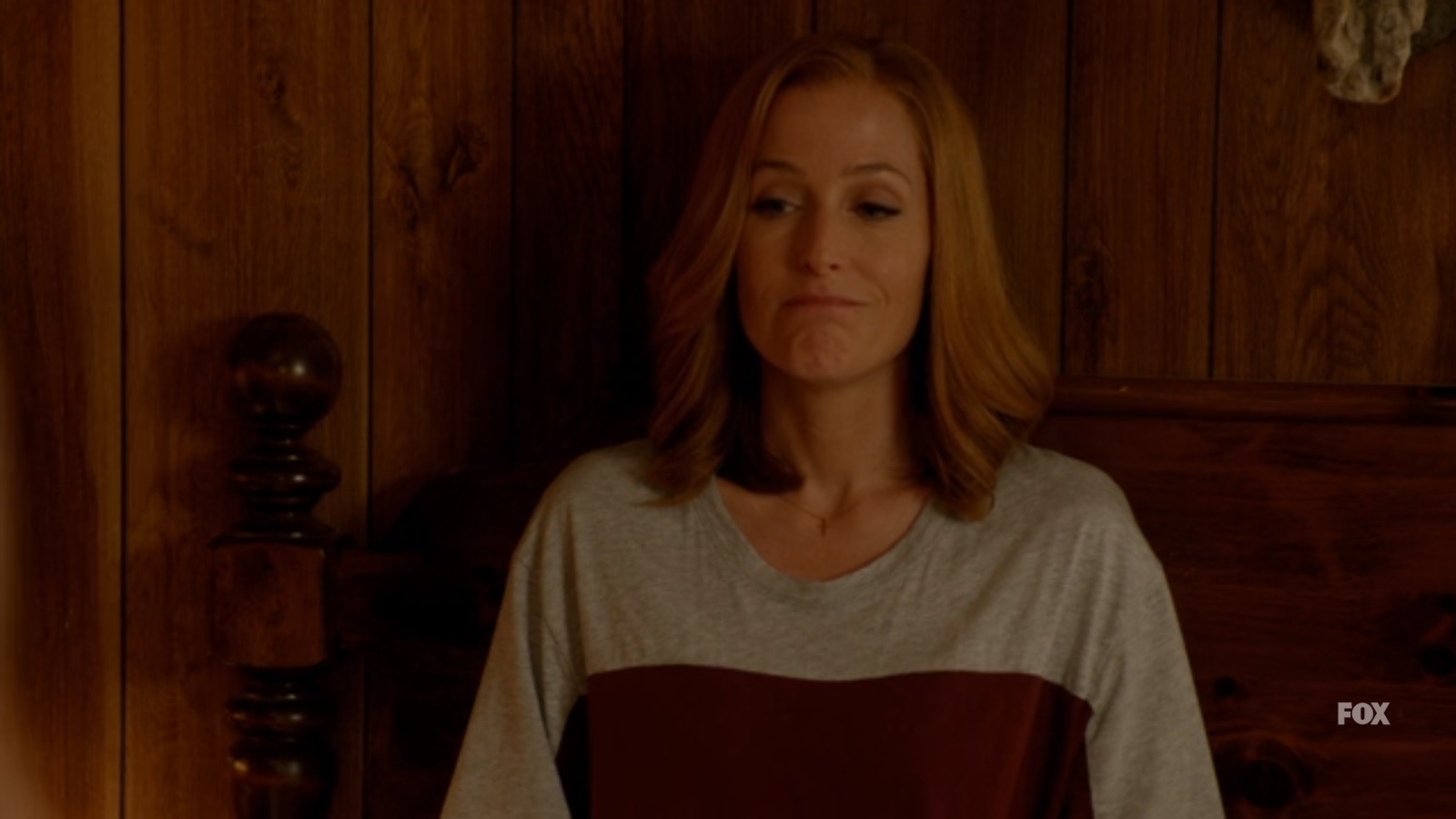 The episode finds Fox Mulder at a low point, not really wanting to believe in the paranormal and extraterrestrial any longer, since all his old obsessions have been debunked. This puts the heroes in a very amusing place, as Mulder can’t find the energy to care any more and even his smartphone’s new camera app leaves him clueless like a boomer about how to fix it. Scully swats away Mulder’s feeble explanation of what might be happening – our son giggled throughout but lost it spectacularly when Scully clarifies that he really thinks this could be a six-foot horny toad with human teeth – but in a standout, bravura moment, Mulder gets his moxie back after one conversation with a creepy motel manager and delivers a massive, endless, hilarious monologue to Scully, encompassing secrets man was not meant to know, the origins of werewolf lore, forms of life we haven’t discovered yet, and conspiracies about scientists on the run from Big Pharma.

“Yeah, this is how I like my Mulder,” Scully replies.

“So you’re agreeing with me?” Mulder says.

Yeah, this is how I like my X Files.