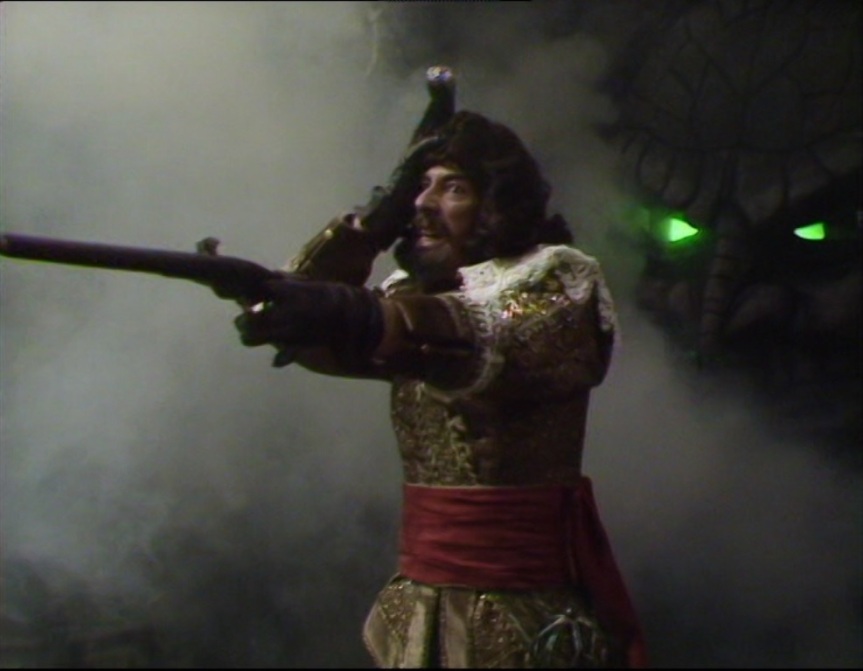 A while back, I said that in the mid-eighties, Doctor Who got complacent. Example one: “The Awakening” is the first story since “Black Orchid” two years previously to have no returning villains. As such, it’s really a breath of fresh air. It’s also incredibly fast-paced for the period, proving that quite a lot of Doctor Who could have been done in about half the time, and it makes the two serials on either side feel even slower by comparison.

I’m happy that “The Awakening” gave our son a couple of good frights. He said this one was very scary, and he hid under his blanket at least three times. It’s about a big stone creature called the Malus that’s been hiding in a church wall for centuries. It feeds on psychic energy and possesses lesser beings into committing violence to feed itself. There’s some guff in the script about spaceships and probes from the planet Halkol to keep this from being a simple, old-fashioned ghost story. All you need to know is that it’s a big animatronic face in a wall that roars and belches smoke and makes people want to kill each other. This may not be art, but it’s a trillion times better than “Warriors of the Deep.” 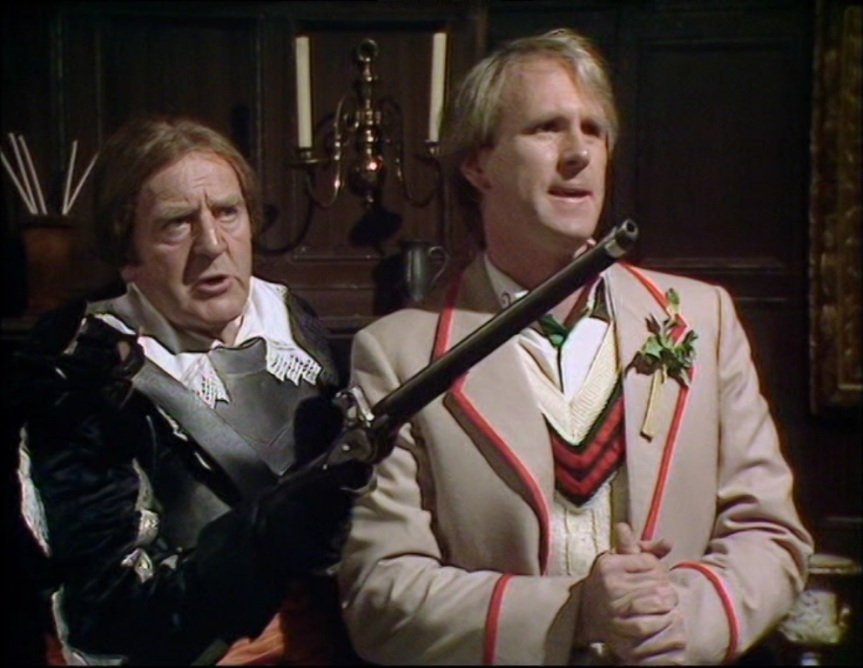 Joining our heroes this time out, there’s a great guest cast. Back in “Kinda,” the Doctor basically took guest star Nerys Hughes on as his companion of the story. This time, it’s Polly James, who was Hughes’ co-star from the seventies sitcom The Liver Birds. (Oddly, very little of that show – only two of its nine series – has been released on DVD. Still, only £15.09 right now, I might pick that up…) Anyway, as much as I like Janet Fielding, it’s fun watching Peter Davison explaining all the space stuff to good actors with good comic timing like Polly James. Plus, there’s the great Glyn Houston as a villager who finds himself on the heroes’ side, and Dennis Lill as the main baddie.

I also like the way this story ends, with a pile of guest stars agreeing with Tegan and Turlough that it’s high time the Doctor takes a break and everybody’s just going to stay on Earth for a few days. That’s partially because it’s a cute scene, and partially because I’m very naughty and once had an audience laughing hysterically as I made up some very inappropriate fanfic to horrify a very “trad” fan in an explanation what the Doctor got up to in Little Hodcombe. It ended with her screaming “There’s no canonical evidence that happened!”

But I also like the idea that one day in Little Hodcombe, the Doctor was reading the newspaper and saw that there was a charity cricket match in the nearby village of Stockbridge. If you are not familiar with Marvel’s run of Fifth Doctor comics, then I can’t recommend them highly enough. They were written by Steve Parkhouse, and drawn by Dave Gibbons, Mick Austin, and Steve Dillon, and they fit almost perfectly in the space between this story and the next TV one. They’re all collected in the Panini edition The Tides of Time and are huge fun. (I say almost perfectly because they use the version of Rassilon that Parkhouse had invented for the comic in 1981, before he showed up in “The Five Doctors” as a totally different character. Just handwave it or call him Dumbledore or make up some inappropriate fanfic and it’ll all work out.)