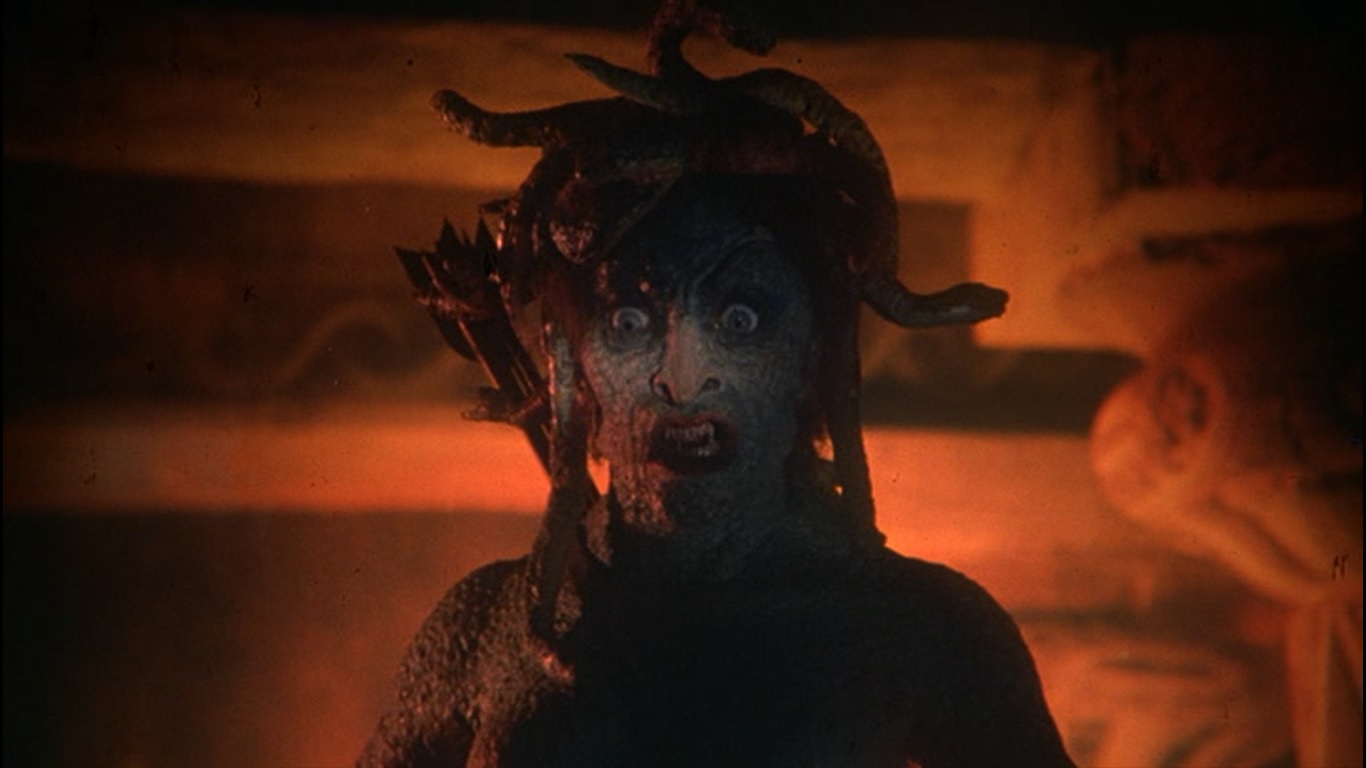 I remember the summer of 1981 pretty well. That was when I was old enough to go to the movies with a friend without a grownup. That was quite a summer for films. I remember going to see For Your Eyes Only, Dragonslayer, Raiders of the Lost Ark, and Clash of the Titans several times. Five bucks would get me a matinee, popcorn, Coke, and a complaint from my mother that movies used to cost a dime.

Grown-up movie critics thought that Clash of the Titans was old hat, but not to this ten year-old. You may recall that Tom Hanks once said that Jason and the Argonauts is the greatest movie ever made. Objectively, Clash isn’t as good, but it had absolutely everything that ten year-old me could ask for. There are monsters, blood, angry Greek gods, a skeletal ferryman, and seven or eight seconds of nudity. This was the best use of five dollars anybody had ever come up with.

Honestly, this really is a little old hat, and perhaps not Ray Harryhausen’s finest film, but it’s still entertaining, and since he was planning to retire after it, it’s a high point, just not his highest. It’s another of his classic quest stories, this time drawn from the myths and legends of ancient Greece, and the visual effects are as good as ever. Laurence Olivier, Maggie Smith, and Ursula Andress scheme and backstab on Mount Olympus, and on Earth, Harry Hamlin, Burgess Meredith, Siân Phillips, Judy Bowker, and Tim Piggot-Smith get caught up in their machinations. 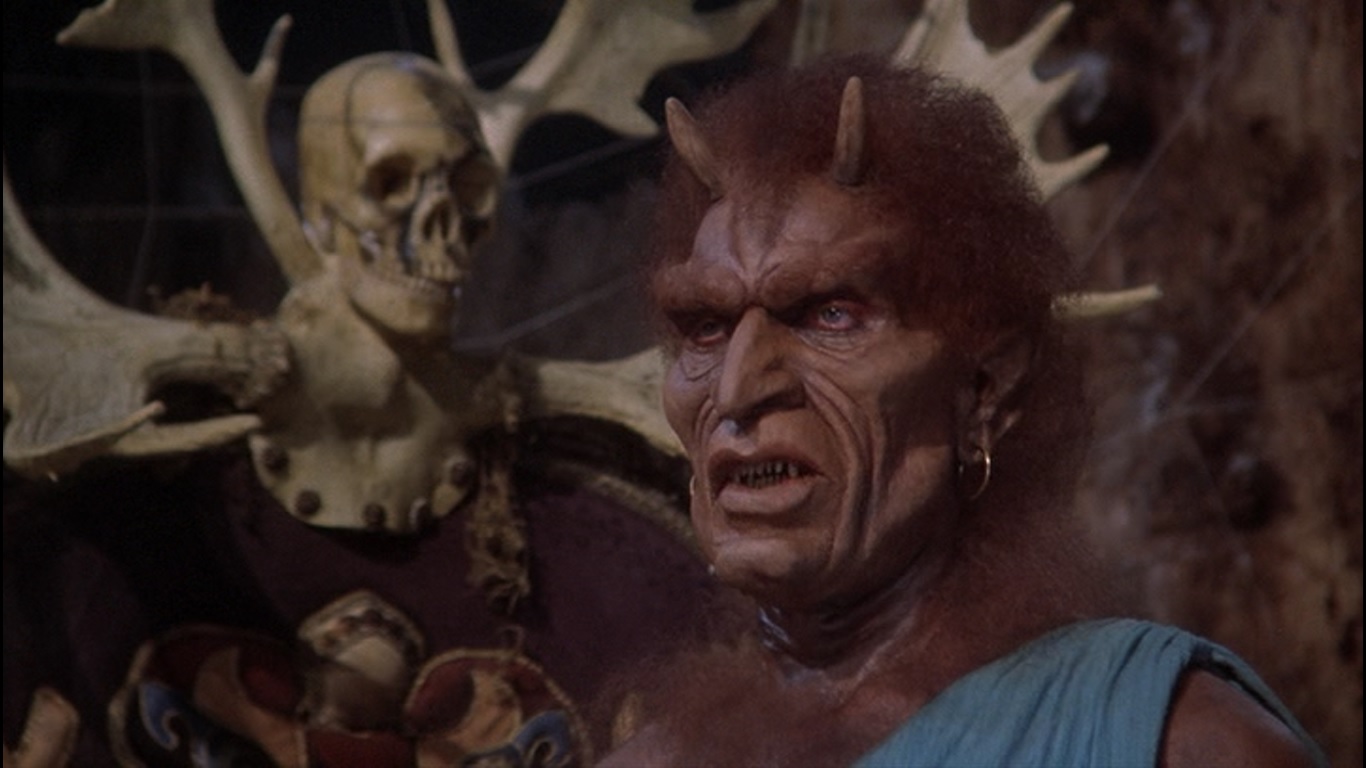 None of them get caught as badly as Neil McCarthy, whom our son remembers fondly as Sam from the first series of Catweazle. For the crime of slaughtering Zeus’s winged horses, Calibos is turned into a deformed, demonic creature, portrayed by McCarthy in the closeups and by stop-motion animation in longer shots. During their first fight, Perseus slices off one of Calibos’s hands. The villain replaces his lost hand with a small trident, and, proving that he wasn’t paying the strictest attention in the world, when we see Calibos later, our son asked “Why does he have a fork?”!

It did, mercifully, register that Burgess Meredith was playing the role of Perseus’s friend, the poet and playwright Ammon. That might be because I pointed out his name in the credits. “You know who that is, right? He’s been in three Twilight Zones and he was the Penguin in Batman, okay?” I’ll get this kid recognizing character actors, by Zeus. 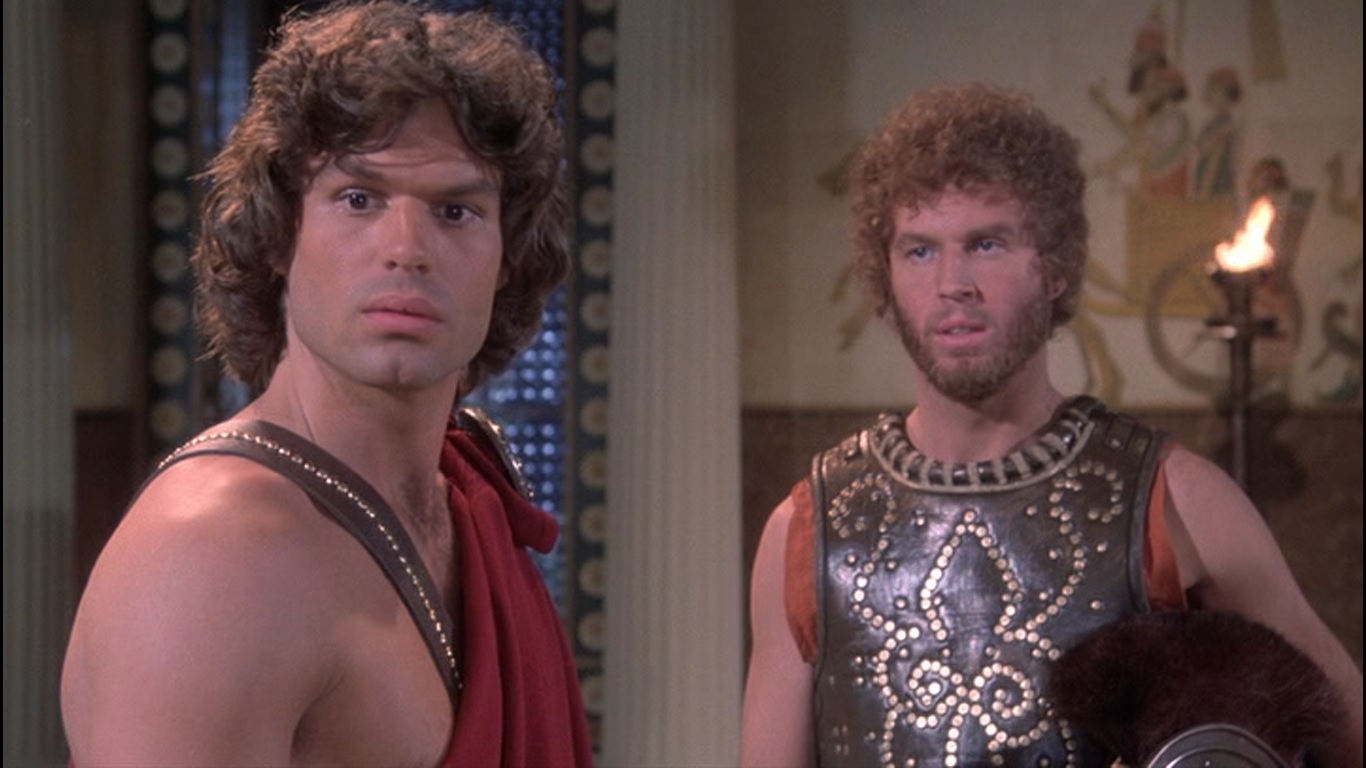 But overall, he was not quite as wild about this as I was as a kid. Marie suggested that I was a couple of years older during my weeks of seeing this again and again, and it’s probably also true that the ferryman Charon blew my mind because, in 1981, I was a bigger fan of Marvel Comics’ Ghost Rider than any other boy in America. I just liked skeletons a whole lot then. Our son even protested that the Kraken’s four arms were excessive.

But another reason this wasn’t a mammoth success is that this is one of those rare films that actually opens with the scene that he loved the most. The Kraken’s destruction of the city of Argos was the high point, and the rest of the movie, even the amazing battle against Medusa, didn’t compare. He did, however, get all hunched up and worried during that fight. Then he complained afterward that Medusa didn’t use “her eye weapon” as much in the fight as he wanted.

In fairness, though, he has already seen Jason of the Argonauts.