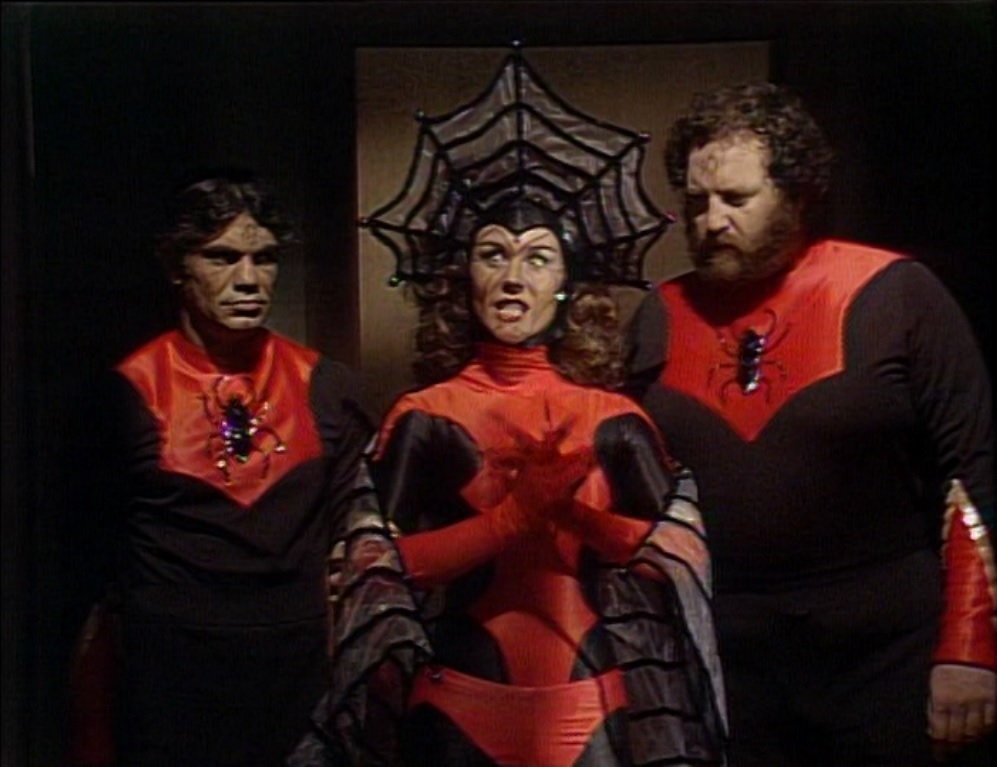 This is the only episode of Electra Woman and Dyna Girl written by non-Krofft regulars: Gerry Day and Bethel Leslie. Day would later write one of the lousy ABC episodes of Columbo. I mean lousy even by the low standards of the ABC episodes of Columbo. The writers succeeded in frightening Daniel for the first time watching this series. As befits her criminal name, the Spider Lady has a box full of tarantulas, which crawl across the floor and up the imprisoned Electra Woman’s boots. It seems extraordinarily likely that Deidre Hall was not actually wearing her boots in those shots. Our son absolutely hated the sight of those tarantulas!

Do you remember the Spider-Man segments of The Electric Company with the really, really ridiculous villains? Most of the actors on Electra Woman and Dyna Girl played the bad guys like they were actually on the sixties’ Batman, but Tiffany Bolling played this part like she was on Electric Company. And just to keep this trend of arachnids going, the year after she made this silly story, Bolling starred opposite William Shatner in the film Kingdom of the Spiders, which I remember scaring the life out of my kid brother when it showed up on one of our local UHF channels in the early eighties.

Overall, this was a silly little diversion and not one of the better episodes of the show, but the real standout was the reuse of a memorable visual and sound effect from the Land of the Lost episode “The Pylon Express”. Anything to save a buck, I suppose, especially since this episode actually had three additional speaking parts beyond Bolling, making it almost lavish by comparison with the others.