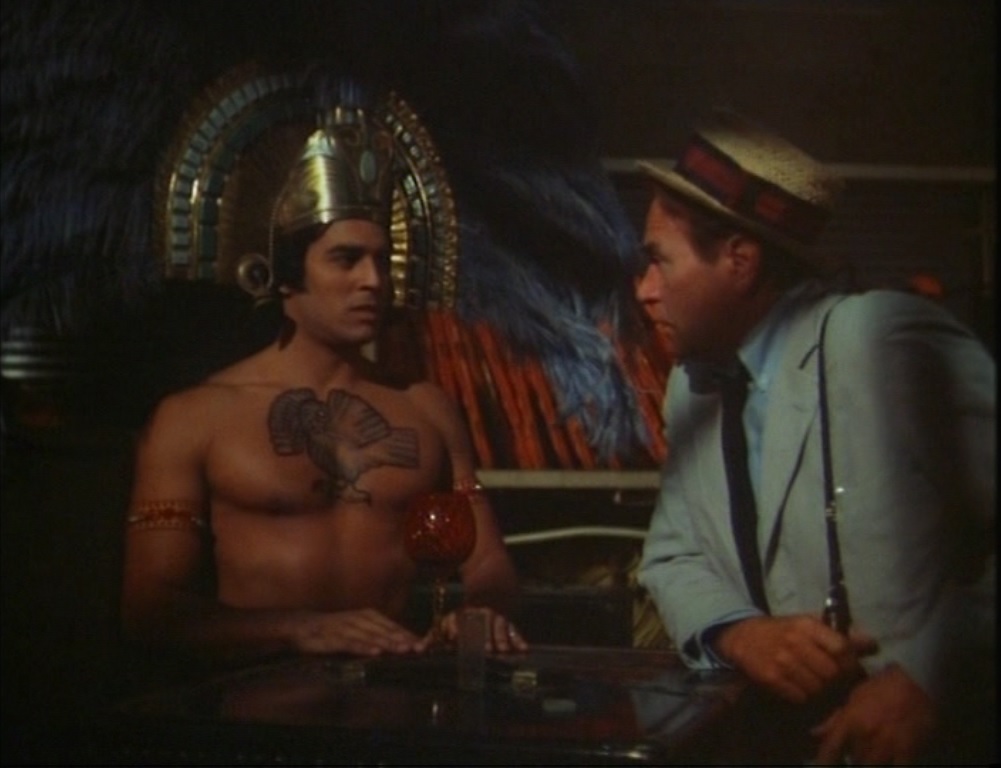 Arthur Rowe’s “Legacy of Terror” probably isn’t anybody’s favorite episode of Kolchak, but I thought it was huge fun. It starts with our hero narrating “I promised I’d show up with a haircut, new hat and pressed suit, but I lie a lot,” and I chuckled through the whole thing. Tony gets a zinger when Carl sets himself up with a question about why a rich hotel magnate would hire a dummy like Erik Estrada’s character for his VP. Whenever I set myself up for a burn like the one Tony throws back, I need some aloe.

Estrada has two costumes in this story. Given the choice of going out in public in a pink Saturday Night Fever disco suit with seven-inch lapels or the bare-chested bird suit shown above, I’d have to think about it a while. Ramon Bieri is back as this week’s cop who’s had it up to here with Kolchak, only by this point in the show’s troubled and rushed production, nobody seems to have noticed that the last captain that Bieri played had a different name. Nor did anybody seem to notice that they’d already done a story about a killer who sleeps for decades and wakes up to kill a set number of victims before vanishing again.

Despite the plot holes and repetitions, I did enjoy the hour, but my favorite part might have been noticing the setting of the final sacrifice. It’s set in a sports arena, and while I haven’t been able to figure where it was filmed – possibly on the USC campus? – it was so refreshing to see the camera show us this huge, empty, maybe 2500 seat arena and not a single corporate logo anywhere in sight. See, the seventies weren’t all bad. 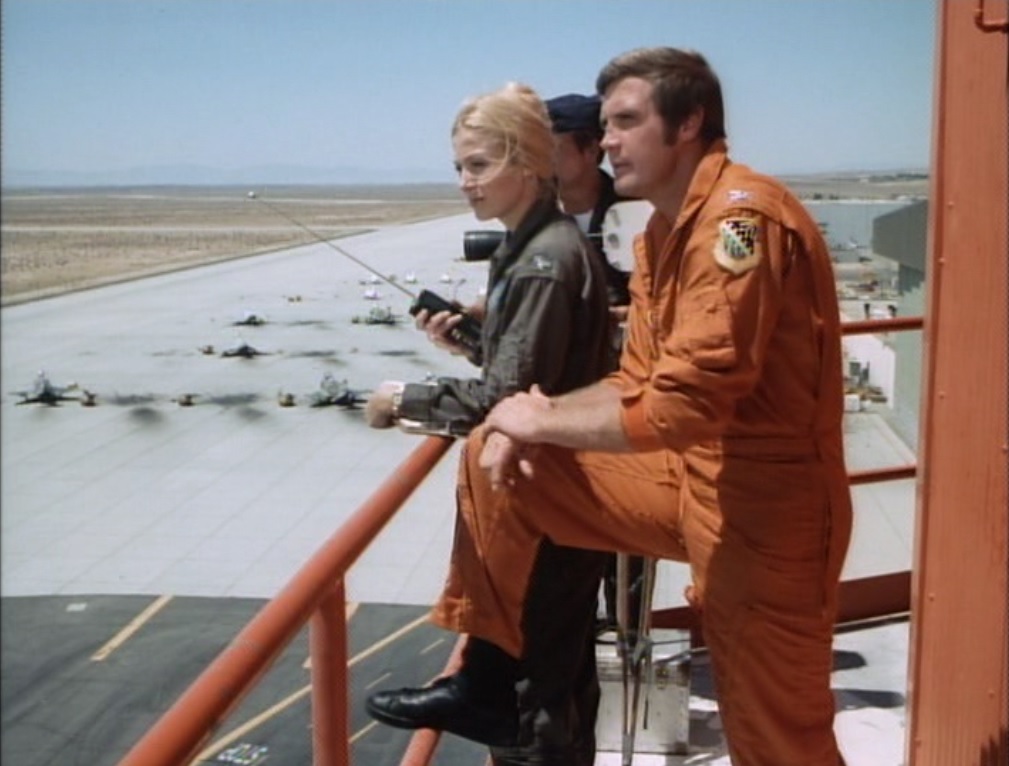 I must have picked this episode because Tim O’Connor’s in it. He’s the top-billed guest star, but he’s not actually in it much. It’s set at a USAF test pilot school with airmen from all around the country. Erik Estrada plays a major from the nation of Kutan, who doesn’t get along with a pilot from Israel. One of them is being targeted by a criminal scientist with a device that makes planes crash. Our son enjoyed all the footage of jets more than the grown-ups enjoyed anything.

Proving that you can start with something small and dull and turn it into a very impressive career, this appears to be the first screen credit for James D. Parriott, who would go on to write some more Bionic-universe episodes at the start of a very long career. He would later create Forever Knight and join the production staff of Grey’s Anatomy for a while. He’s currently one of the producers of Amazon’s spy comedy Patriot.