Doctor Who‘s 2008 Christmas episode climaxes with a giant steampunk robot rising out of the Thames and menacing the city. “I. Want. A. Toy. Of. That,” our son said. Who can blame him? Astonishingly, there doesn’t seem to be one. You could get a little Cyberking statuette in one of those partwork magazine collections, but nobody’s made a two-foot tall steampunk Cyberking to stand alongside a fellow’s Shogun Warriors. Character Options evidently don’t have any nine year-old boys in their test audience.

Anyway, the Cyberking overshadowed the rest of the story for our son. It was amusing at the time, letting the audience wonder whether guest star David Morrissey was going to play the eleventh Doctor. I’m not quite sold on Morrissey’s “Doctor” performance, which feels mannered to me, but it hardly matters because the real man – Jackson Lake – is so convincingly human and heartbroken and real. Dervla Kirwan, who we saw in a Randall & Hopkirk (Deceased) earlier this year, plays the villain. I certainly enjoyed how the story seems like it’s going straight to the well of the Cybermen’s human ally being dragged kicking and screaming into their inevitable betrayal, only to have a devilish, albeit unlikely, trick up its sleeve. 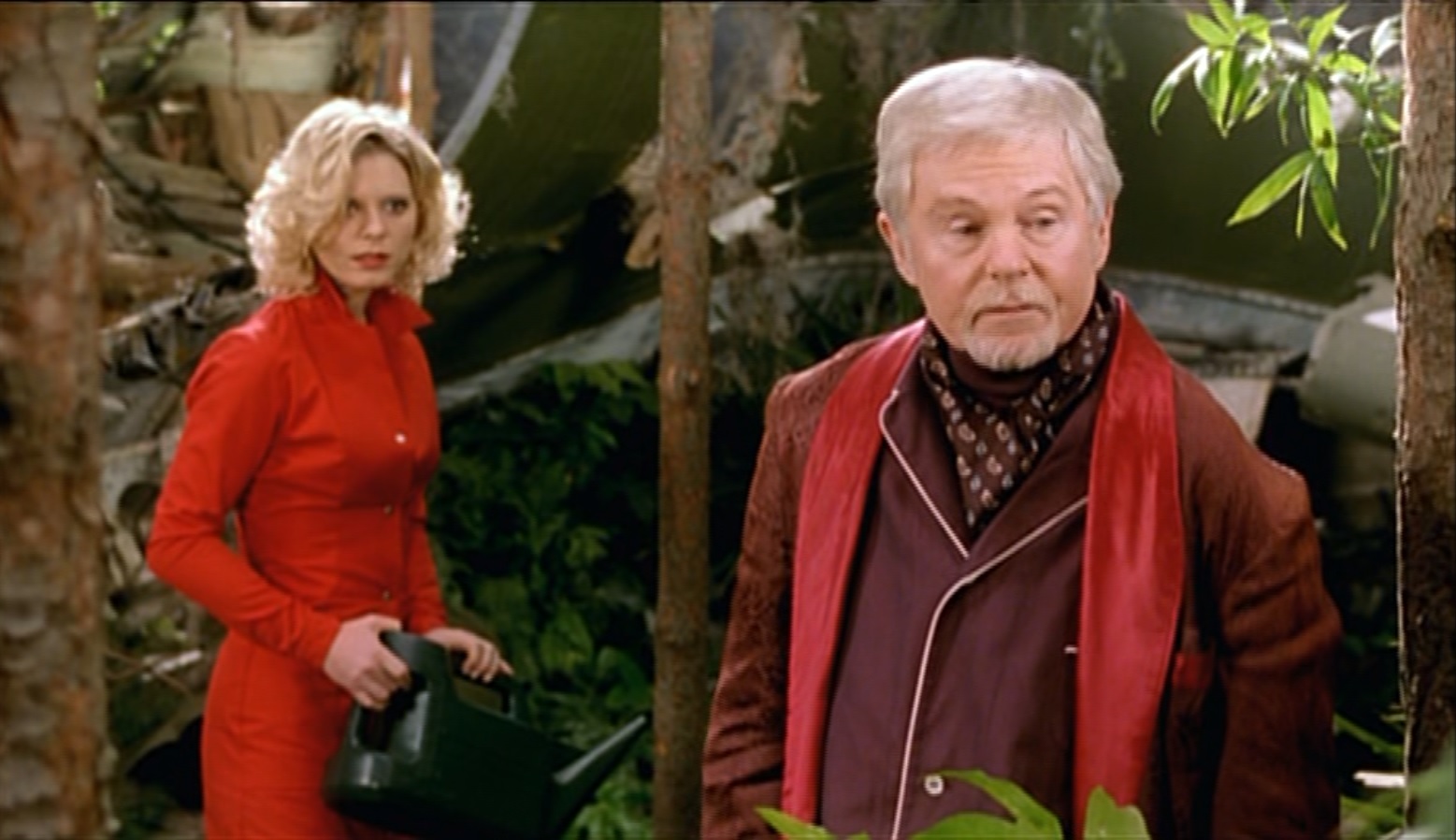 I have to admit that I didn’t think I was going to enjoy this one very much. Two civil servants hire Jeff and Jeannie to infiltrate a top secret research base run by villain-of-the-week Derek Jacobi, with Dervla Kirwan as a femme fatale in charge of human resources, despite Jeff’s complete unsuitability in pretending he’s a top research chemist. There’s only so much talking-yer-way-outta-trouble that I can stand before the cringing takes over.

However, it ends beautifully. Gareth Roberts’ script is about the villain’s attempt to synthesize a very rare jungle plant that will hold back pain and even death, just so long as you keep dosing yourself with the drug. Otherwise the pain, or the death you’ve been cheating for a quarter century, is going to snap at you like a rubber band. So with that in mind, there’s a completely hilarious final fight where the dosed heroes and villains just clobber each other in an absurdly over-the-top brawl, and like that fellow in The World is Not Enough, nobody’s able to feel any pain…

My son and I were howling and were already sore from laughing and then, a night or two later, Jeff and Jeannie try to have a serious conversation about their relationship in a nice restaurant, forgetting that they’re going to feel all those punches when the drug wears off. And it wears off. And we about died. I wasn’t expecting a lot, but wow. I’m still chuckling.