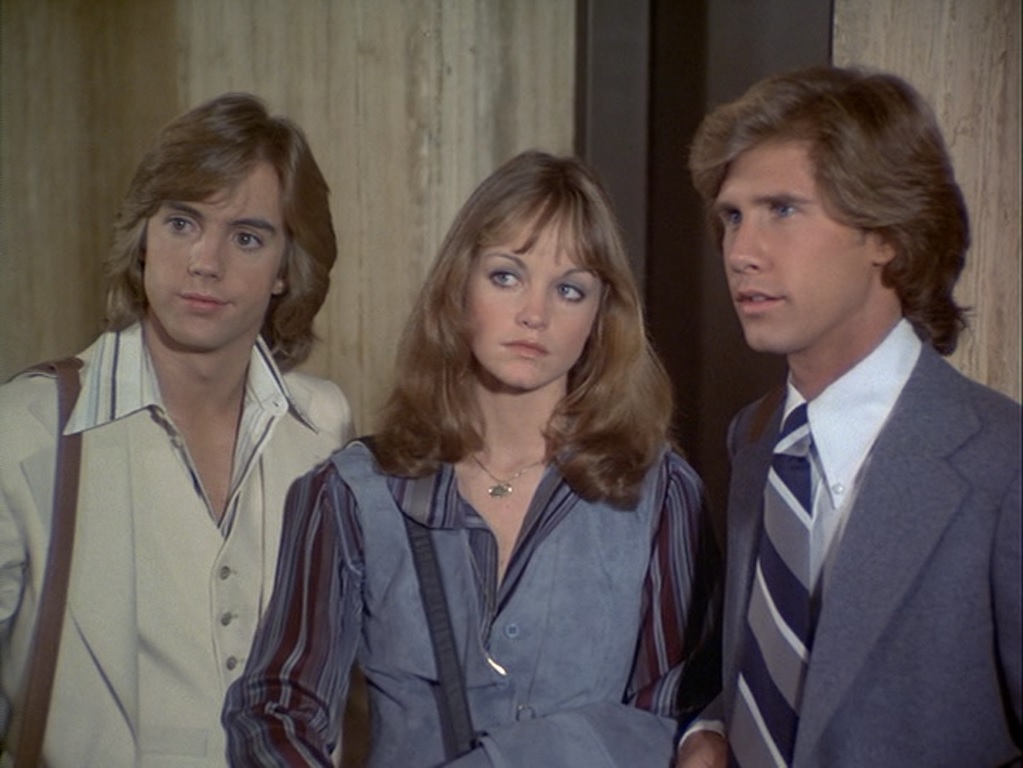 Well, this wasn’t anywhere even close to being as good as I hoped. The kid didn’t much like it either; he found it far too creepy. In the Hardy Boys and Nancy Drew’s second team-up, they are at a detectives’ convention at a hotel next door to Universal Studios when some goon in a Phantom of the Opera mask, and far more resources and technology than is in any way probable, starts playing And Then There Were None with some famous detectives. Plus there’s the Studio tour, so we get to see the collapsing bridge, and the Jaws bit, and the Earthquake bit.

I paused before the tour started to explain to our son how phenomenally popular the tour was in the seventies, and reminded him of the weird rotating tunnel that Bigfoot carried Steve Austin through. Sure as shooting, we got to see the tunnel again. But there was a little too much creeping around at night for our son’s liking, and the cliffhanger, where the villain snatches Joe, had our son hiding behind his mom’s arm. 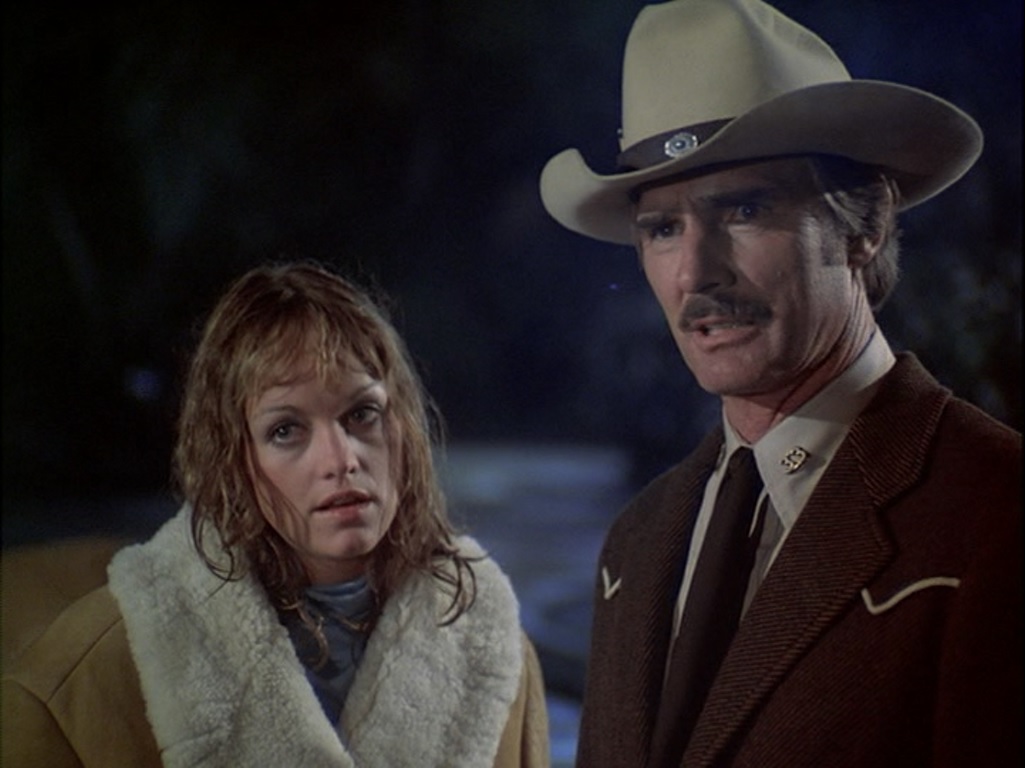 But here’s where I got disappointed: the story seems to have originally been shown over two Sundays: October 2 and October 9, 1977, but the preview for part one on the DVD has scenes from both episodes, which is the sort of thing you’d expect to see if this had originally been a two hour special broken into two halves for syndication and home video. And the scenes were incredibly promising: it looked like some of the detectives that our heroes would be meeting in cameos are Marshal Sam McCloud, Kelly Garrett, and Pete Ryan. Unfortunately, only Dennis Weaver appears in part one, and, in a big bummer, Weaver is playing himself on the Universal lot waiting for a setup while shooting McCloud when he rescues Nancy Drew from a runaway truck. (That’s a delightful in-joke at least, because Weaver had such a memorable experience in 1971 with a runaway truck.)

So it looks as though who I thought were Garrett and Ryan will actually be Jaclyn Smith and Robert Wagner on the sets of Charlie’s Angels and Switch. Big missed opportunity, I say. (Except… like this show, McCloud and Switch were both produced by Glen A. Larson at Universal, but Angels wasn’t. Shrug.)

But the strangest cameo of all is… not Peter Falk. It’s Casey Kasem, the immortal voice of American Top 40, playing “Paul Hamilton,” who claims to have once been a respected actor but is now Peter Falk’s double for long shots on the Columbo set at Universal. All credit to Kasem, he does a really terrific impersonation of Columbo, right down to having just one more thing to ask Frank and Nancy. I’d expect nothing less from the man who read long distance dedications for little dogs named Snuggles.