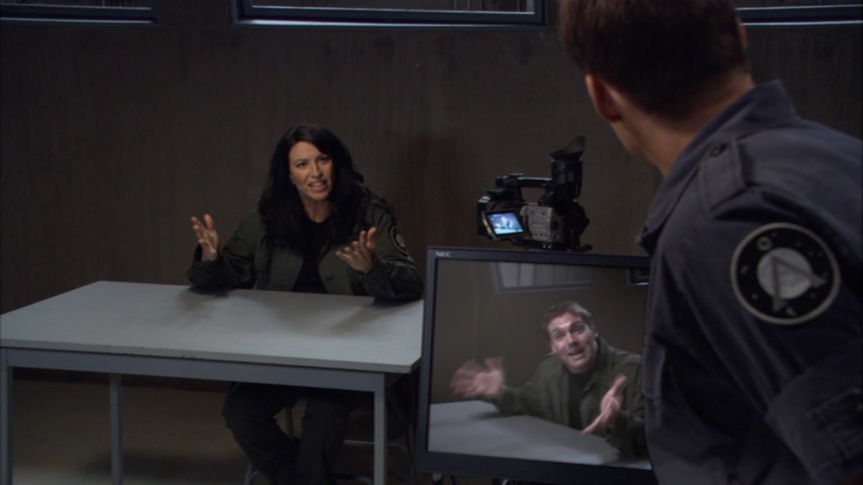 Hooray, Vala’s back! said everybody other than our son. We’re pretty sure that he likes Vala, but he sure didn’t like this episode. It’s mainly a showcase for Claudia Black, who updates her SG-1 pals what she’s been up to since she vanished back in episode six, having an adventure on a redressed version of the medieval village set from the beginning of the season. It introduces a couple of characters who’ll show up a few more times in season ten and in one of the wrap-up movies, but our son was bored out of his skull, radiating waves of frustration. “You should have felt a tsunami,” he clarified.