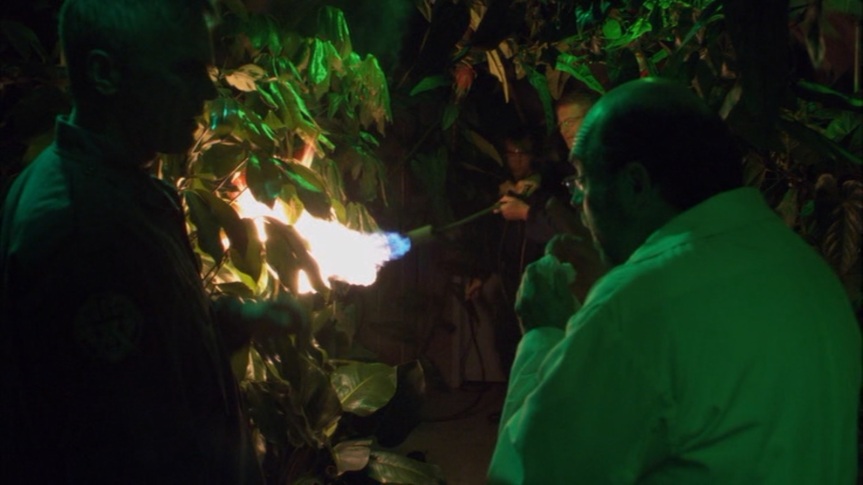 I think Richard Dean Anderson might’ve got more screen time in this episode than any five installments from season seven. He’s in the center of nearly every scene in this mostly in-the-base story about him dealing with the bureaucratic expectations of his position. Over the course of five days, everything that can go wrong does.

It starts out really, really amusing, but the minor and funny headaches quickly turn into massive ones. Among the many issues, Ba’al shows up as a hologram to announce that he’s captured SG-1 and will only trade them for his rival Camulus, who requested asylum two weeks ago, and Dr. Lee tries to deal with a plant that enjoys the artificial light of the SGC so much that it basically turns into a Krynoid. The best moment out of many very good ones: Ba’al, as bad guys do, asks “You dare mock me?!” and Jack replies “Ba’al, come on, you should know. Of course I dare mock you!” Good stuff, with a couple of really amusing twists.