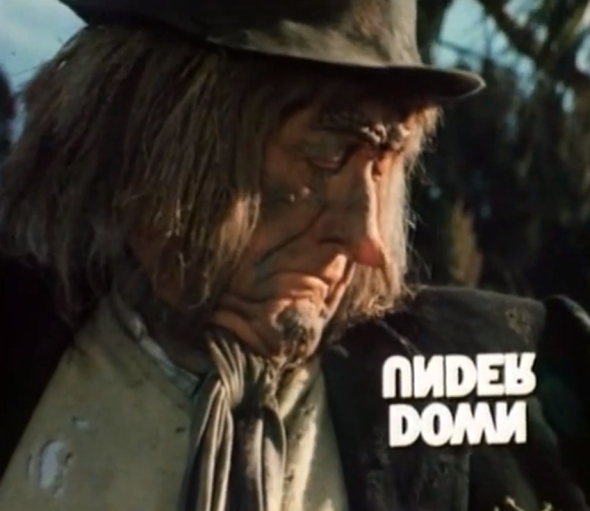 Well, I liked the second of these very much. It gives Jon Pertwee something very new to do as he dons a Sherlock Holmes head and costume, and he gets a one-off sidekick called Worty Yam. It also introduces Danny Mulheron, making the first of three appearances as Blighty Tater, and gives David Weatherly a second outing as Bulbous Cauliflower as the scarecrows try to deduce who stole the Crowman’s prized golden turnip trophy. The game’s afoot and it’s very silly and I laughed out loud several times.

Episode six was… less successful. It’s another example of the world suddenly not working like the real world, which is what Worzel Gummidge needs to feel right. This time, Worzel chases another scarecrow over a cliff for the sin of courtin’ Aunt Sally. Somehow he gets accused of murder for this and the police are offering a $3000 reward, which isn’t the sort of thing even small-town cops in Zoo Nealand would do if they can’t confirm there’s actually a corpse. I like that they’re building up a larger supporting cast, but they shouldn’t have done it at the cost of the show’s realism.

On the other hand, this one was so outlandish and full of slapstick that it turned out to be one of our son’s favorites in the whole run. He’s not quite viewing it through the same lens as I am. He just likes Worzel stabbing other scarecrows in the rear with pitchforks, and he is the target audience, after all.