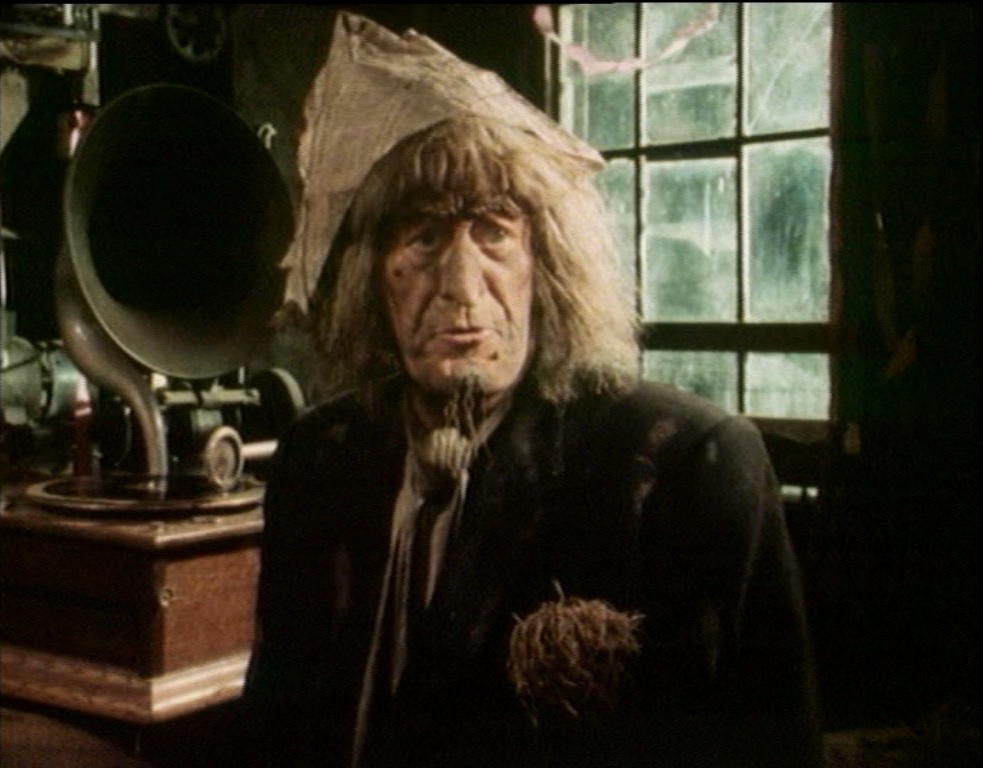 You know… it’s not like every episode of the made-in-Britain Worzel was a success, but this one just petered out completely. I think it’s fair to say that after five series, having bent the format so far that, over the previous stories, it really did break, the writers, Keith Waterhouse and Willis Hall, were obviously burned out of ideas. So after 41 episodes, the overwhelming majority of which were really entertaining, they bowed out with this story, which has a runaround with some sheep, a barn dance and hoedown, and lots more gags about food and animals and some slapstick, including Worzel losing a hand and destroying some of the Crowman’s old shellac records and really screwing up the needle on his gramophone. Perfectly child-pleasing stuff – and if you drop apples on Jon Pertwee’s head, this kid is going to laugh loudly – but the high point was definitely the Crowman just laying down the facts: Worzel doesn’t have any friends because he is mean and selfish and treats people awfully. Not that it will take, and we hope it doesn’t. Children’s television needs more characters as lovably grouchy as Worzel Gummidge.

We like to cycle things around to keep the experience fresh, and so that’s all from Worzel Gummidge for now, but we’ll be back to look at the final run, which featured scripts by new writers for the first time since the program’s inception, in May. Stay tuned!