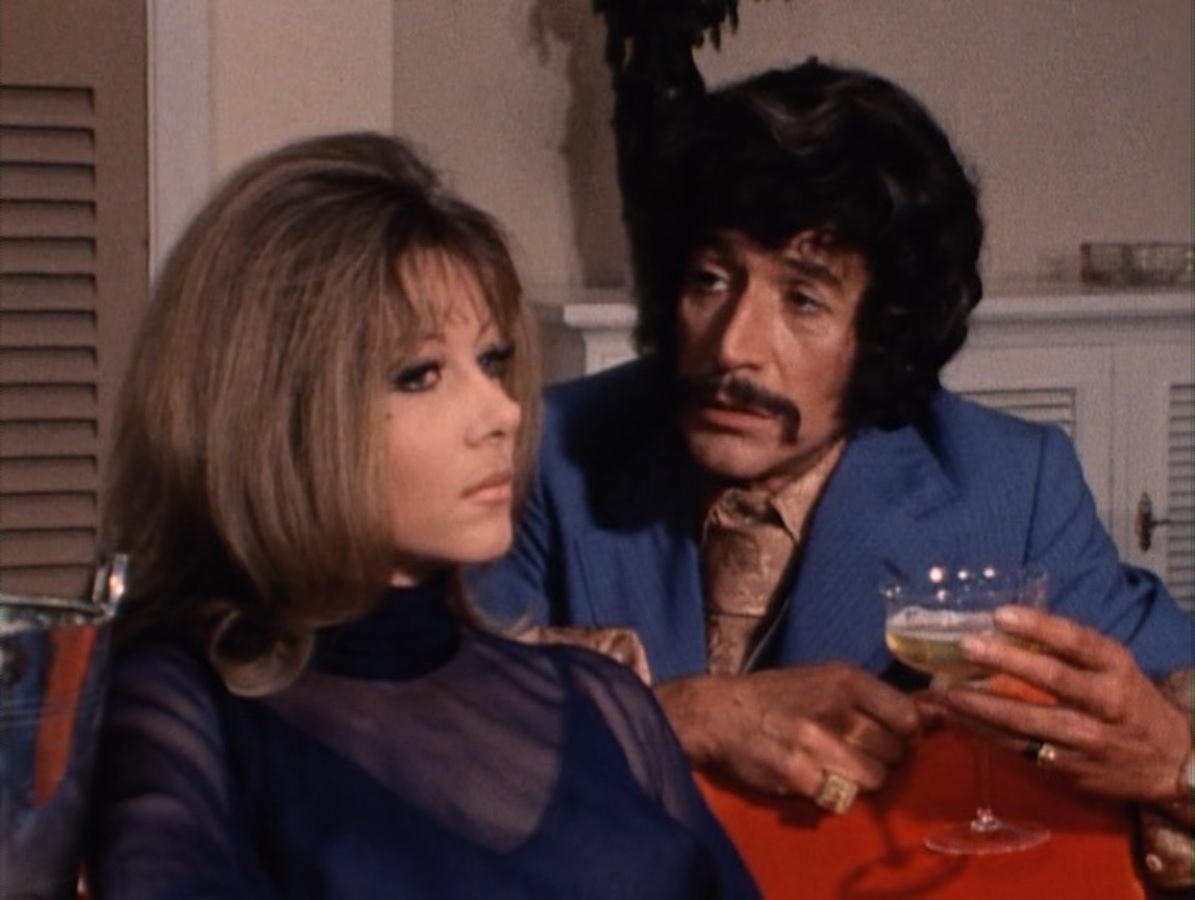 This hasn’t been our son’s favorite day of watching old TV with his old parents. Following this morning’s Stargate, which he found disastrously dull, he had a great day of food and Xbox and pinball and pizza, and then we watched this unbelievably slow and subtle Jason King. It’s so subtle that he may not have even realized until the finale that there was a criminal scheme anywhere at all. Ingrid Pitt and Patrick Mower are among the criminals who have targeted our hero for reasons not divulged until the very end. Jason’s aware that something is up and plays along, but I think the storytelling and the acting were so underplayed that it just looked like an hour of romance and sightseeing and driving around Greece and Italy. He’s much more interested in what I’ve told him we are watching tomorrow.