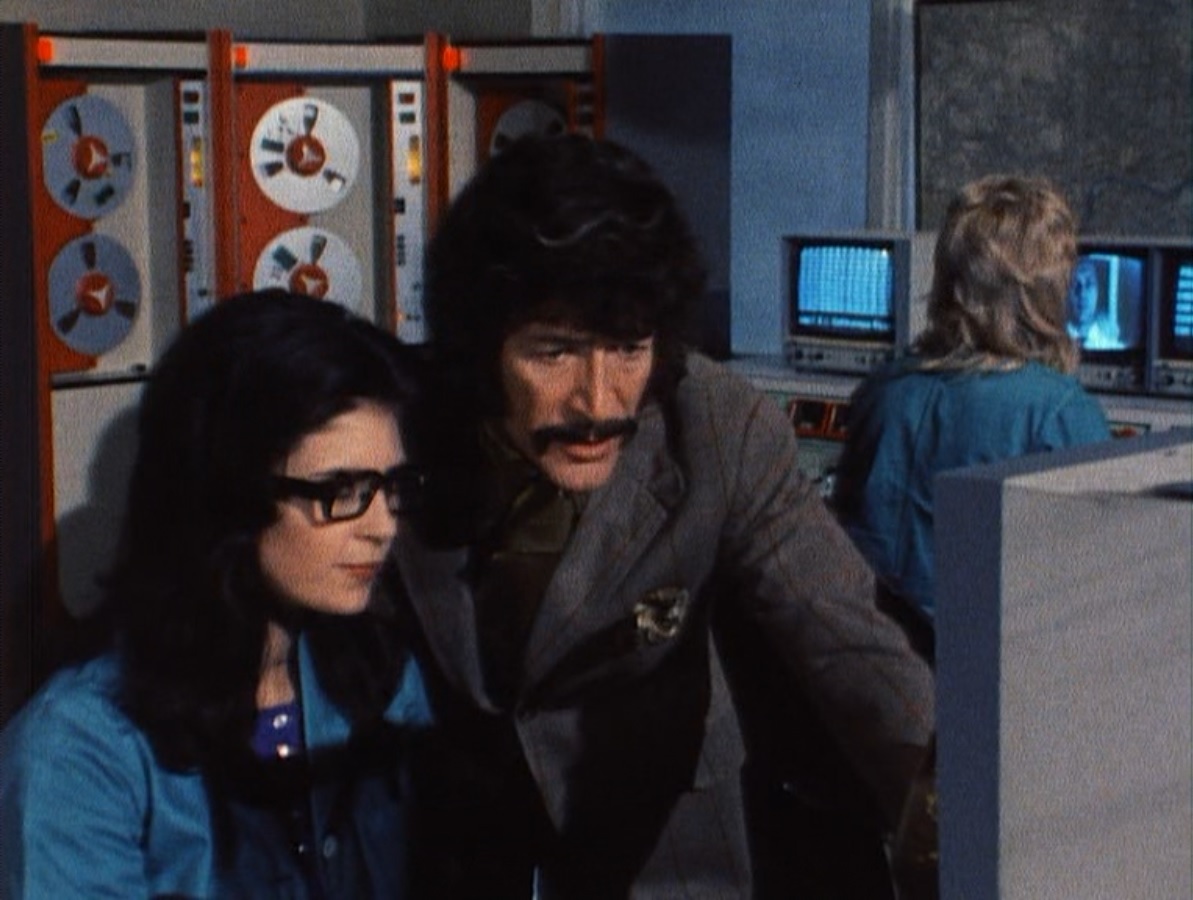 Tonight’s episode was a very good one written by Tony Williamson. He’d written a few adventure shows prior to this – “Killer” for The Avengers comes to mind – that suggest he was very interested in the possibilities of computers. Fifty years on, and Williamson’s ideas seem really quaint, but that’s just because technology has marched on so much. Ronald Lacey’s weasely character of Ryland is back, getting Jason King involved in a crime that Whitehall can’t solve. Some criminal organization seems to be tapping in to Scotland Yard’s room of mammoth reel-to-reel computers and diverting police away from crime scenes. Joanna Jones guest stars as one of the computer operators.

Our son smirked, as you’d expect a nine year-old to smirk, when I pointed out that this was made fifty years ago, and to imagine how much more power is in his little tablet than all the computers in the room. But then I asked him to imagine what the technology fifty years in the future will look like. What will his children – or grandchildren – be using to play their edition of Plants vs. Zombies when he is fifty-nine? The mind boggles. My mind boggled when about six minutes of screen time passed with Jason undercover, hunched over, with big-frames glasses and a beard, before he realized who it was. Good disguise, I suppose.