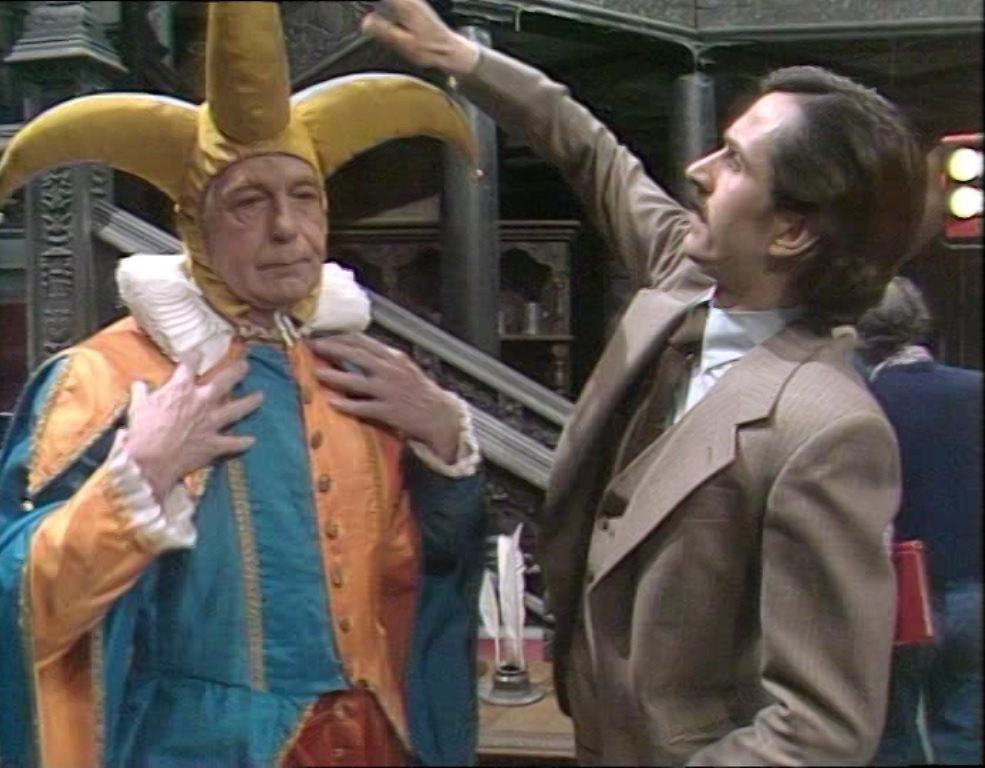 This was completely hilarious, and a great opportunity for some of the cast to briefly do something a little different. A supposed historian and presenter for a “Schools Television” educational program is doing a show about an incident that is said to have happened in 1601 at Motley Hall. The problem is that it’s only the presenter who says it happened. It’s entirely fictional, and it makes the Uproars of the time, and the “fool” who lived and worked in the hall then, look terrible. And I don’t just mean the inaccurate Party City costume that the actor who plays “Boddykin” wears.

The joy, of course, is that’s Arthur English, playing both our beloved Bodkin and some slumming luvvie actor cast to play this sham version of him. Freddie Jones and Nicholas le Provost also get to pull double-duty, but it’s only Bodkin who gets to react in disbelief, asking what he’s supposed to be wearing. But then the chaos starts. Since the ghosts can’t really rely on Mr. Gudgin to find Bodkin’s grave and prove the events cannot have happened the way the script claims, though he leaves the set to try, they start screwing with the production. It’s very hard to have all quiet on the set when the set has five spirits with poltergeist powers, you know. I got a kick out of the actors playing stage hams; our son loved the constantly surprising ways the ghosts find to drive the director and crew mad.