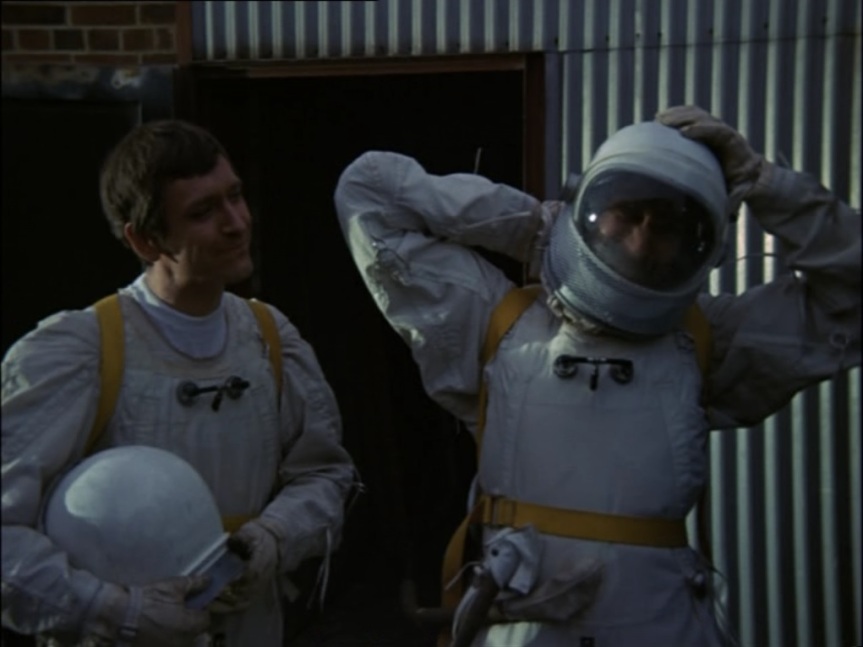 There have been a few episodes of this show that I’d heard of long before I saw it. The one where the village disappears. The one where everyone on the Tube train is dead. And of course this one, the one with the dead spaceman. When a show goes for these bizarre hooks, they get reputations. This one was written by Tony Williamson and deserves all the great things people say about it. It’s a good story where the clues keep coming, and even once we get part of a line on why a safecracker known to London’s gangland has suffocated in a spacesuit on a Soho street, we’re lost in what the target could possibly be. Our son and I really enjoyed this. Guest stars include Wanda Ventham, Tony Selby, and Duncan Lamont. Our son saw Lamont again just last week when he rewatched “Death to the Daleks” for some inexplicable reason, but, in keeping with tradition, the kid didn’t recognize him despite his incredibly distinctive voice.