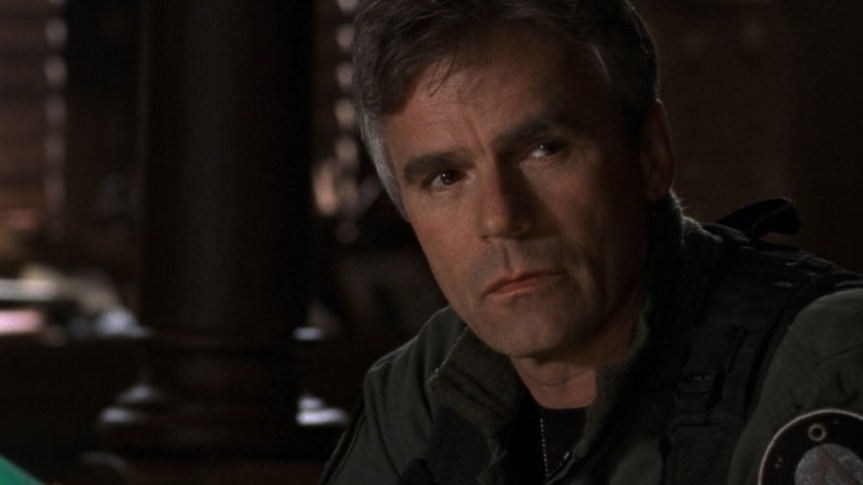 This isn’t a Jack-centered episode at all, but I like that he’s the voice of reason throughout. Like “Legacy,” this is a follow-up to an episode I didn’t enjoy and we skipped. That one had introduced a villain named Linnea, who’s kind of the Stargate version of Doctor Who‘s Rani, an unethical scientist who did not care about the suffering of innocents in the name of science, and who our heroes ended up helping escape from prison to continue her carnage somewhere else. In this episode, they land on a planet where she seems to have come to die.

There are two very neat problems to the story: the entire planet of Vyus is amnesiac and cannot remember anything prior to this society-destroying event that happened several months previously. Also, every single person on the planet seems to be between the ages of about 25 and 35. There are no children, and no old people. Our son found this second problem completely fascinating, but he missed an additional important clue. The Vyans are infertile, but our son did not know the word “fertility.” He explained later that he figured the whole planet had been shifted back in time and that the children were just wiped from existence. Not at all a bad theory for a nine year-old, but maybe we should start a vocabulary lesson with everything we watch to make sure he’s catching everything!