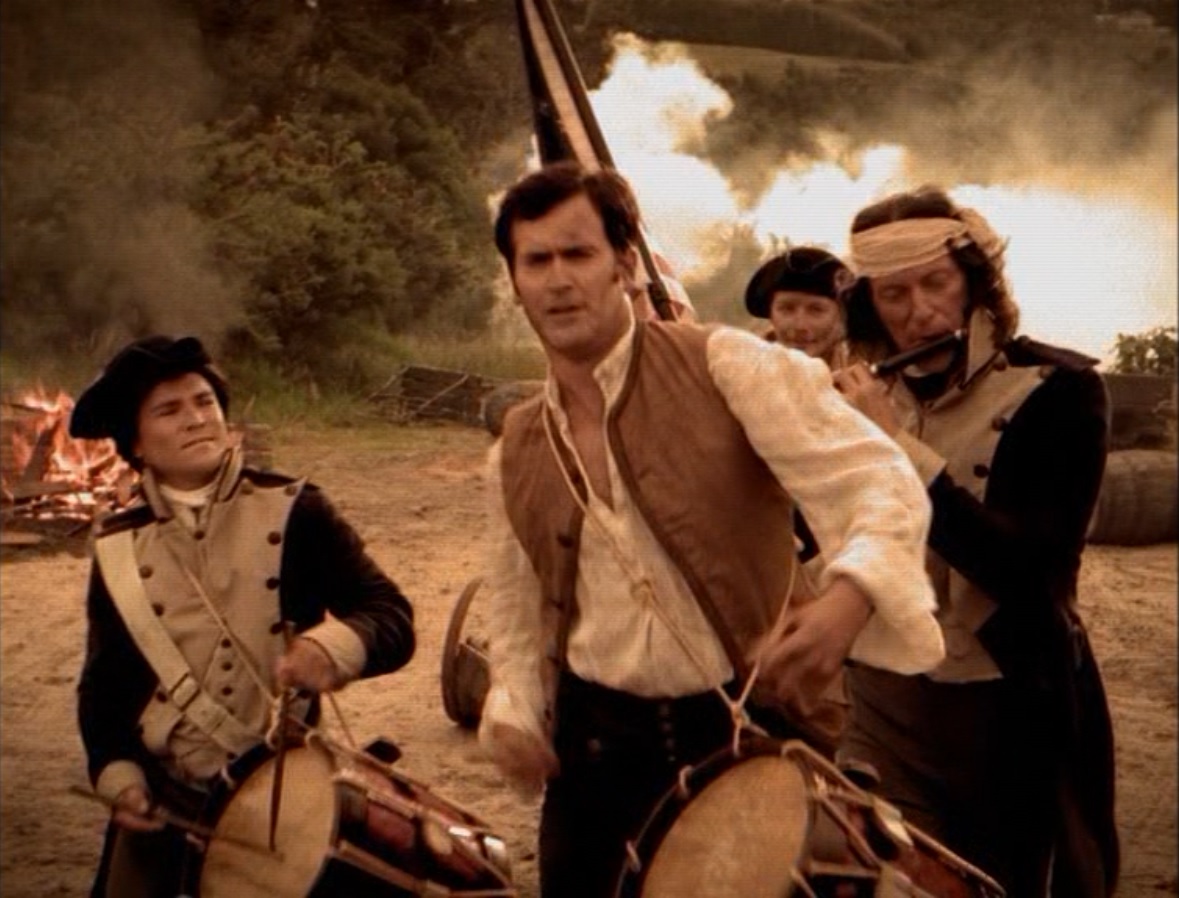 Jack of All Trades wrapped up with another cringe-inducing episode which really isn’t suitable for nine year-olds to watch in the company of their folks, so let’s just take a minute to celebrate that amazing opening sequence. I think it’s such a shame these have gone by the wayside over the years. It was nominated for an Emmy, back when there were enough opening sequences to warrant giving an Emmy to one of them, and features a fantastically catchy little march sung by a band of hard-drinking fellers in a tavern. Our son says it’s the best TV opening ever – “even better than Thunderbirds!” – and while I wouldn’t put it in my own top five personally, it’s certainly up there. And what is my top five? Why, it’s:

The show got cancelled before it could get any smuttier. Apparently some stations complained that they’d rather have one series on for one hour instead of two sharing the Back 2 Back Action Pack slot. Jack‘s companion series, Cleopatra 2525, was more easily adapted to one-hour adventures so it got the nod to continue, and then production on it ended just two months later. That put an end to Renaissance Pictures’ cycle of TV shows produced in New Zealand for a while. Seven years later, they made another program there called Legend of the Seeker which I’d never heard of, but in the modern world of streaming, there’s really not much call for direct-to-syndication programming anymore, is there?

One thought on “Jack of All Trades 2.8 – Seventy Brides for One Brother”