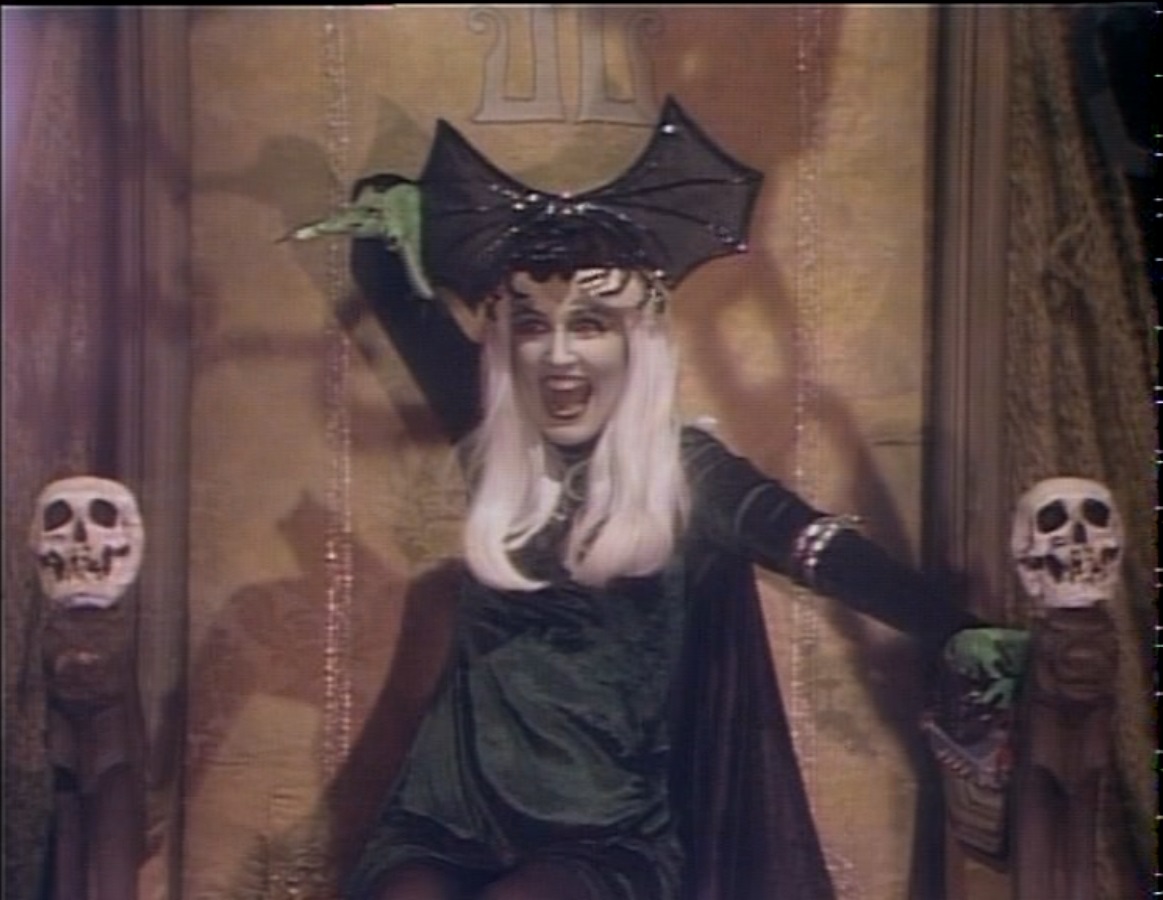 Claudette Nevins appeared in dozens of roles on stage and screen and is probably remembered for a lot more than two segments of a tacky Saturday morning show, but for two wonderful weeks in 1976, she portrayed the Empress of Evil, a breathtakingly kinky horror hostess type who matched wits with that daring duo Electra Woman and Dyna Girl on The Krofft Supershow. Even in a show where good actors like Michael Constantine and Malachi Throne were allowed and encouraged to have fun going way, way over the top, Nevins looked like she was having a better time than everybody on the planet. I honestly may not recognize Nevins in many of her other roles, but the Empress of Evil was unforgettable. Our condolences to her family and friends.