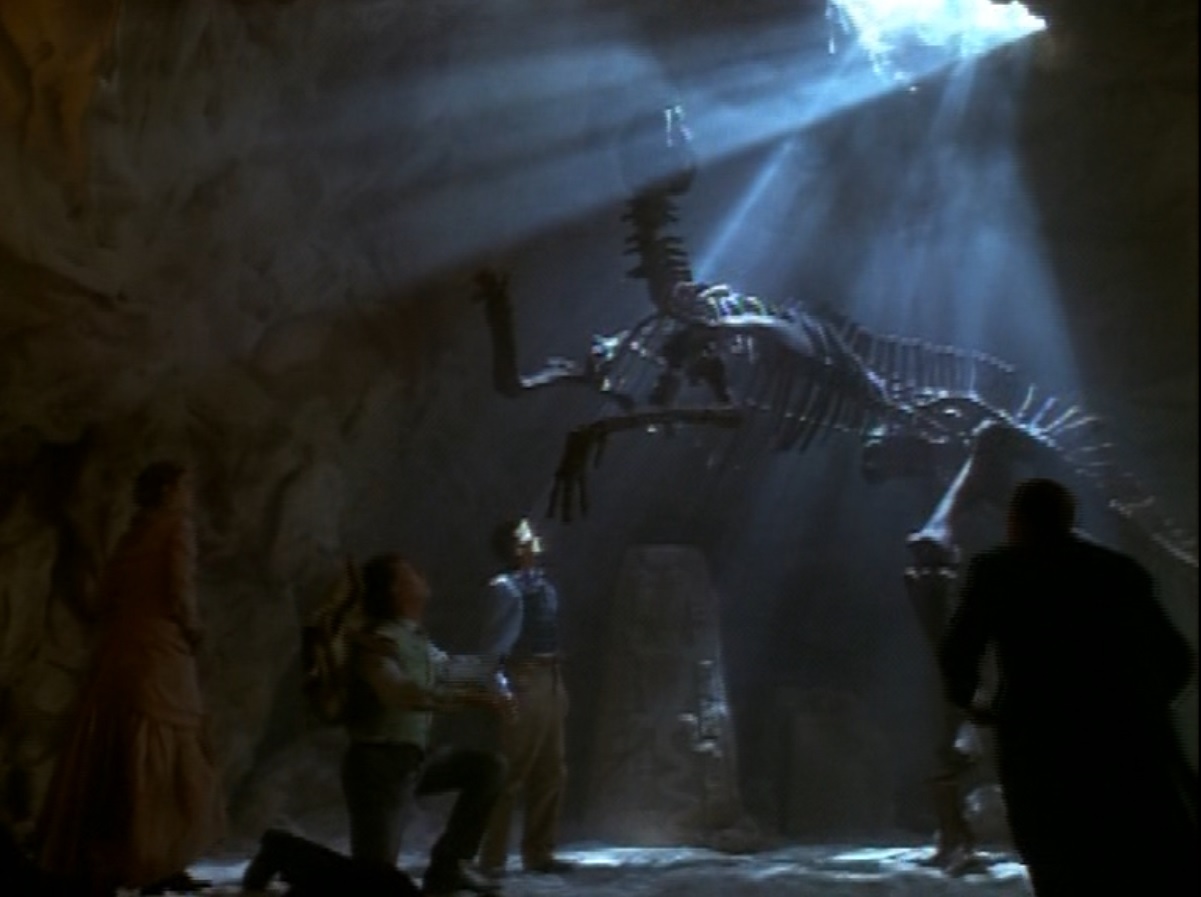 We’ve been overdue a good dinosaur story. All right, so Dr. Science was a little unconvinced that an old tribe, several hundred years ago, assembled a great big dinosaur skeleton, upright, in a secret cave. But all credit to Legend‘s production team, the reveal is a really impressive one. Our heroes and their colleagues go sliding down an old trap door, Indiana Jones-style, into the cave. Our son enjoyed this whole adventure, but this was certainly his favorite moment.

It’s a fine episode, with lots to chew on and a good mystery about who killed a young paleontologist. There’s a great scene where, after breaking in to a business’s safe for the umpteenth time, Pratt and Bartok discuss plans to come up with better security systems, so that places like this can be protected from people like them. Regarding the cast, this one features the second and final appearance of Ana Auther as Henrietta. Beth Toussaint and regular TV tough-guy Patrick Kilpatrick also appear.