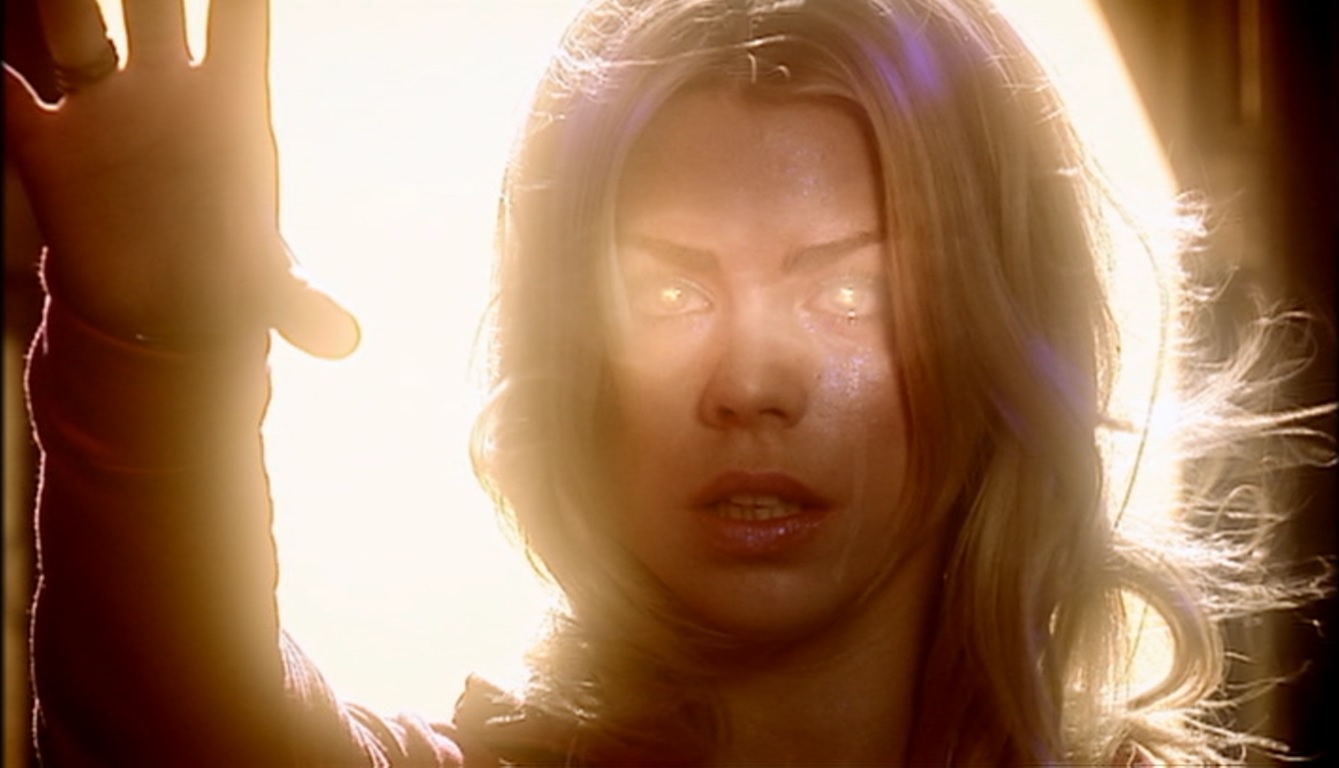 For my money, Christopher Eccleston has the absolute best batting average of any of the Doctors. Just 13 episodes – 10 stories – and not a turkey among them. His weakest hour, “The Long Game,” is guilty of nothing worse than being a little forgettable, and even that one had Simon Pegg in it. I kind of like the idea that there was one Doctor with an incredibly short life. There’s a tendency in Who fandom, with all the spinoff novels and comics and audio adventures, to make sure that every Doctor lived for decades and decades, with far, far more stories than we ever saw on TV, but I like having one who only had a few months. Makes up for the eleventh living for all those centuries on Trenzalore. The ninth was the one who died.

So of course the kid loved it to pieces, especially when the Anne Droid disintegrated three Daleks. He really liked the Emperor, and we had to discuss whether the “immortal god” version could move anywhere or whether it’s part of the ship. We’ll never know for sure, but my vote’s for having the Emperor be completely stationary, but able to manipulate things with those arms underneath its tank. That makes for thematic similarity with the original Emperor from “The Evil of the Daleks” back in 1967, and so I showed him some pictures to see what I mean, since the only surviving episode from that serial doesn’t have the Emperor in it. He respectfully disagrees and thinks that this Emperor stomped around its ship on its three big “legs.”

Our kid might have been only the second person to ever watch “The Parting of the Ways” who didn’t know it was going to end with a regeneration. I did know one fellow who understood that the thirteen episodes were in the can and then Eccleston quit, so the ending was a huge surprise. It was a beautifully written and acted scene before the visuals took over – I really don’t like the star-volcano special effects of modern regenerations – but I’m afraid that this blog’s oldest recurring gag came roaring back. No, our son didn’t recognize David Tennant.

Not only that, but when we watched the Randall & Hopkirk adventure “Drop Dead” literally two weeks ago, I paused the show with Tennant onscreen, told our son that of course I didn’t expect him to recognize this actor as Crowley from Good Omens, but told him to remember his face because we’d be seeing a lot more of him in the future. The blasted kid doesn’t even remember that I paused the episode to tell him that.

We’ll return Doctor Who to the shelf for a break, but we’ll look at series two in mid-December. Stay tuned!