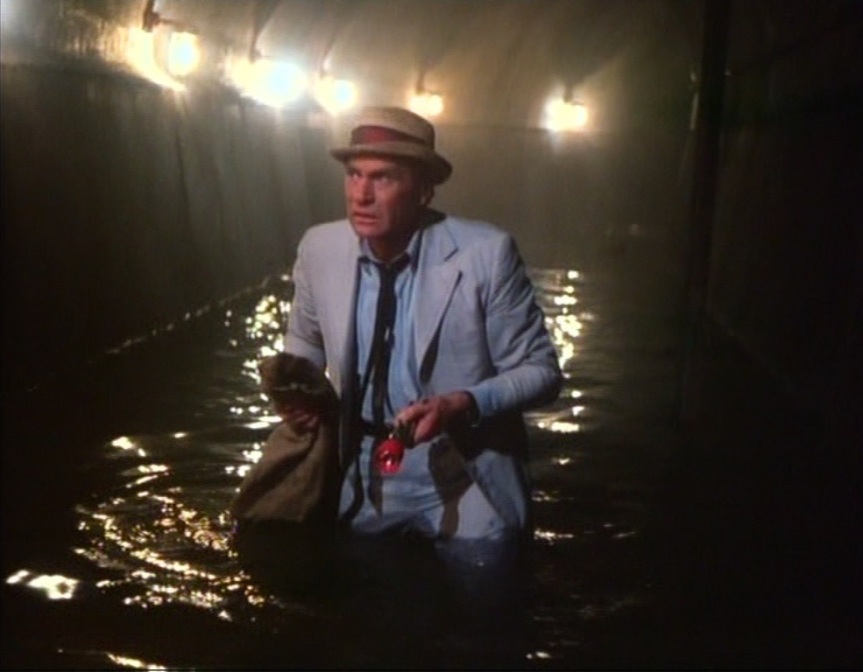 David Chase co-wrote “The Spanish Moss Murders” with Al Friedman, and I’ve always really enjoyed it, because this week’s cop who’s had it up to here with Kolchak is played by Keenan Wynn and he’s completely hilarious. Therapy has brought this former “mad dog” of a captain to a calm place, because this is the seventies, the era of “I’m okay, you’re okay.” Casting Wynn is a stroke of genius, because the man could rant and bellow better than just about anybody, and the inevitable moment when Kolchak undoes a year and a half of therapy and has Wynn completely losing his mind is wonderful. Wynn is joined by Severn Darden as a sleep researcher, and Richard Kiel as the monster for a second week running.

I remembered “The Spanish Moss Murders” so fondly that I watched it with my older children around 2005, when they were about eight and six. My friend David, who passed away a few months ago, had purchased the set and I asked if we could watch this episode after we had dinner at one of his favorite nearby places, Pasta Bella. My older son fell asleep. My daughter screamed bloody murder at the end. The scenes of Richard Kiel’s swamp monster rising out of the waters of the storm drains just did her in, and she bawled for hours and had to sleep in my bed when we got home. And no, she didn’t wake her older brother. He could have slept through a tornado.

Tonight, our favorite eight year-old critic split the difference and pronounced it “Terrifying, but I kind of liked it.” It’s a really memorable hour. Even that former client at my last job remembered Kolchak in the sewers… even if she misremembered the monster as being a vampire, she remembered that sewer.

2 thoughts on “Kolchak: The Night Stalker 1.9 – The Spanish Moss Murders”