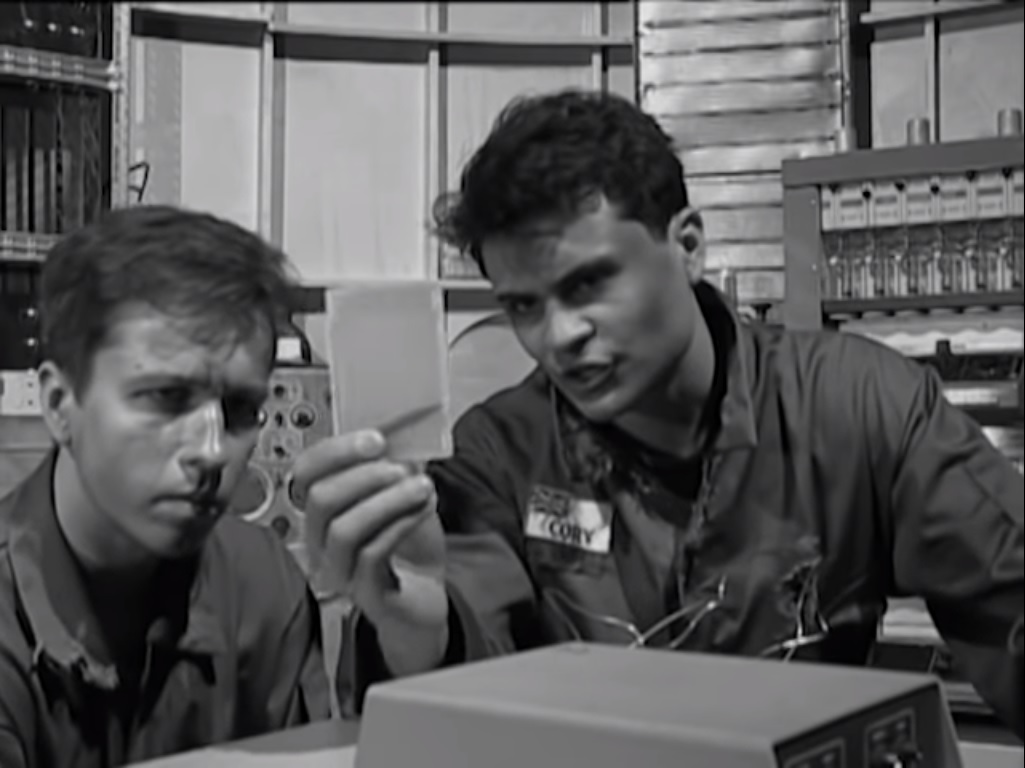 Among Doctor Who‘s many missing episodes, there is a one-off oddity made and shown 54 years ago this week, in 1965. Who was then made as a series of serials, and they were planning a mammoth twelve-episode storyline featuring the Daleks. The producers decided to take advantage of some budget and calendar hiccups and made a one-off adventure as a prologue to the Dalek epic. It didn’t feature the Doctor or his companions. It starred Edward de Souza as an outer space spy – it was 1965 after all – on a desperate mission to let the galaxy know that, after hundreds of years on the frontiers of space, the Daleks had formed an alliance with six strange alien races and were preparing an invasion of our solar system.

Edward de Souza is still with us, and a few months ago, he and Peter Purves, who had played one of the Doctor’s companions at the time, were invited to the University of Central Lancashire to see what the Culture and Creative Industries school has been doing. Each year, the staff and students collaborate on an incredibly intensive project, and this year, they recreated “Mission to the Unknown.”

Earlier today – well, yesterday, if, like this blog’s calendar, you’re in Europe – the recreation of “Mission to the Unknown” premiered on the Doctor Who YouTube channel. Click the image above and check it out! I won’t swear that it completely met our son’s expectations. We watched the trailer a few days ago and he was bellowing how badly he wanted to see that. Unfortunately, “Mission” is, like a lot of Who from its day, very slow and imaginative. It isn’t action-packed; the original production seems to have been cramped even by the low-budget standards of the William Hartnell years. It’s practically silent for long stretches, with only a few library music cues and actors projecting fear and intensity. More creepy than thrilling, the design may be dated in the way a lot of sixties sci-fi is – our hero’s tape recorder is about the size of a VHS double-pack – but you can see what kids in 1965 were wowed by.

I think the UCLAN team did a terrific job. It’s both a labor of love and, hopefully, valuable work experience for people looking to work in the film and television industry. I’m glad that the BBC and the Terry Nation Estate allowed them the privilege to recreate this.