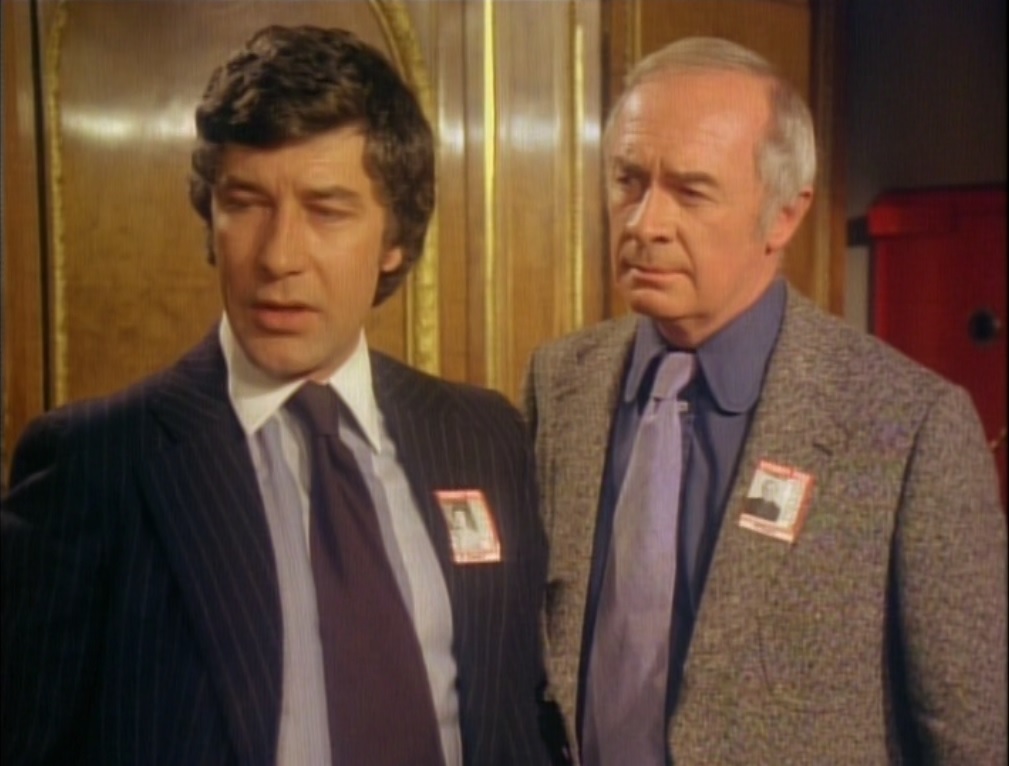 I think there are one or two things about Brian Clemens’ “Hostage” that work, and our son enjoyed it more than the previous two episodes, but by and large I didn’t enjoy this one much at all. By far the best thing about it is the way it reintroduces and reemphasizes the rule that Steed always cheats. But tonight he doesn’t cheat nearly enough. This could have been a much more interesting story if, no matter how well-planned this week’s villains are, they had found themselves getting in way, way over their heads trying their scheme on their hero. It also would have been nice if Purdey, their hostage, would have used that great big length of chain they gave her to strangle one of her captors. Both Marie and I were waiting for that to happen.

So this is yet another instance where bad guys have a scheme to make Steed look like a traitor. That alone would be a bore – what are we, 180 episodes into this show, and we’re doing that again? – but it’s made more dreary by introducing a super-agent that we’ve never met before, played by Simon Oates, and expecting us to not see him as the only possible suspect. There’s also a new boss character called McKay, played by William Franklyn, who gets to introduce the big only-on-TV complication that Gambit needs to bring Steed in.

Could it have been done another way? Well, not easily, because this was actually the first episode that they filmed in the final thirteen. But just suppose that they had introduced Simon Oates’ character several episodes previously as a recurring good guy and a familiar face that we accepted as one of the heroes. And suppose that instead of a yet another brand new boss, they’d brought back somebody, anybody, that we’d seen before. Why not Patrick Newell, or even Linda Thorson, in this part? It might not have made this story great, but it would have made it less obvious.