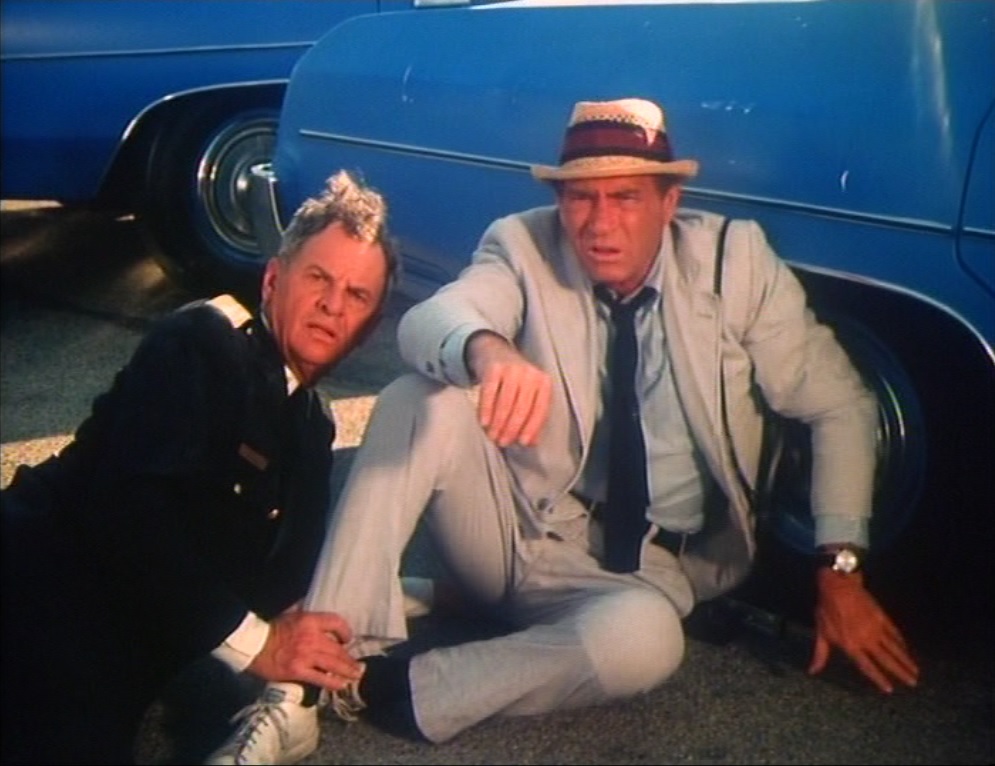 This past weekend, we took advantage of the Smithsonian’s free museum day and drove down to Huntsville, where we enjoyed several hours at the US Space & Rocket Center. There, our son picked up a fourth member of his comfort menagerie, a plush Saturn rocket that he’s named Metal Bringer.

Since we’ve returned, he’s changed his routine for the movie and the two programs we’ve watched. Since none of those were frightening, his security blanket and the three plush cuddlies all wait for him on the other couch. But now that we’re watching another episode of Kolchak, he wanted all four to hold during the scary bits. There was a brief delay while Pal # 3, the beanie named Tigey, couldn’t be found. I told him to knock it off; he was perfectly capable of handing scary TV with only one blanket, surely three out of the four would suffice.

Then the episode, Rudolph Borchert’s “They Have Been, They Are, They Will Be…,” proved to be decidedly not frightening. “Weird, but unsatisfying?” I asked him. “Yeah,” he grumbled. “Very unsatisfying.” Although the cute finger of coincidence crossed our paths again. The highlight of our trip to Huntsville was an hour enjoying a splendid show in their planetarium. That’s where tonight’s episode reaches its strange climax, as an invisible force moves the observatory around, like a lost traveller consulting a map.

For posterity, tonight’s story features return visits from the recurring players Carol Ann Susi and John Fiedler, along with guest roles for Mary Wickes and Len Lesser, and blustery James Gregory as the police captain of the week. I’m not looking ahead, but I swear I remember that one of these cops appears twice.