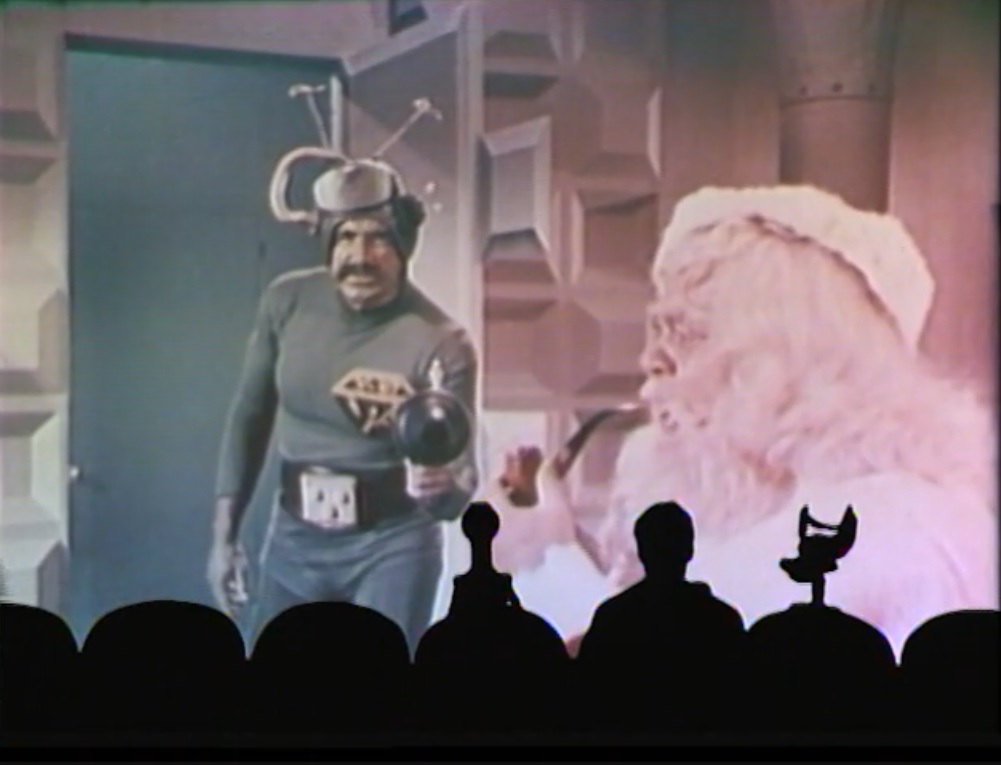 Well, here’s what I learned this morning: Shout! Factory has about a hundred installments of Mystery Science Theater 3000 available for streaming, absolutely free, along with a few Rifftrax and Cinematic Titanics and other like-minded spinoffs. I’ve been saying for some time now that I wanted to introduce our son to this delightful show via their mauling of a see-it-to-believe-it 1964 children’s film called Santa Claus Conquers the Martians, based on a novel by Eudora Welty, and there it was.

Most of the riffing, you’d think, would go straight over our boy’s eight year-old head. The kid doesn’t know who Patrick Swayze was, never mind what all those references to Roadhouse were about, but it’s funny to him anyway because he can tell that even the things he doesn’t quite get are gags and his old man is chuckling over many of them. Plus the film itself is so brain-dead that there was plenty to hoot about. And the hosts are so engaging that kids can latch on and figure things out pretty quickly. Easy to figure out that Crow’s got nobody’s best interests at heart when all he wants for Christmas is “to decide who lives and who dies.”

I don’t plan to blog about this show, particularly because even with the Bots and Joel and Mike and the Mads, the thought of deliberately watching a really stupid movie doesn’t appeal to Marie very much at all. But we’ll probably look at Robot Monster and Mighty Jack and Time of the Apes in the near future…

Shout!’s also got ten episodes of Movie Macabre, by the way, but they don’t have Attack of the Killer Tomatoes! They’ve got her doing the Gamera compilation movie, but not Killer Tomatoes. They need to get on that, I say.

One thought on “Santa Claus Conquers the Martians (1964)”