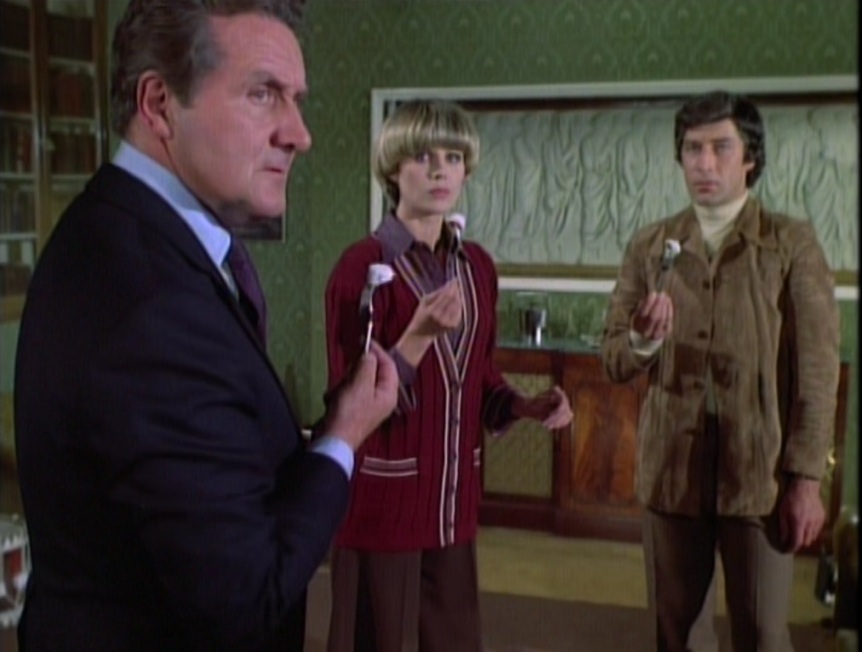 I’m in the minority – the very, very small minority – of viewers whose favorite Avengers co-star is Purdey. Sure, Mrs. Peel is an icon, but the reason I honestly like Purdey even more is that she’s so delightfully, effortlessly, weird. Her eccentricities never feel forced, because she’s quietly dancing to the beat of her own drummer, and Joanna Lumley plays her with a smile and a wink so believably that she doesn’t feel like a TV character at all. She’s just a quirky, very intelligent oddball who can kick the living daylights out of her opponents.

And she cooks marshmallow pie for dinner, and when she’s left backstage on guard duty while her charge performs his mind-reading act, she gets restless and gives herself some clown makeup, like all sensible undercover spies do when they want to avoid attention. 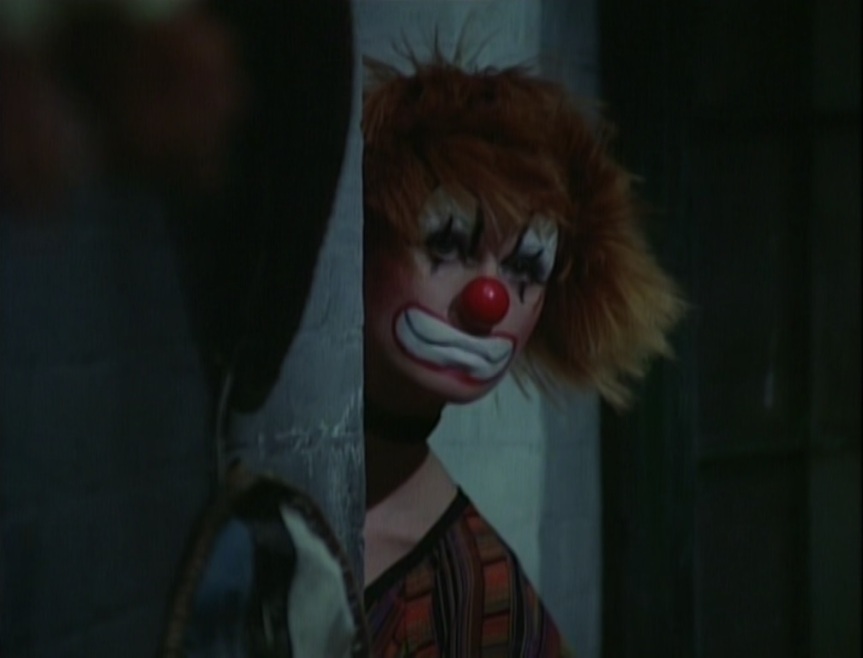 I learned something new about The Avengers today. There’s a recurring character in the first season of this run. I thought I’d paid attention to this show in the past, and I know who the actor John Paul is – he was Spencer Quist in the BBC’s terrifically fun SF drama Doomwatch – and I knew that he was in an episode of this show, but all these years and it never registered that he’s in two episodes, this one and “Target!” He’s credited as Dr. Kendrick in that episode and just Doctor in this one, but it’s probably the same man. How weird that never registered with me.

Anyway, “Three Handed Game” was co-written by Brian Clemens and Dennis Spooner and it’s a fun story about a brain-drain machine and three operatives with photographic memories who have each been entrusted with every third word of a very long and sensitive document. In our son’s favorite scene, Steed races his Jaguar against a March Formula One car to flag down the driver, and I’m not sure what mine was, because I like this whole episode a lot. Other than “Gnaws,” our son enjoyed this whole series. This was the first time I’d watched them as one batch (well, clearly, because two of them I’d never sat down to see before) and I think they work incredibly well. I also think that the next batch won’t, but we’ll see how that goes.

That’s all from The New Avengers for now, but we’ll watch the second season of thirteen starting in September. Stay tuned!