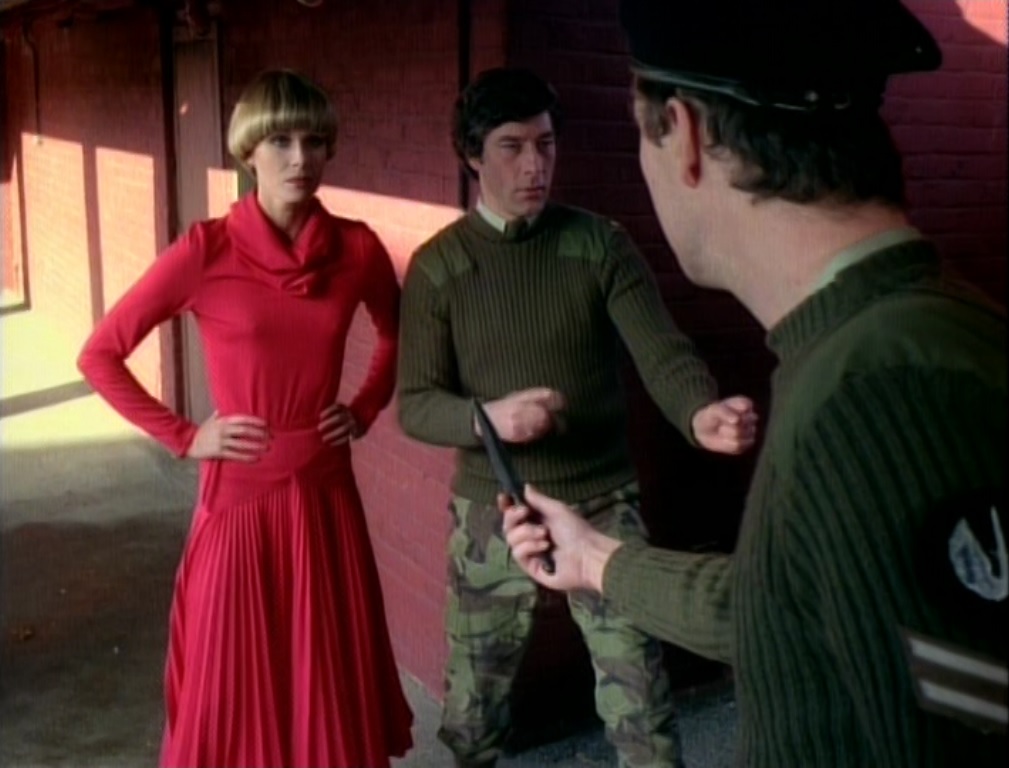 When interviewed in his later years, Patrick Macnee reflected that perhaps The New Avengers would have been more successful with less of him in it. He considered that he might have taken the role of Mother and left all the action stuff to his younger co-stars. Brian Clemens’ “Dirtier By the Dozen” shows what that might have looked like. Steed is only in the margins of this one; it’s Gambit and Purdey who tackle a British army regiment that’s been discreetly flying around the world acting as mercenaries. This is one of a handful of episodes I’d never seen before.

I quite liked it, and our son certainly did. It was filmed in a very wet autumn in 1976 and has lots of explosions at one point as the regiment uses a mortar cannon to kill one of their enemies, fleeing across a minefield. Not bad at all, but it needed more Steed in it, which suggests that Macnee might not have been correct.