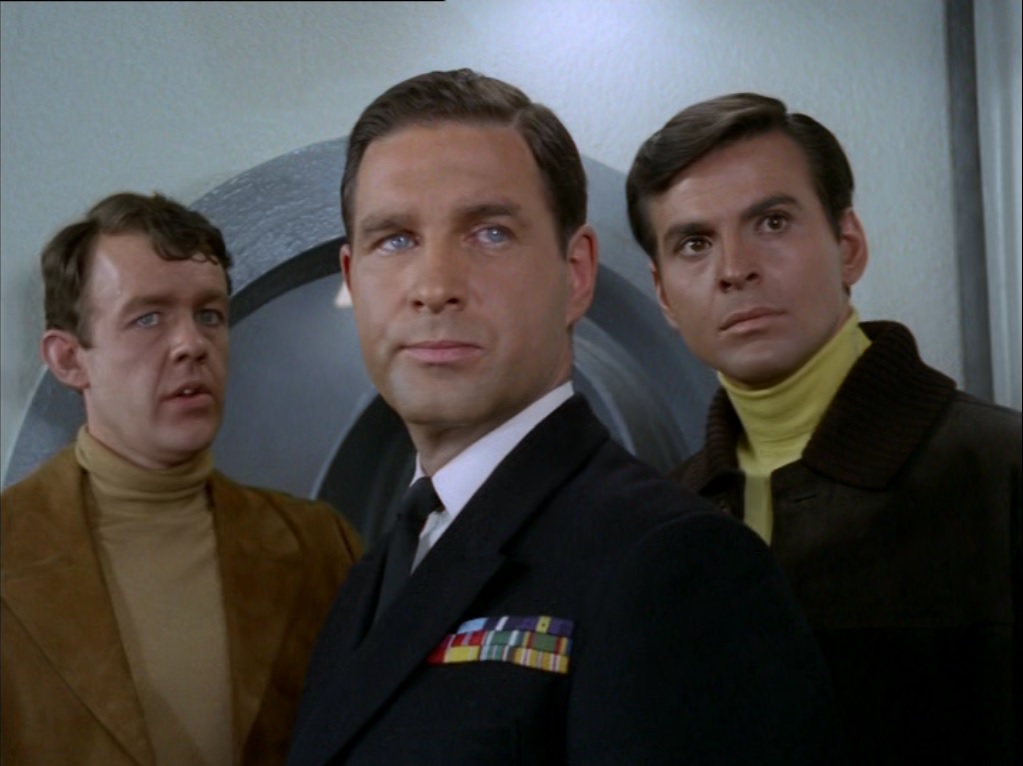 Here’s the submarine set again, making its third appearance in The Champions. This time it’s another Donald James script that has an absolutely smashing opening: a submarine, not heard from for days, turns up with the entire crew dead. Paul Maxwell, an ITC regular who had also done a fair amount of voiceover work for Gerry Anderson, plays the captain of the replacement crew. I’d say the story doesn’t quite live up to the pre-credits sequence, but any hour that introduces a previously uncharted island in the middle of the Atlantic Ocean, discovered by agents of Nosuchlandia and used by their evil scientists for chemical experiments can’t be all bad.

Craig gets to ladle out the violence at the end of the story and throws two guards all over the place, and there’s a great bit where one of the enemy agents, fighting for the one available gas mask, throws the main evil scientist into a room filled with gas and locks him in it. That ruthless dude had the makings of a great recurring villain, if these old shows ever went in for that sort of thing so late in the run.

One thought on “The Champions 1.20 – The Silent Enemy”