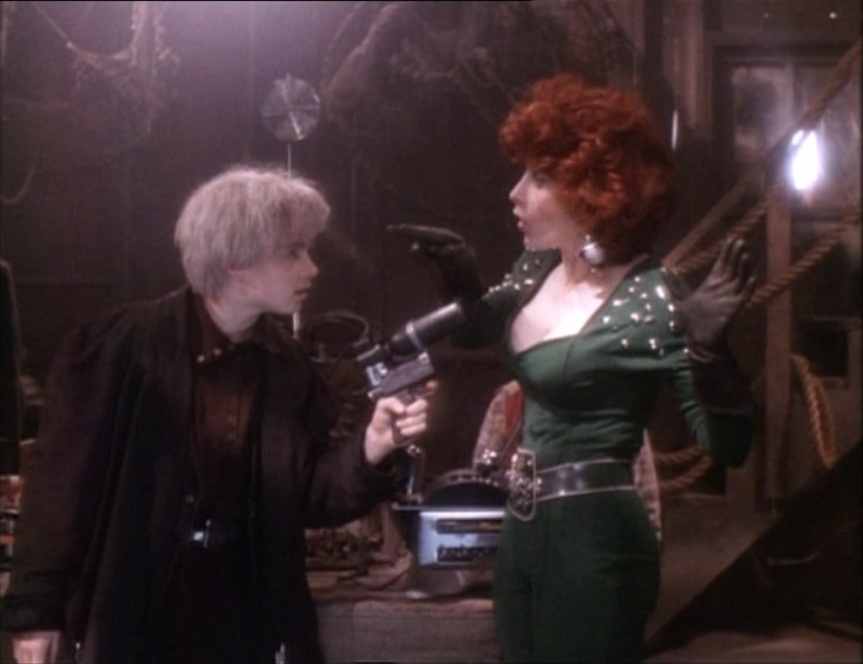 One of the many, many, many things that ring hollow about the Doctor Who segment that we finished watching last night is that the Time Lords completely freak out about a 24th Century scientist succeeding in what every 20th Century adventure program did about once a year: transfer minds between bodies. I didn’t realize that I’d scheduled them back to back, but it’s nice to see this done the way we’d all prefer it, with a playful spirit and a sense of fun, instead of the doom-laden horror of last night’s Who.

Joining the nonsense this time, it’s guest stars Anita Morris, who sadly passed away about two years after this was shown, and Friends and Lovers‘ Paul Sand. He plays the smartest man in the world and she plays his conniving wife, who our heroes coin “Mrs. Terminator” and “Grandma Schwarzenegger.” The smartest man on Earth downloaded his brain onto an eight-track of Get the Knack to stop his evil wife from using his brain-swapping machine. Naturally, by the end of the half-hour, everybody’s mind is in the wrong body.

The whole thing is ridiculous and wonderful, but the very best part is the downright dumb sense of pride that Marshall’s dad has about his son being old enough to shave for the first time. Francis Guinan honestly glows when he tells a houseguest about this exciting development.