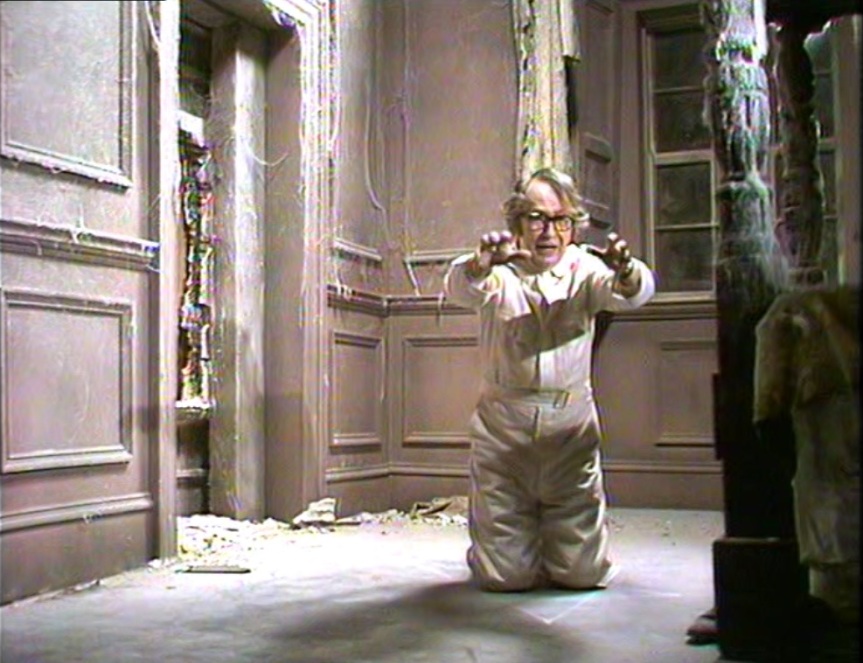 Well, I think that was pretty good. The serial has a very, very weird structure. Episode five is mostly built around Peter Sallis’s ghost-hunting character getting all the facts about the house and the incident in 1831 where the soldier that’s haunting the house was killed. The episode ends with him beginning an exorcism, and, in the way of these things, the spirits respond with lights and noise and manifestations.

It’s a triumphantly good cliffhanger that scared the absolute daylights out of our son. He hid under pillows on the other sofa and didn’t watch what happened in episode six until the noise had stopped and it was safe to peek out. He says that the only thing he’s ever seen that’s any scarier than this sequence was the Twilight Zone story “Gramma,” which really was horrifying.

But this story’s pretty much over five minutes into part six. Inevitably, there’s one more twist at the end, but wrapping up the loose ends – and finally calling in the police – means there’s about fifteen minutes of padding in the final part. We learn that one of the boys reads the old soccer magazine Shoot!, anyway.

I didn’t dislike it, and I admired what they accomplished with the limitations of the studio, and it scared the pants off the kid, so while I wasn’t thrilled by it, I’m glad I checked this out. You should get a seven year-old and show ’em this in the evening, just as the sun’s going down.