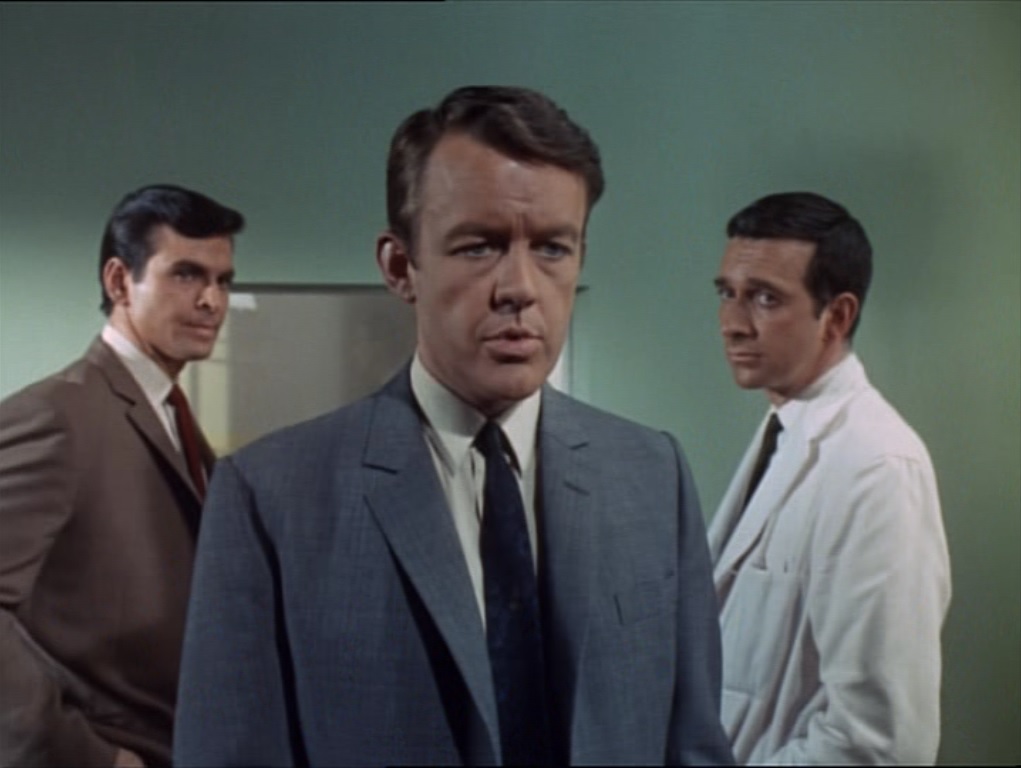 Tony Williamson’s “The Experiment” is one of the few episodes of The Champions to pit our three heroes against worthy adversaries. This was kind of the way of things in the sixties and seventies. Regular readers will recall that I would occasionally bemoan how most episodes of, say, The Six Million Dollar Man and the like would concern themselves more with counterfeiters in turtlenecks instead of having proper robot enemies and Bigfoot more often. So it is with The Champions, typically. These are good and entertaining spy stories, but the characters’ superhuman abilities just give them an occasional edge, and some very satisfying stunts, rather than a focus for the plot.

But in “The Experiment,” they run up against a quartet of characters whose reaction speed and fighting techniques have been artificially augmented. Remarkably, the villains in charge of the operation have been reading between the lines of the various secret agency secret reports and have figured out that Richard, Craig, and Sharron have superhuman skills and lure Sharron into their scheme under the guise of an experiment so they can study her speed and reaction first-hand. Their own boss never figures that out. So it builds to an exciting climax and a very good final fight scene that had our son hopping. It’s a really entertaining episode, probably my favorite of the fourteen that I originally had back in the tape trading days. More on that in a later post.

I’ve always thought that a great guest cast can elevate a good story, and this one’s just full of familiar faces. One of ITC’s regular Americans-at-Elstree, David Bauer, is the main villain, and he also has Robert James and Allan Cuthbertson in his employ. Jonathan Burn and none-more-posh Caroline Blakiston are two of the rival superhumans, and Nicholas Courtney has a small role as a doctor. There’s also a very familiar setting. Marie often says that she doesn’t recognize actors the way that I do, but she has an eye for places, and when Richard and Craig drive through the small village of Aldbury, she immediately spotted it as the location of a pair of Avengers episodes. Aldbury, Schmaldbury, everybody knows that town is Little Storping In-The-Swuff!