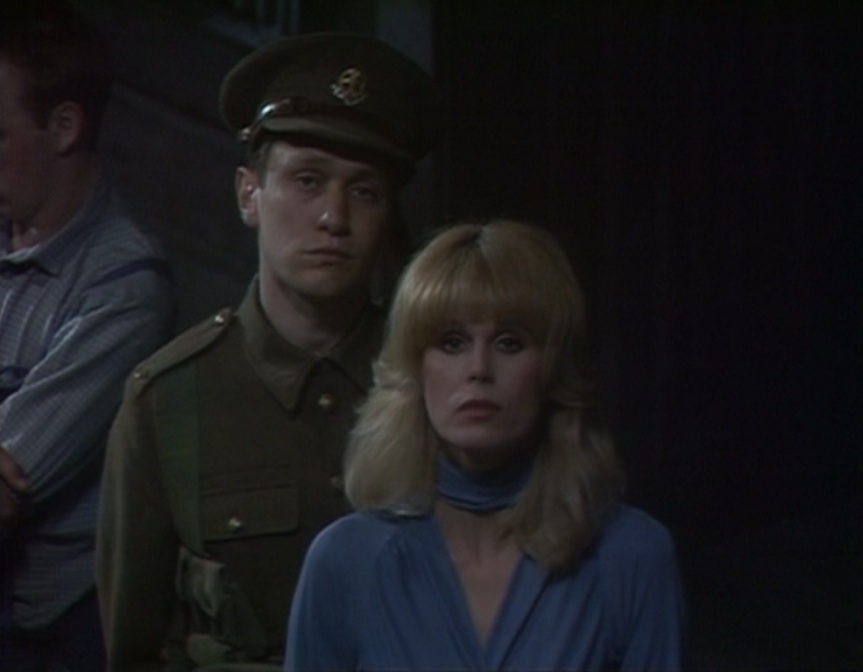 Part five continues the seance and part six manages its aftereffects and it all happens in real time. This story’s run for about three hours and that’s about as much time that’s elapsed in the railway station. I really love it. It’s so deliciously creepy and slow and malevolent, in part because every single decision that Steel makes in these two episodes is the wrong one. He’s making the situation worse and worse, antagonizing their nameless, shapeless enemy and leaving them in horrible traps at the end of part six. Sapphire’s spirit has joined the other ghosts waiting on the platform, and Steel has apparently merged with the memory of a man killed in World War One and left to rot in a nest of barbed wire.

Our son is attempting to sleep with all the lights on. He had such a good day on a day trip to Atlanta, playing at Legoland, and then I showed him this. Maybe he needs something much lighter for the Sunday morning movie.