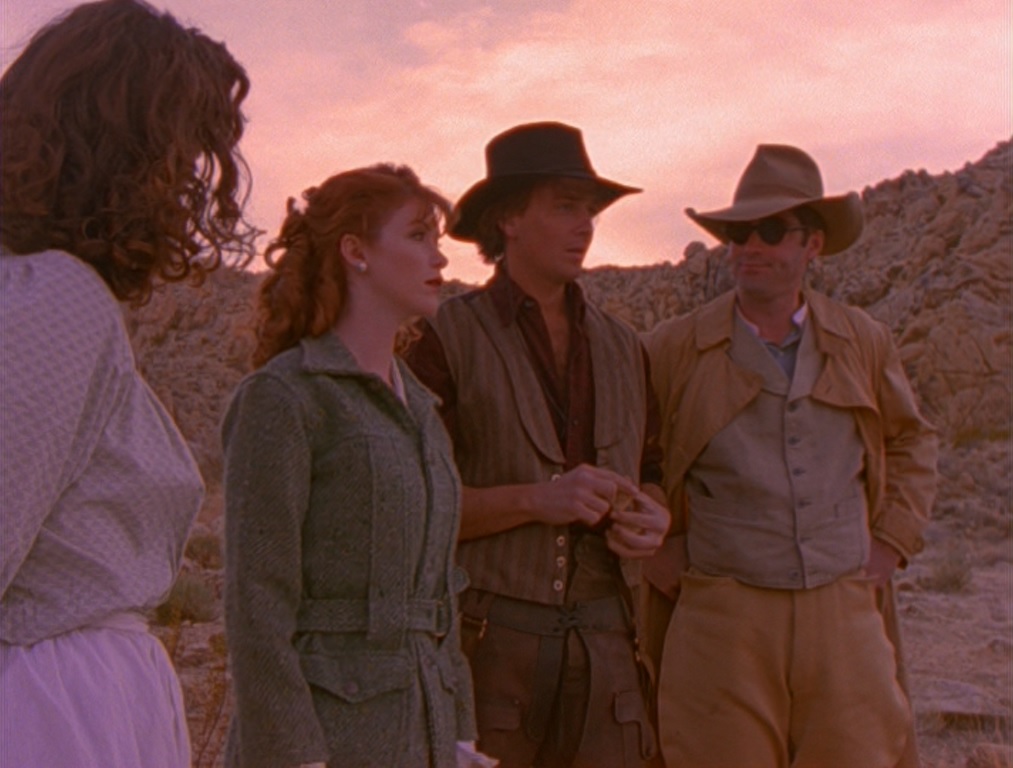 And so, Young Indiana Jones rides off into the sunset in this funny final hour. Matthew Jacobs handled the script for this installment, where Indy takes a job as John Ford’s assistant as the flamboyant stylist goes to shoot a western. Then one of the actors dies and Indy gets to saddle up in his place. Then, with all the stuntmen carried back to Universal on stretchers, Indy gets to learn how to climb underneath a runaway carriage after being dragged behind it. That’s exactly the sort of skill that comes in handy when you’re clawing your way around speeding trucks trying to hijack the Ark of the Covenant eighteen years later.

More than anything, this story is yet another love letter from George Lucas to all the movies that inspired him. It kind of makes you long for the days when a director like John Ford could shoot from sunup to sundown in six days and make a feature. Stephen Caffrey is terrific as John Ford, and he frankly steals the story completely from Sean Patrick Flanery. This really is just about the actor’s weakest performance as Indy. He’s too immature, too possessive, too petulant, and too indecisive for a character who’s lived through everything that he has. It’s not a very good final outing for Young Indy, but to be fair, everybody hoped that there would be more than this.

Sadly, after the Family Channel decided against ordering any more stories, there was only enough in the budget to finish up what they could to put the 22-film package together. 44 hours isn’t anything to complain about, and a lot more than many series get, but I still wish they’d have got Indy into his late twenties for a couple of them.