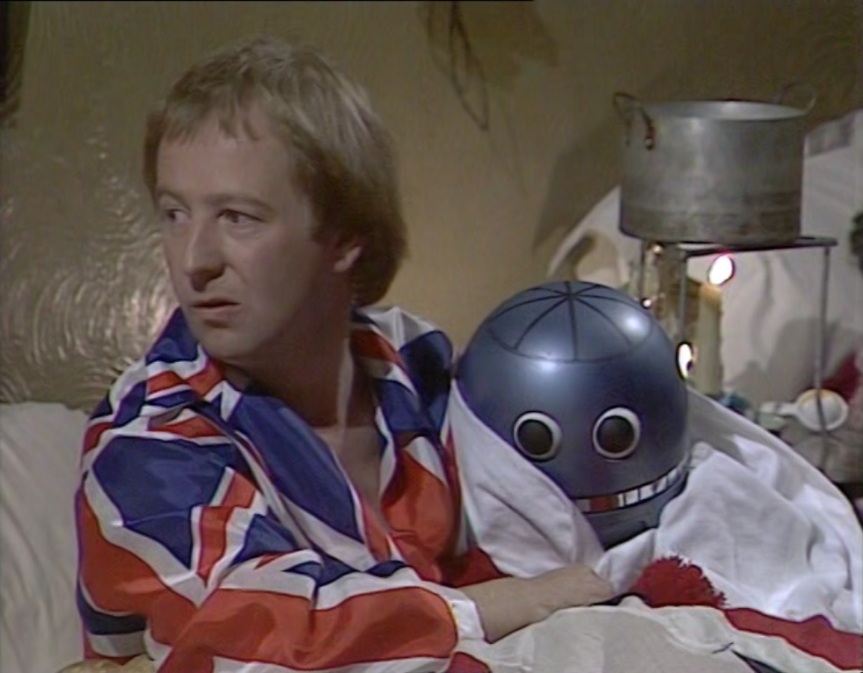 Last month, we watched the first episode of the final series of The Goodies and I hoped that the other installments that year would be a little more entertaining. Happily, “Robot” is a lot funnier, but unhappily, it’s also full of inappropriate-for-a-seven-year-old gags about Swedish au pairs and their kinky turn-ons. Ours didn’t know what any of that meant, but I think this one’s going back on the shelf for a couple of decades.

For those of you without kids in the household, Graeme and Tim and their computer decide to replace Bill with automation, but then end up accidentally rehiring him, disguised as an au pair, to care for his replacement: a robot that grows from an oil-guzzling baby into a surly teenager voiced by David Rappaport. There’s the usual location-filmed slapstick gags, this time involving unsafe playgrounds and angry, sentient fridges and gas ovens. Our kid howled with laughter, and maybe a couple of decades from now, he’ll have another chance to giggle at this.