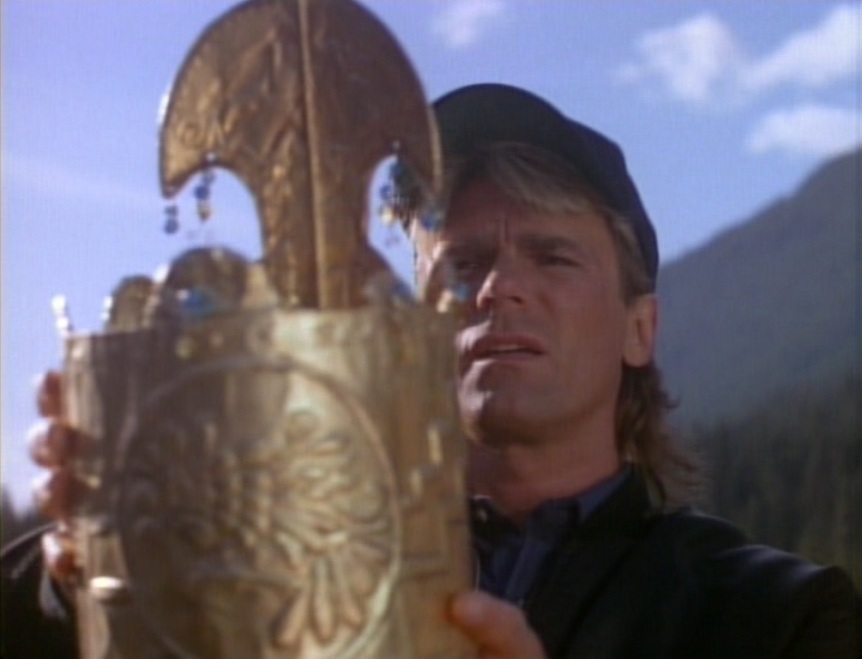 When we started watching the third season of MacGyver, I expressed a little disappointment that they’d moved production to Vancouver, because seeing eighties L.A. in the background is just so much more interesting. But credit where it’s due: the crew trekked to some remote spot in western Canada for this afternoon’s episode that looks a whole lot more like the mountainous regions of Peru than any place the production might have visited in southern California.

So yes, this episode looks good, and it’s a pretty entertaining hour all around. Treasure Hunt MacGyver is always more satisfying than Social Conscience MacGyver. Even though there are a couple of plot “twists” that are obvious from space, this kept our son guessing and it provided a little more evidence that old cultures could build some interesting feats of engineering. His rationale between accepting the archaeological finds of this but questioning the same sort of construction in the first parts of The Feathered Serpent doesn’t make very much sense – if I understand him right, it seems to come down to a question of “how did they know it would work” versus “clearly it did” – but I’m pleased that he’s using his head.