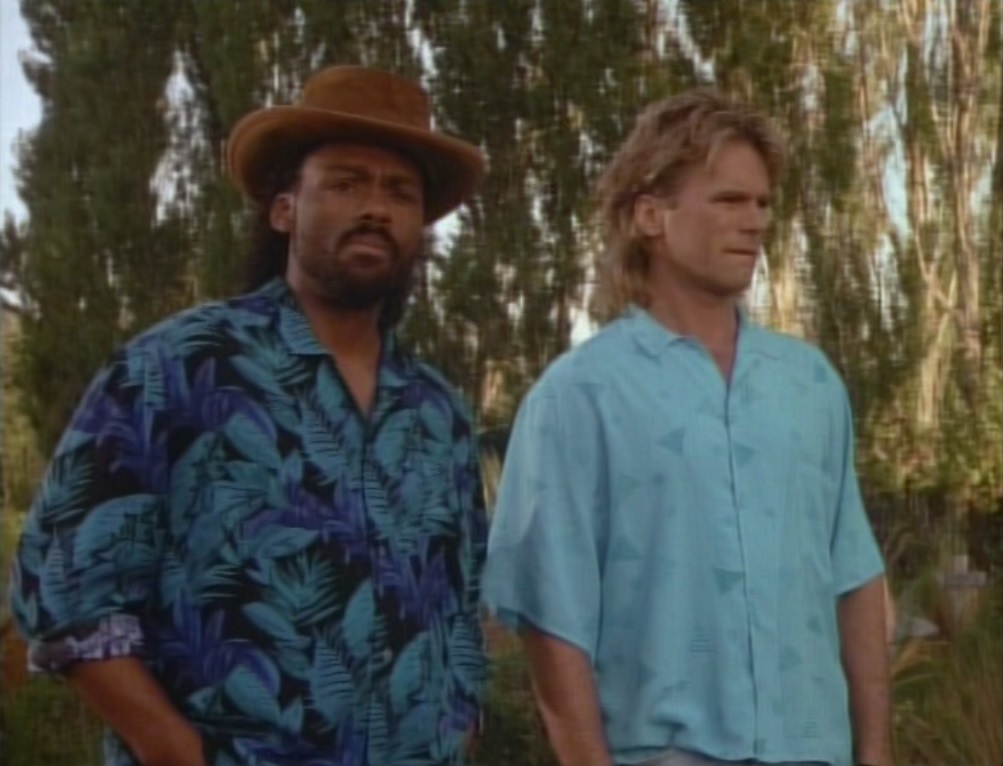 I picked tonight’s episode to get another look at Richard Lawson’s recurring character of bounty hunter Jesse Colton. In it, he and MacGyver are running around Bangkok looking for stolen medical equipment.

It’s dire. It’s social conscience MacGyver again. If Little Susie doesn’t get her dialysis machine back, she’ll die, and the US Embassy isn’t getting the visas issued so all these kids can go to America for special treatment, and Jesse has a surprise son who feels that he abandoned him and his dead mother fifteen years ago, and there’s a one-legged dog who inspires everybody by trying real hard. Okay, I’m lying about the dog, but he’d fit right in.

One thought on “MacGyver 5.5 – Second Chance”