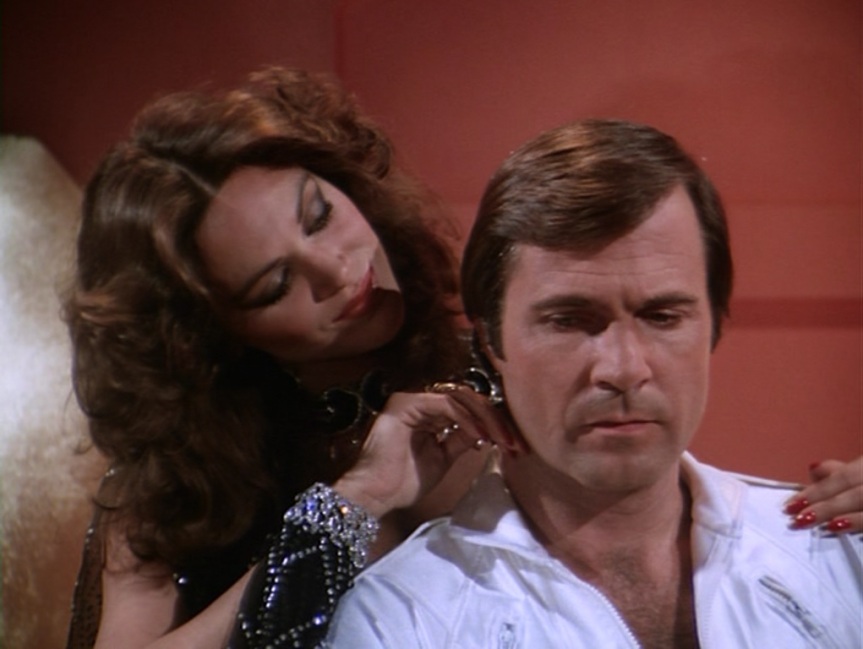 Episode 16 was a clip show, so we skipped it. Life’s too short.

In the last two weeks, our son’s had to put up with the returns of the Cybermen and the Master, and he wasn’t happy about either of them. Cue another match with Princess Ardala, Kane, and Tigerman. After sighing the most ridiculously fake stage sigh you’ve ever heard, he growled “Not HER!”

We chatted a little about it afterward. The little dude just does not like recurring villains. “You like the bad guys who get beat and stay beat, don’t you,” I asked. “I loved those giant spiders in Doctor Who the other night (three weeks ago), because they were new, and they died,” he clarified. I thought about that for a minute and considered the possibility of Chris Noth’s character, Jack Robertson, making a comeback one day. “What about that really rich American guy in that episode, the one who caused all the trouble? You never know, we might see him again one day.” I’m not entirely sure how to spell his response. Possibly “Nuhbleeurrrgh.”

Anyway, he sighed and squirmed all the way through this one, only perking up when spaceships start blasting each other at the very end. He’s enjoyed most of this show a whole lot, but not Ardala’s two repeat appearances. As for me, I didn’t think it was too bad, but I was probably distracted by the wardrobe people dressing the beautiful Pamela Hensley in her most ridiculous costume yet. She spends most of the hour wearing this purple thing with a high collar and shoulder pads so thick they might have been made from lawn furniture. At one point, she’s made clones of Buck and one of them spends literally two hours giving her a shoulder rub. That costume was so thick that after two hours, she probably hadn’t felt a thing.