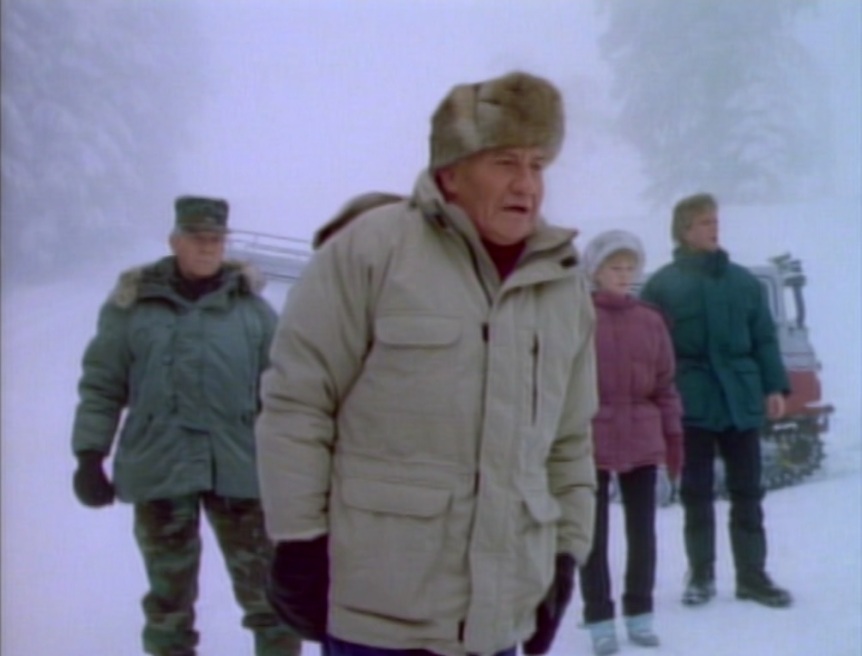 I picked today’s episode because one of the guest stars is Walter Gotell, who appeared as the Soviet General Gogol opposite Roger Moore and Timothy Dalton in six of the James Bond films of the seventies and eighties. It’s a good treasure hunt adventure story, and an amusingly well-timed one. Our heroes are up in the Arctic Circle looking for a crate of gold bars that went down on a Soviet airplane in 1944, and the survivors of the crash rigged up their ice cave with the same sort of traps that we watched Indiana Jones navigate around when we saw Raiders of the Lost Ark just a week ago!

Our son really enjoyed this story, which features a couple of very fun impromptu gadgets, a runaway ice sled, C4 explosives, and some creepy frozen corpses. Because I’m a jerk, I grumbled a little inside because neither the tree-filled location nor the one-step-above Land of the Lost ice caves really fooled me into believing this was really the Arctic Circle, but credit where it’s due: this was an honestly entertaining episode of the show, certainly better than the average. Unfortunately, this was writer David Engelbach’s only MacGyver credit, and it looks like he retired to teach screenwriting after this. That’s a shame. With this as a calling card, plenty of early ’90s adventure shows should have been proud to offer him a staff writing job.