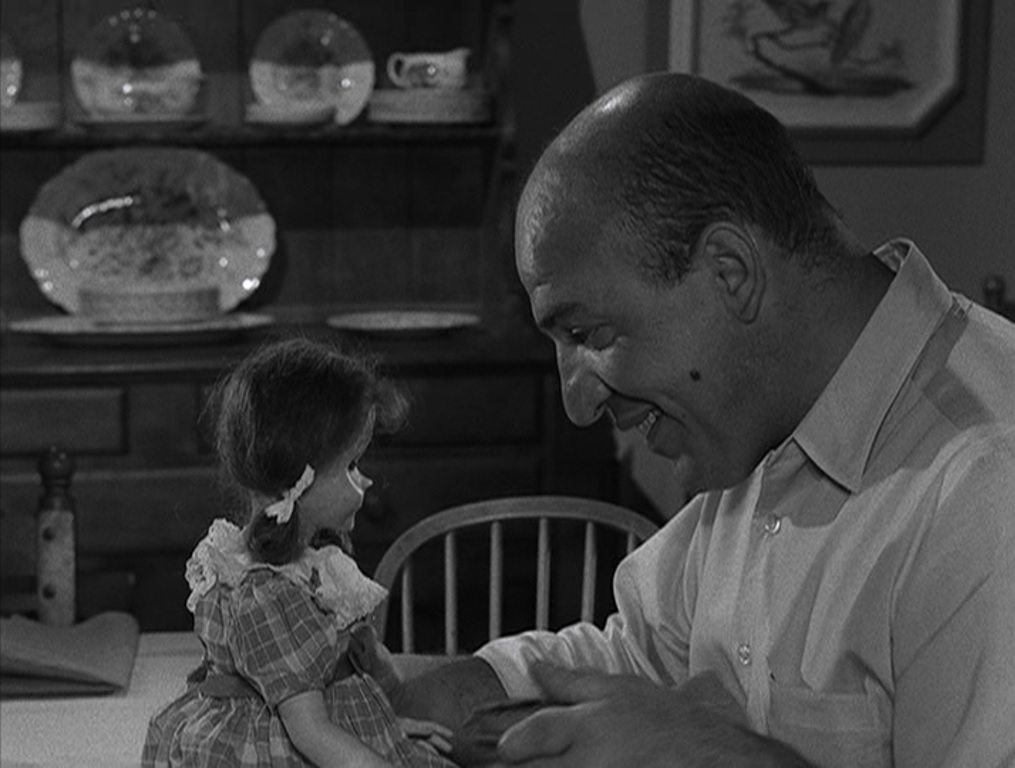 This wasn’t the first time that we went into a celebrated and famous installment of The Twilight Zone, this one written by Charles Beaumont, and I ended up loathing it. Yet again, it’s a trip back to the weird, stupid, and bizarre days when completely incompatible people got married for God-knows-why.

I started with a grain of sympathy for Telly Savalas’s character, because it’s strongly implied that he did not know that his wife had a daughter from a previous marriage, and his new(ish) wife deliberately hid this, surprising him with “two for the price of one.” He is apparently unable to have children, and she judges everything he does as resentment. But he’s far from sympathetic. That grain I had dwindled and died pretty quickly as his already aggressive and unlikable character descends into irrationality, and when he privately smiles when nobody can find his stepdaughter’s Talky Tina doll, which he’d thrown out, I was ready for Talky Tina to go all Chucky-from-Child’s Play on him.

There’s value in old TV like The Twilight Zone even when it doesn’t entertain. It’s a window to the awful world that the Greatest Generation and the Boomers perpetuated, where it was preferable to be miserable together than either happily divorced or “living in sin.” As fiction, it’s impossible for me to look at this as anything other than the story of two horrible adults getting what they deserve. As history, it’s another reminder that the “good ol’ days” were often incredibly rotten.

On the other hand, our son at least seemed to enjoy the amusing shock of the stepdad answering that telephone call at the commercial break…