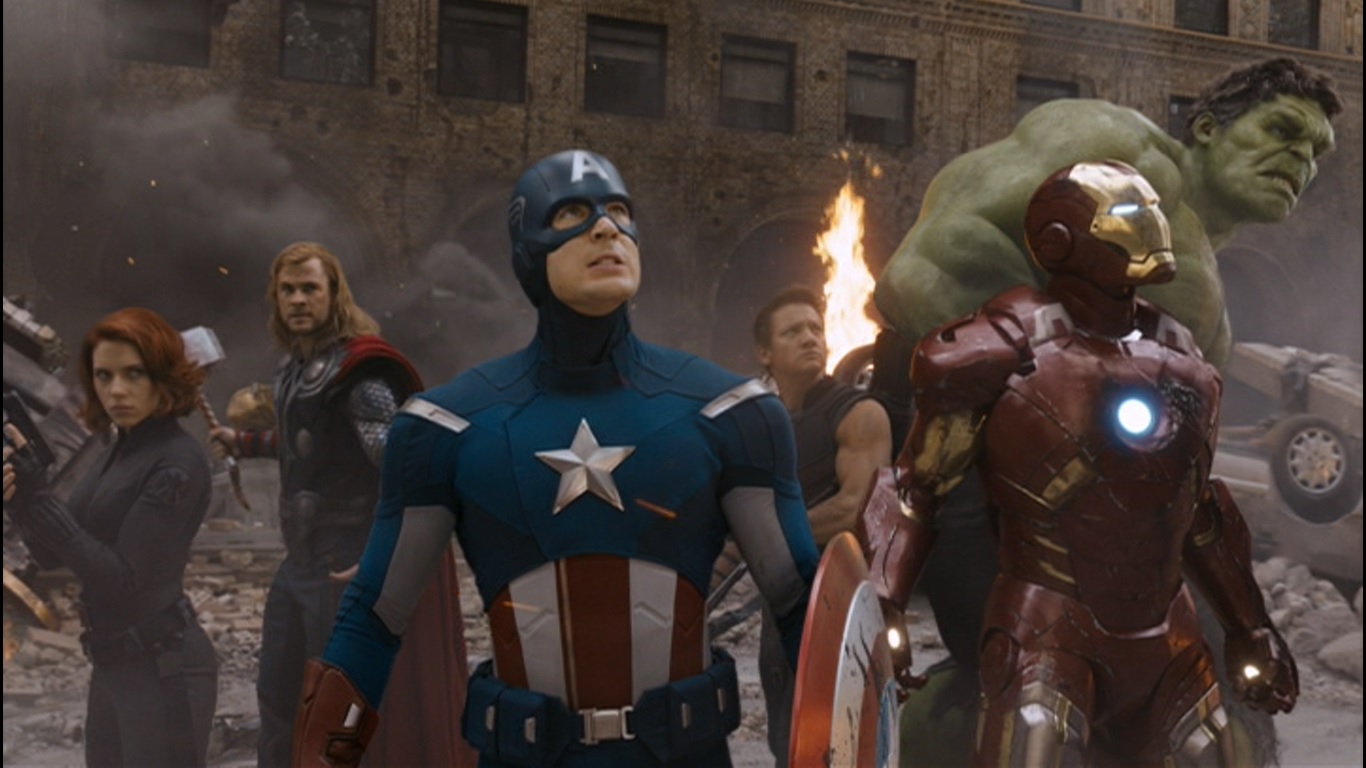 More evidence, as if any were needed, that a good movie is elevated when you watch it with an appreciative kid. I like The Avengers just fine – I keep telling our son that these are the other, lesser Avengers, but I don’t think he’s buying it – but I’m pretty sure he’s thinking this is the finest achievement in motion picture history. I thought he was going to explode when Thor and Iron Man have their fight.

Every joke that involves the Hulk in the final fight had our son roaring. Some others bombed with him because he didn’t understand them, which just means he’s going to appreciate the movie more and more as he gets older. On that note, he got a little impatient after the attack on the Helicarrier, and when Black Widow and Hawkeye have their heart-to-heart, he tuned out, as you’d expect a kid to. I really must remember to watch this again with him sometime and see whether he understands the character stuff better, particularly all the interesting manipulation going on as both Nick Fury and Loki place bets on how our heroes will react to various bits of challenging information.

That’s about all I have to say, but for posterity, The Avengers is the sixth Marvel Universe movie, it’s directed and co-written by Joss Whedon, and it features the debut of Mark Ruffalo as Bruce Banner and the Hulk. Everybody else is all present and correct, and my favorite bit is when Captain America shows up in Stuttgart to save that old man’s life and you just know that Loki’s about to get a knuckle sandwich. Our son was taken by just about everything else, and was dazed by that long final fight.

Finally, he was totally charmed by the second credit scene in the little deli and its quiet awkwardness. Of course, now that I have said that, I’m a little peckish. I wonder whether I can persuade my family to go to Ankar’s and get some shawarma for supper tonight. It may not be “best in New York City” good, though.