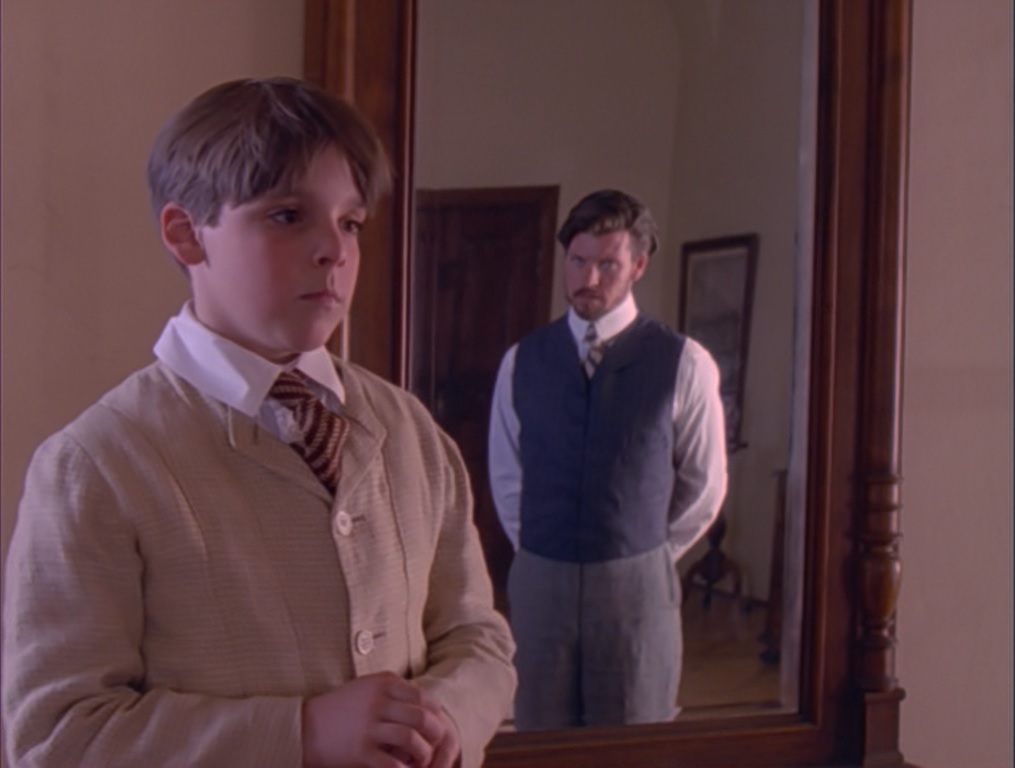 You have to admit that Lloyd Owen had a pretty thankless and very difficult task in playing the role of Indiana Jones’ father. Sean Connery created the role in the movie Indiana Jones and the Last Crusade, set in 1938, and Owen had to get some sympathy from the audience as a worried father while most of the audience knows that these two characters are going to spend most of their adult lives not speaking.

This segment is really, really talky. Indy and his dad get some bonding time when they go to one of those hanging monasteries outside the Greek town of Kalambaka – the same one where they filmed the climax of For Your Eyes Only – to translate some medieval books in their library. Henry Sr. decides to introduce his son to Aristotlean logic. It’s not the most exciting thing we’ve ever watched. Later on, some goats eat their clothes while they’re bathing. At least that got our son giggling.

As with the previous hour, this segment was originally shown as part of the TV movie Travels With Father on the old Family Channel in 1996, with the script for both segments credited to Frank Darabont, Jonathan Hales, and Matthew Jacobs. The TV movie was cut and edited at least somewhat differently for its DVD release.