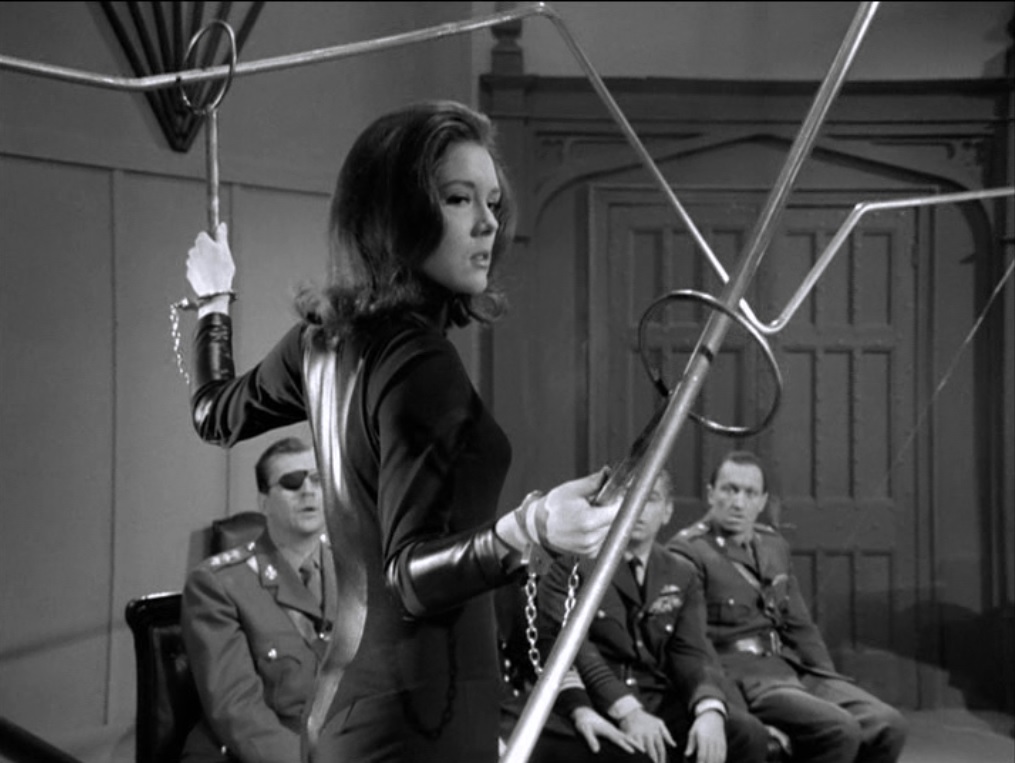 Here’s another fourth season Avengers with a pile of great character actors from the period. This one features Nigel Davenport, Moray Watson, and the awesome Douglas Wilmer. Unfortunately, there’s that law about using a high-profile actor like Wilmer working against the writer’s intention here. Roger Marshall had scripted a few of these already, and we’ve become used to the stock character of a specialist doctor, usually employed by Steed’s branch of the ministry, not having an enormous amount to do with the plot. But Wilmer doesn’t play those kinds of characters, and there are exactly two suspects available who could be the mysterious “Apollo,” the leader of the Danger Makers. It’s probably going to be Douglas Wilmer.

This is the episode with the nailbiting scene where Mrs. Peel gets initiated into a society of thrillseeking military men by way of electrified poles and see-saws. It’s impossible to watch without holding your breath. The whole thing is hugely entertaining, but it required some more explanations than usual for our kid. We didn’t bother with one of the villains’ hobby of phrenology; we were already behind with explaining chicken runs and Russian roulette. We chose to emphasize that nobody really plays that, but he’s going to see an awful lot of it in movies and TV. At least I hope nobody really plays it.

One thought on “The Avengers 4.20 – The Danger Makers”