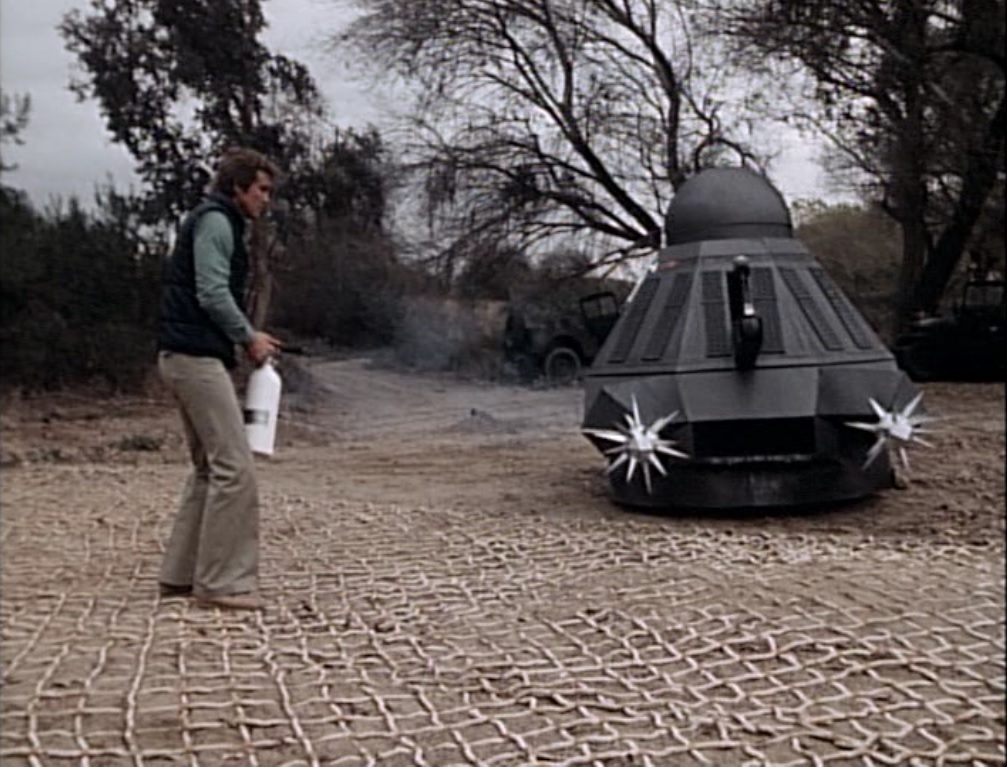 That was actually much more entertaining than the first story. It was still pretty tedious, but never as stupid as the original one. It’s remarkable just how short and to-the-point this one is. There are virtually no other speaking parts beyond Steve and Oscar. Everybody else who does appear gets maybe two scenes. Steve and Oscar try a tactic to stop the Probe, it doesn’t work, they go back to the command post, get another idea, and go try again.

And do not let our son fool you. He certainly claimed to hate the Probe, but he got incredibly excited this time out. He was enjoying the heck out of this… and then he realized I had noticed him and he tried to downplay things. “Yeah, that was pretty cool…” he said at the end. If you’re between the ages of about six and nine, this is probably going to be some epic, memorable television. Older than that… well, the most challenging thing for Lee Majors in this one was maintaining his composure when the Probe blasts the engine of the bulldozer he’s driving, sending sparks everywhere. Everybody’s playing second fiddle to a big black tank. It’s not really an hour of entertainment for grownups.

This was the final appearance for the Probe, and indeed the last time any of the recurring villains or baddies would appear in either of the bionic series. But the Probe had one last outing in another time and place. The prop was redressed and used in 1980 as the Crimebuster in the Andy Kaufman comedy Heartbeeps. I can appreciate Kaufman, but the Crimebuster is the only good thing about that movie! I wonder whether the prop ever appeared anywhere else, or whether it was sold off to a collector. It was probably scrapped, but maybe it’s still in some garage someplace.